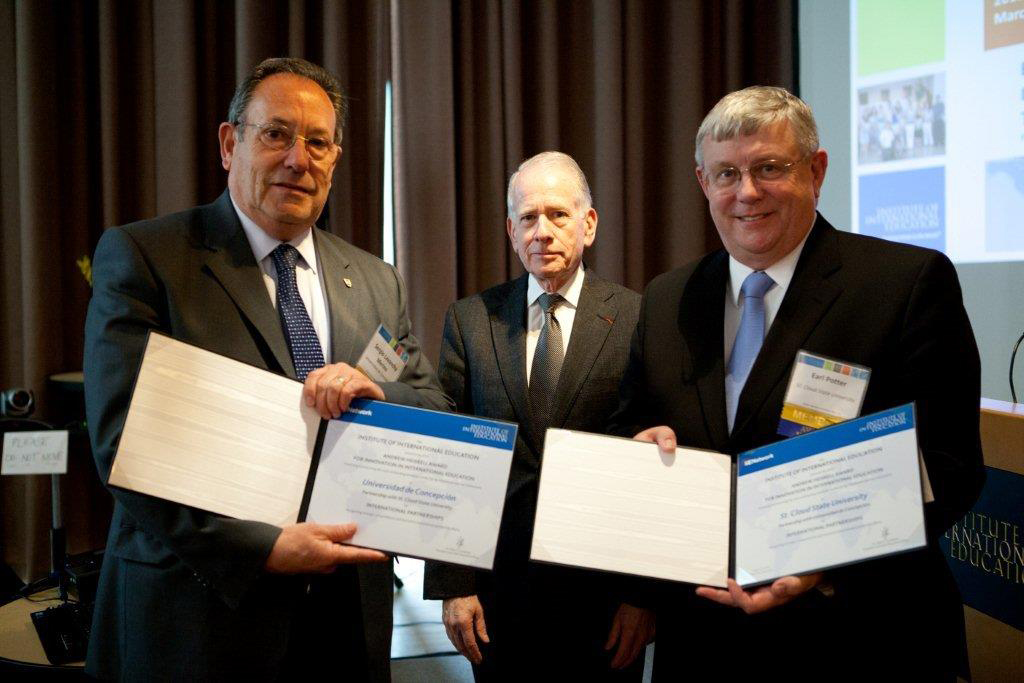 The Institute of International Education (IIE) has honored St. Cloud State with the 2013 Heiskell Award for Best Practices in International Partnerships — recognition of the university’s 11-year-old multidimensional partnership with the Universidad de Concepción in Concepción, Chile.

“The awards showcase the most innovative and successful models for internationalizing the campus, study abroad and international programs in practice today, with a particular emphasis on initiatives that remove institutional barriers and broaden the base of participation in international teaching and learning on campus,” according to the IIE news release.

“This year’s winners have developed new approaches to extending more international opportunities to a broader segment of their student populations,” said IIE President and CEO Allan E. Goodman. “We appreciate the winners’ commitment to expanding access to study abroad and building partnerships, and we are pleased to recommend these programs as models for other campuses to learn from as they plot their own internationalization strategies. The Heiskell Awards are designed to strengthen international education in the United States and around the world.” 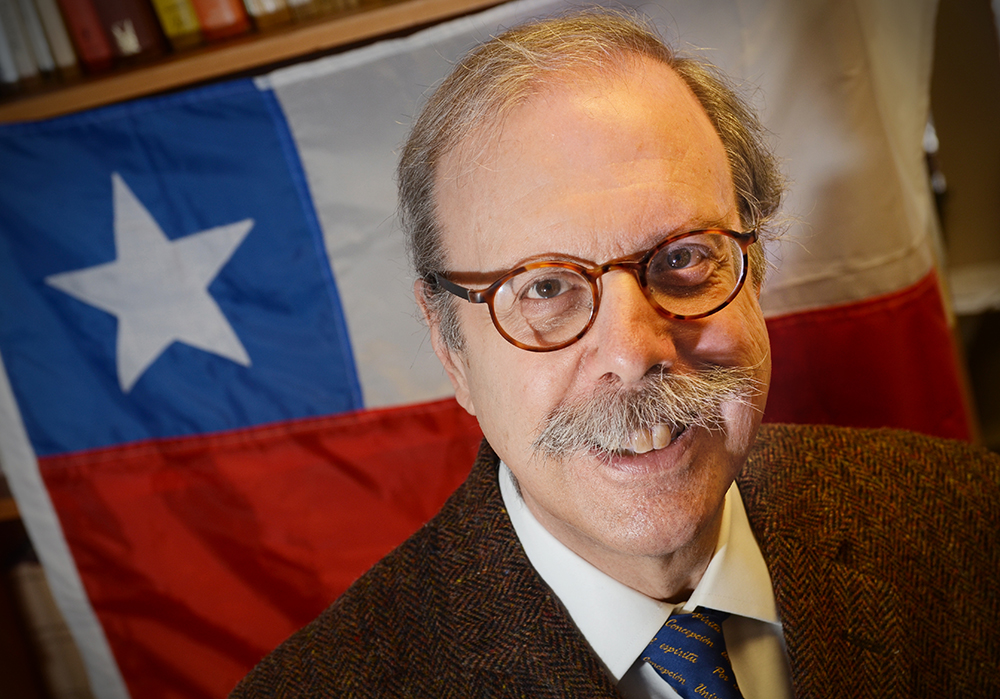 nthropology professor Robert Lavenda has led the establishment of St. Cloud State’s partnership with Universidad de Concepción in Chile. The work was recently honored with the Andrew Heiskell Award for Best Practices in International Partnerships. Photo by Adam Hammer ’05

The burgeoning relationship between St. Cloud State and Universidad de Concepción began as most successful collaborations do, with a combination of vision, strategic thinking and openness to new opportunities. The relationship expanded because leaders on both sides have shared a strong commitment to building and sustaining a deep, rich partnership.

“We sent a delegation to Chile and decided the Universidad de Concepción made the most sense,” Lavenda said. At the time he had no way of knowing how many fertile branches the new relationship would develop in future years.

Lavenda’s keen interest in Latin America has its own rich history. The Dartmouth College and Indiana University graduate’s Ph.D. dissertation was based on field work he did in Venezuela in 1974-75. In summer of 1978 he took a group of students from the University of Minnesota — Morris on a field study to Ecuador. When he joined the St. Cloud State faculty he became active on the Latin American Studies committee, and he was a leading force in the planning that led first to the Costa Rica program and later the model Concepción program.

“In fall of 2001 the first group went to the Universidad de Concepción under the direction of (now language professor emeritus) Elaine Carter,” Lavenda said. “They had a fantastic time.”

Senior nursing student Diana Gehrman, second from left, with some of the friends she made on staff of the Concepción hospital she worked in during her study abroad experience. Submitted photo

The first two Concepción students came to St. Cloud in 2003. That year St. Cloud State language professor Phyllis Van Buren, a leader in a regional organization for Spanish teachers, invited professor Omar Salazar, who teaches linguistics at the University of Concepción, to travel to Minnesota to speak to their group. This became an important step in the partnership.

During his time in Minnesota, Salazar visited the St. Cloud State campus and declared it would be a natural fit for exchanges between the two universities’ communication disorders programs. “In the summer of 2005 the first four students came from Concepción and had a very successful time,” Lavenda said. “Twelve students came in 2008.”

The range of exchanges has continued to strategically expand, and Lavenda and Salazar have officially become counterparts — directing and overseeing the growing opportunities offered by the partnership they have strategically nurtured in fields including anthropology, sociology, psychology, audiology, nursing, Spanish and education.

One particularly successful program is the student teacher cooperative, now in its fourth year, through which St. Cloud State and the Spanish Immersion program in the Minnetonka School District host Concepción students for their student teaching. “Ramon Serrano and Elizabeth Valencia-Borgert are current supervising faculty for this immensely successful program,” Lavenda said.

“Ultimately, I think that our study abroad experience will forever change our perspective on world healthcare, culture and language.”

These programs soar because of faculty who demonstrate interest, dedication and willingness to do the work, Lavenda said. “They are a testament to a lot of people who have a personal interest in bringing them along — and huge administrative support on both sides.”

“The partnership with the Universidad de Concepción has yielded wide-ranging benefits for both institutions and their communities that were not anticipated even as the relationship matured,” said St. Cloud State President Earl H. Potter III in his spring semester convocation address in January, which focused on internationalization.

But the true beneficiaries of the many exchange opportunities the Concepción partnership offers are the students on both ends of the partnership.

Diana Gehrman, a senior from St. Charles and one of four St. Cloud State nursing students who spent a month during fall 2012 semester working in hospitals and with health care agencies in Concepción, said of her experience: “Ultimately, I think that our study abroad experience will forever change our perspective on world healthcare, culture and language. We’ve learned about how different other countries are, and how that contributes to their greatness, not only in healthcare, but as a way of life.

The importance of respecting others and the way they live, the patience we learned, and the lifelong friends that we met will forever impact our lives. We can’t offer enough thanks for providing and allowing us to participate in this experience which we are certain will undoubtedly make us better nurses, increasing our abilities to care for our future patients.”