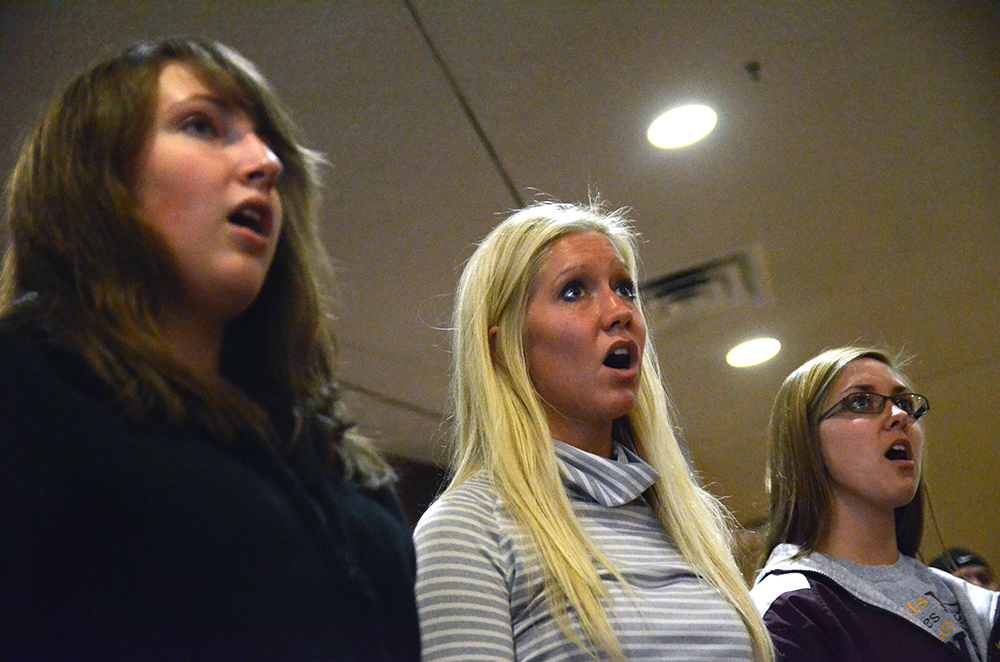 St. Cloud State has long served as a cultural and entertainment hub for St. Cloud and Central Minnesota. Grand spaces, intimate stages and outdoor venues are among the settings for entertaining evenings. Many departments add unique programming to a campus calendar filled with concerts, interactive entertainment and sporting events.

The Lemonade Concert & Art Fair is one of the longest-running community engagement events on campus, having celebrated its 40th annual event at St. Cloud State last summer. The event brings thousands to campus and features a concert with the St. Cloud Symphony Orchestra, which often also features concerts in Ritsche Auditorium in Stewart Hall.

The art, music and theater departments engage the greater community with thought-provoking exhibits and performances. In addition, the Department of Campus Involvement collaborates with students to plan an array of cultural offerings, including the Atwood After Dark series and a variety of local, regional, national and international talent. The Department of Theatre, Film and Dance presents annual runs of their International Film Series and a theater season line-up that this year will include a production of “Avenue Q” in April 2014.

Movie nights and the Open Mic series in the Atwood Quarry build campus community. The campus setting for the Open Mic, which continues to grow in popularity, allows for great freedom of speech and expression. “Communities need a voice,” said David Hanley-Tejeda, assistant professor, Department of Communication Studies. “An open mic is essentially an open forum.” 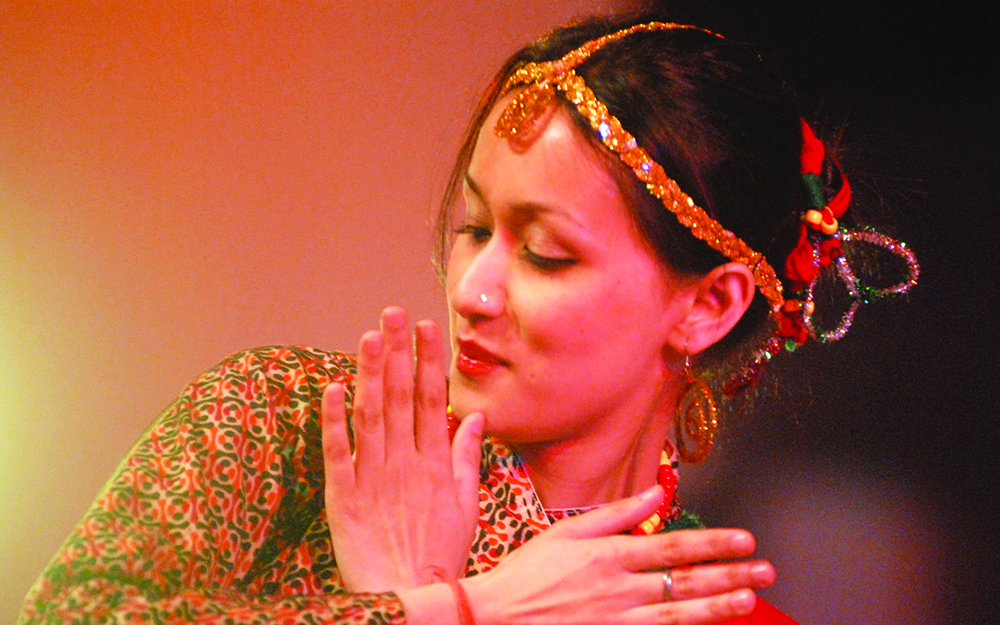 Nepal Night is just one of the many examples of cultural nights that engage the campus and greater St. Cloud communities. File photo

Cultural nights in the Atwood Ballroom are open to the public and feature a collage of ethnic cuisines, traditional art forms and educational discussions. The evenings help reduce cultural barriers as international student organizations take the lead in sharing elements of their heritage.

Sophomore Victor Lee has participated in multiple Hmong Nights, including the College Overnight Stay for high school students, with the Hmong Student Organization.

“We showcase the lives and experiences and talents of Hmong people on campus and across the USA,” he said.

Community members are often invited to collaborate in cultural activities on campus. The Department of Music recently invited local wind instrumentalists to join with students in an evening of music making. Part social mixer, part open reading session, the evening drew about 45 students and community members who took part in a full band rehearsal.

Gallery spaces in the Kiehle Building and the new gallery space in Atwood Memorial Center feature exhibits of student and faculty/staff works, as well as juried shows by regional and national artists.
The James W. Miller Learning Resource Center also has recently begun expanding its event offerings though art exhibits, author appearances, movies and even music.

There are more events and community-building efforts than could ever covered in full here.