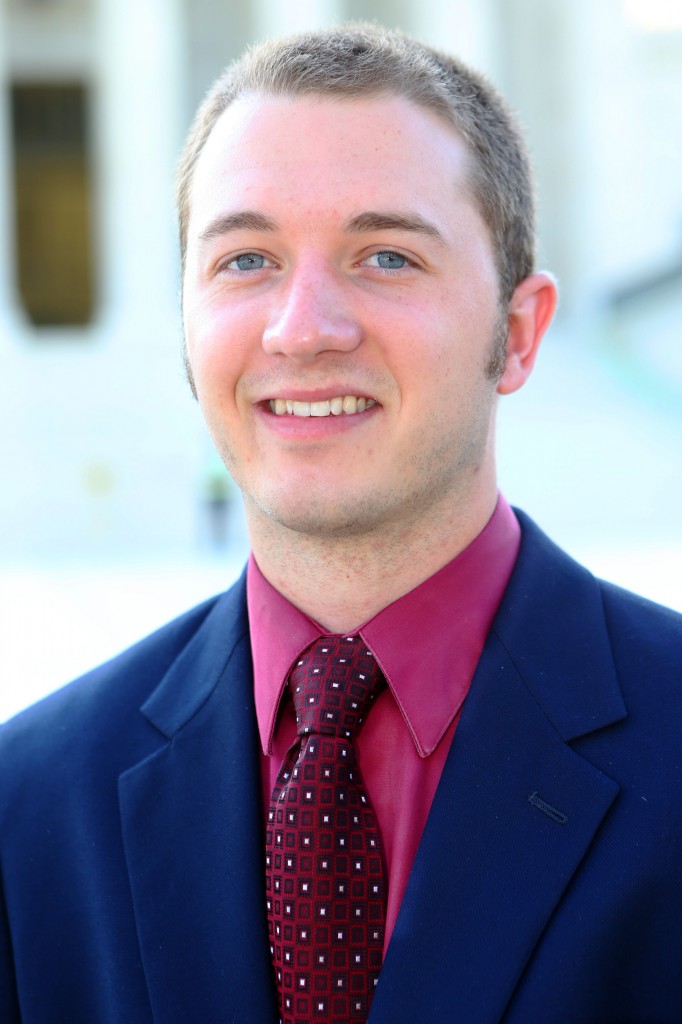 Mark Wiese ’13 received an up-close look at the nation’s highest court when he recently received a “once-in-a-lifetime” trip to visit the Supreme Court in Washington, D.C.

Wiese, a history teacher at Mankato West High School, was one of 21 teachers selected nationwide to take part in the ninth annual Federal Trials and Great Debates in United States History Summer Institute for Teachers in the nation’s capital.

“We worked as a group to design new lessons and activities on the Pentagon Papers and the issues surrounding it,” Wiese said in an interview with The Mankato Free Press. “The group I was in talked about public perception and media portrayal of the event.”

The summer institute is designed especially for teachers of U.S. history, government, civics and law. The institute deepens participants’ knowledge of the federal judiciary and of the role federal courts have played in key public controversies that have defined constitutional and other legal rights.

“When you tell students you’ve met the Supreme Court justices and have actually been there, it means a lot to them,” Wiese said.

“I use Mark as an example of what every single college student should do no matter what their major.”

This is a longstanding set of accomplishments for Wiese in his young career. In the summer of 2013, he attended the prestigious George Washington Teachers Institute in Mount Vernon, Va., for an intensive week of study at Washington’s home.

Wiese was the university’s second student to attend the George Washington’s Teacher Institute. St. Cloud State is the only university that is allowed to send college students to this program. Participants immerse themselves in the study and discussion of the critical period of American history and the remarkable role George Washington played in the founding of the nation.

“I use Mark as an example of what every single college student should do no matter what their major. From the very beginning Mark threw himself into this program and got involved with everything he possibly could,” said Kyle Ward, director of social studies education at St. Cloud State. “It’s clear that Mark has continued on with this idea of being involved and improving himself in order to be a better teacher.”

St. Cloud State’s social studies program’s relationship with the institute has grown in recent years due to the institute getting to know the program and the students through past conferences.

“We have also been able to send top notch students to these institutes which has only helped bolster our reputation with them,” Ward said.