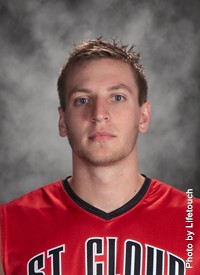 After suffering a devastating knee injury during his senior season at St. Cloud State, Rothstein never gave up on his goal, undergoing intense rehab to bring himself back to premium athleticism and ultimately earning a contract with the Spanish basketball team Grupo Inec Zamora of the Liga Espanola de Baloncesto Amateur.

“Anyone who knows me knows that my dream since I was little was to play professionally. That was the goal while I was in high school and college, and when I got the opportunity I jumped at the chance,” Rothstein said.

A graduate of St. Michael-Albertville High School in 2008, Rothstein garnered the attention of several colleges interested in his basketball abilities, including multiple Division I offers. However, his deciding on St. Cloud State University was dependent upon the needs of his family.

“To be honest, I chose St. Cloud State University because it was located in a city where almost all of my family was able to travel to so they could watch me play. Also, I did like that I had the opportunity to be the go-to-guy with hard work and in a winning program as well,” Rothstein said.

While in college, Rothstein quickly became that go-to-guy. The 6-foot-6-inch forward immediately became a key player his freshman year, seeing playing time in all 31 games. The following season, Rothstein was named Team Defensive Player of the Year on a team that advanced to the Final Four of the NCAA Division II National Tournament.

After an injury earned him a medical redshirt for the 2010-2011 season, Rothstein came back stronger than ever, leading the Huskies to the semifinals of the NCAA Central Region Tournament and cementing his name as one of the elite players in the conference.

“While playing for the Huskies, I knew the whole time my goal was to play professionally upon graduating. I worked hard every year to progress my game more and more to the point that, by my junior and senior year, I was a go-to player,” Rothstein said.

Late in his senior season, however, Rothstein’s basketball career at St. Cloud State came to a sudden end.

Averaging a team-high 17 points per game, Rothstein went down with a severe ACL tear that ended his season with only five games left. It would be a long and difficult road if he wanted to achieve his goal of playing professional basketball.

He graduated that May with a degree in exercise physiology and was left with the decision to either pursue a regular career or start rehabbing to get back into shape. 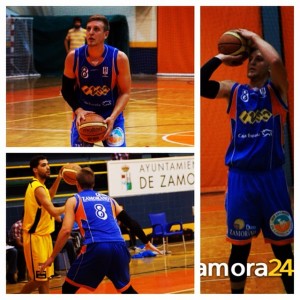 “At the end of the 2013 season, I tore my ACL, MCL and meniscus. I spent the whole summer in rehab and was talking to a Spanish team that was interested and even called my doctors to get clearance to play six months after my surgery,” Rothstein said.

When he was passed over by that first team from Spain, Rothstein started to doubt himself and his chances of playing professionally. It was his family that ultimately influenced his decision to continue pursuing his dream.

“My family supported my dreams and told me they didn’t care what I did as long as I was happy. I coached, rehabbed and worked out on my own the whole winter and spring of 2014 and was blessed with an opportunity to play in a pro summer league in Las Vegas with the Brampton A’s from Canada,” Rothstein said.

While playing for the A’s, Rothstein excelled against other professionals and proved to other teams, and himself, that his leg was fully healed.

Following the summer season, Rothstein signed a deal with the Zamora club and began his professional career on Oct. 11, 2014.

Now, Rothstein is enjoying life abroad and is being looked to as the go-to guy for his new team. He isn’t completely satisfied, however, as he aspires to continue progressing through the multiple levels of professional basketball in Spain, which is regarded as one of the best systems of basketball aside from the NBA.

“Through the strength of prayer and my family I was able to achieve whatever I set my mind to. I’ve always been driven; if I want something I don’t stop until I get it, never. I’ve never been someone to give up. I take risks. I live on the edge. I don’t want a boring life; I want a life of my choosing and I achieved that now,” Rothstein said.