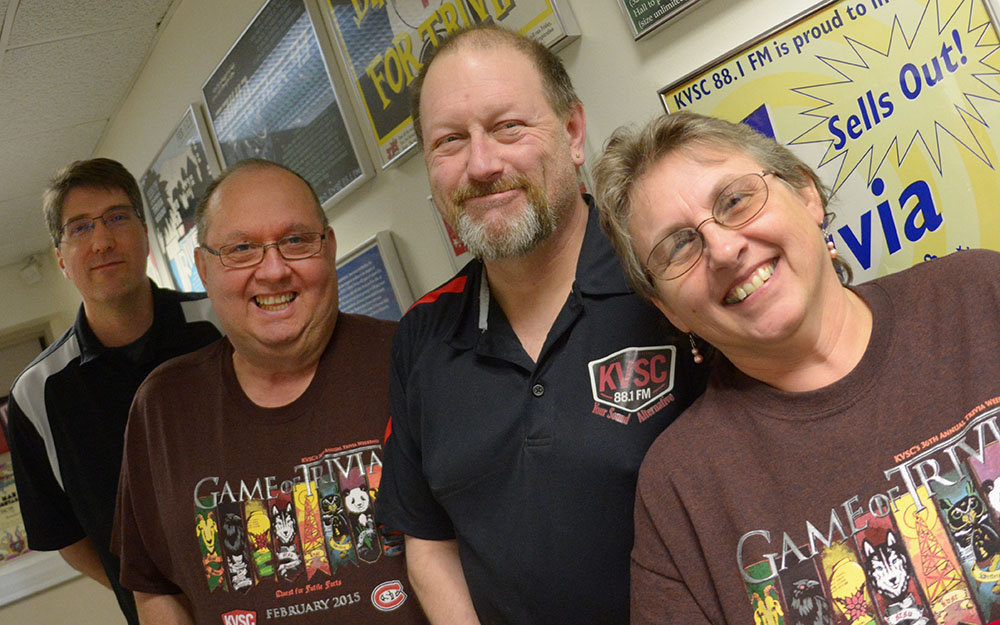 Trivia question writers Chad Schmitz, Bruce Peterson, Chuck Wiser and Sue Peterson all started their Trivia careers on teams and transferred over to the question writing side. Photo by Anna Kurth

In February, 64 teams with the world at their fingertips only had to worry about the clock as they searched for answers to 486 questions of random facts in KVSC’s 36th annual Trivia Weekend.

It wasn’t always this way.

Trivia started in 1980 as a way for St. Cloud State University dorm residents to break up the monotony of winter. Students played from campus dorms and libraries, researching their answers in books. Score keepers in the KVSC studio tabulated answers on calculators and kept track of the scores in pencil and paper with charts taped to the wall.

The radio signal, 10 or 12 phone lines and those calculators were all the technology used for the contest.

The rise of the Internet in the mid-1990s broadened the reach of KVSC Trivia. The game is now played by teams headquartered throughout the nation with members participating throughout the world. This year contestants came from Taiwan, Ireland and Egypt.

Soldiers participated on teams from their stations in Texas and Afghanistan. And an entire team was headquartered in Heidelberg, Germany.

The top ranked team, Stefan’s Dream XVI: Stefan, Warrior Princess, took home the Minnesota Masters of Trivia Traveling Trophy, an urn stuffed full of tips and inside jokes from past winners. Sigma Phi Nothing came in second, followed by IT JUST DOESN’T MATTER in third. 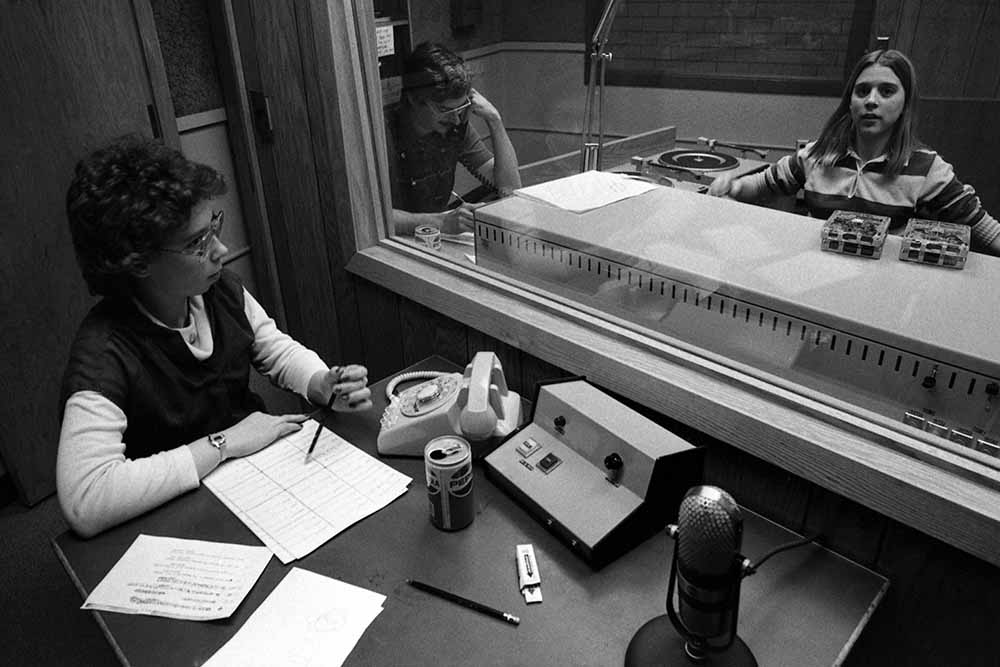 Thirty-five years after the first Trivia question hit the airwaves the contest is completely integrated in modern technology.

The KVSC signal is streamed digitally, and scores are calculated using a computerized system. Social media is used for distributing visual images for questions.

Contestants call in from cellphones from throughout the world and research their answers online or comb through terabytes of stored digital books and movie files.

Trivia writers have responded to the rise of technology and the Internet in interesting ways. Anything is fair game for Trivia writers.

History, math, science and sports all play a role. Twenty to 30 percent of questions are inspired by the year’s theme. This year’s “Game of Trivia: Quest for Futile Facts” influenced many fantasy fiction questions — especially from the theme’s inspiration HBO’s “Game of Thrones.”

Trivia’s first technology quandary came in the form of CD-ROMS — CDs that held an encyclopedia’s worth of information on one easy to search disc.

Trivia planners considered banning them, but then came the Internet. And the Internet could not be stopped, so instead Trivia embraced it, said Jo McMullen Boyer ’91, KVSC station manager. 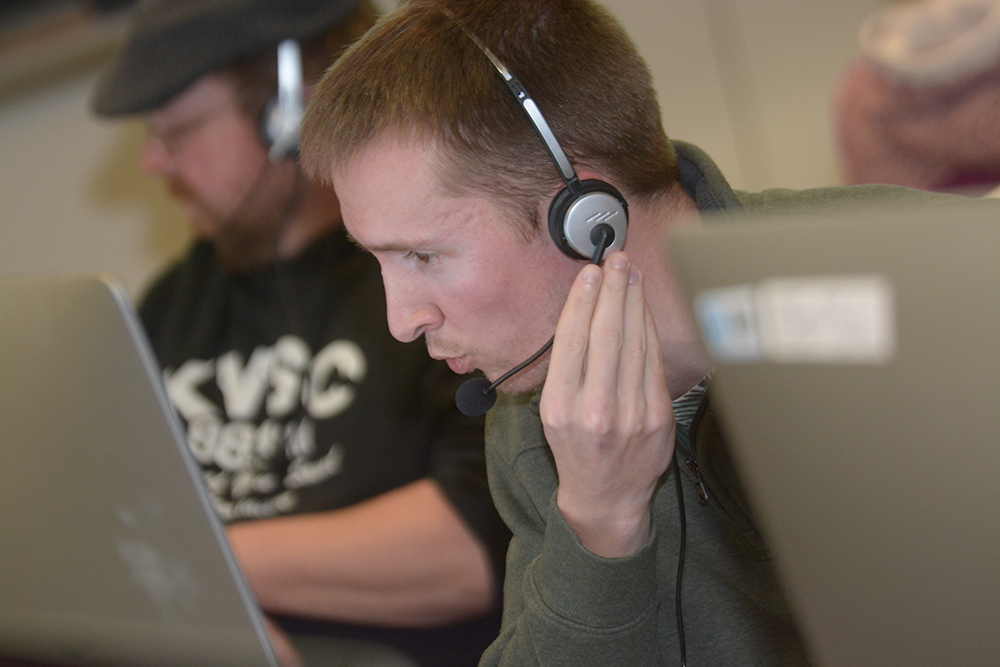 Volunteers hunker down in the phone bank answering phones as Trivia teams call in with their answers. Photo by Nick Lenz ’11

“A lot of people say it would be harder to write questions, but it’s actually been a blessing,” said question writer Chad Schmitz of the Internet, which has been a factor in the contest since he first started writing questions in 1996. “The nice thing I like about the Internet is we actually have more source material to find.”

But the Internet can also lead people astray.
This year contestants challenged a question about David Letterman’s Top 10 list. They had found a website listing Top 10 lists, but the information was inaccurate.

Like many of the writers, Schmitz started out as a Trivia contestant. He now writes questions with his wife, Nova, and six other writers.


“A lot of people say it would be harder to write questions, but it’s actually been a blessing.”

Wiser, who also volunteers in the phone bank, loves fantasy fiction. Bruce and Sue Petersen are country music fans, and Tim MacDonald is a specialist in obscure movies and TV shows, among other specialties.

The new writer this year, Julie Karst Gray, brought her love of mathematics to question writing in the form of a calculus question.

The part where the Internet throws in its curse is in giving weight to the questions, said Jim Gray, KVSC operations director.

“The writers spend a lot of time in what we call ‘Google proofing’ questions,” he said. “If it’s really easy to find, it’s getting a lower point value.”

Before the Internet and Google, books ruled Trivia.

Teams would clear off entire bookshelves in the St. Cloud Public Library and Miller Learning Resource Center on campus, while other teams would drive to neighboring towns or the Twin Cities to find books for the contest. 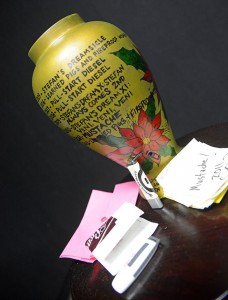 The winners of trivia are immortalized on the urn, which they take home as a traveling trophy. The urn is filled with tidbits left by each year’s winners. Photo by Anna Kurth

They also keep their cellphones at the ready, but not just for calling in answers.

Now any audio music question can be answered in seconds unless it’s a montage instead of a single song.

But the Internet and apps will only get a team so far. They still use phones to call expert sources directly or to order products with the answers hidden beneath their shrink wrapped covers.

Teams have called toy stores in Hawaii to pay for a game and have the clerk open it and get the answer from the game board, McMullen-Boyer said.

The writers also make sure to add in a twist of fun to their questions.

For Wiser, that’s the whole point of Trivia weekend.

“I think it’s just got to be fun,” he said. “I write a question if I think it’s fun or I want to hear people say something funny (when working the phone bank).”