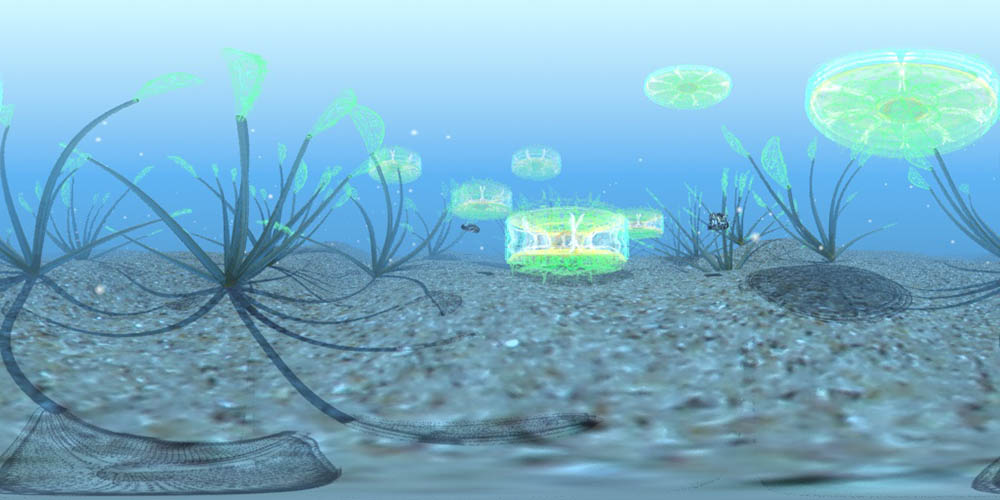 A view of “simRVR” of diatoms in a clean river environment.

“simRVR” immerses the viewer into the world of diatoms, single-celled plants, as their environment changes as a river’s pollution increases.

Faculty members Bill Gorcica, Matt Julius, Kristian Twombly and Mark Gill worked together on the video for the Sundance Institute’s Virtual Reality: The New Frontier being presented at the Northern Spark festival, a city-wide all-night art festival in Minneapolis.

The video is one of three by Minnesota artists being debuted at Northern Spark. The New Frontier exhibit includes more than a dozen videos.

After Northern Spark is completed, the video will be incorporated into a virtual museum the trio is creating for use by students at St. Cloud State and elsewhere. Julius, Gorcica and Gill earned a St. Cloud State Miller Scholars award to collaborate on the project to create interactive 3-D learning tools. 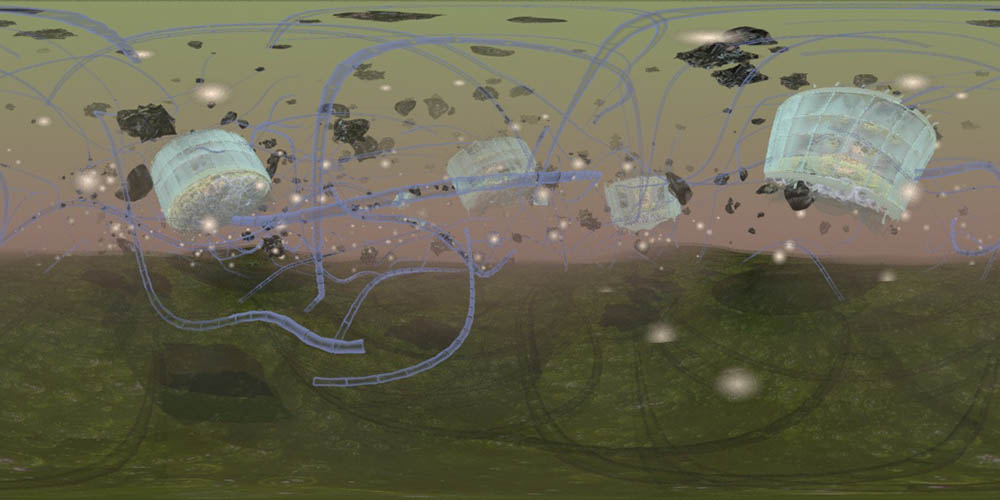 Diatoms are seen in a heavily polluted river in this scene from “simRVR”.

« Penguins’ Matt Cullen and family are craving Cup No. 2
A trip to China »