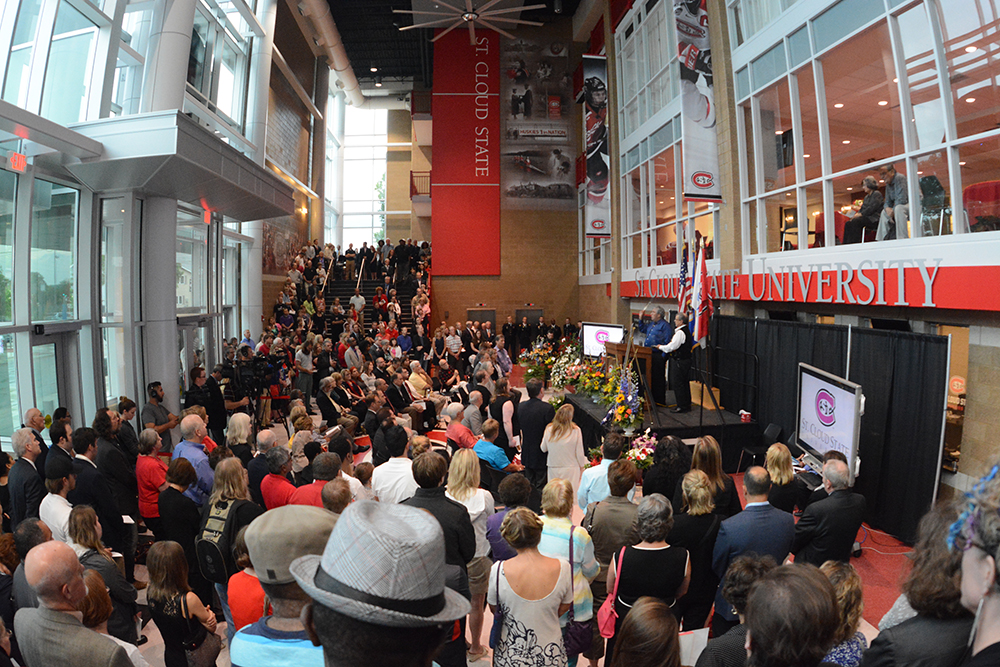 “He deeply believed in this community, the students, the faculty and staff, and community he supported — as well as the community as a whole,” Potter IV said. “Coming here he believed he could make a positive impact and he loved the students and the school.

“In fact, I know he was not ready to go. He was excited about his years to come here and the work you were all doing together.”

Student and alumni members of the Concert Choir performed the “Coast Guard Hymn” and members of the Fighting Saints Battalion and Reserve Officer Training Corp presented the colors.

Vaidya spoke about how much everyone gathered at the Herb Brook National Hockey Center expressed their sorrow for the family’s loss and extended their thanks for sharing Potter with St. Cloud State and with the world.

“It is clear to those of us that have worked closely with Earl and have spent any time with him that he loved all of you so much,” Vaidya said.

He reflected on the shared messages that have been pouring in this week from Potter’s friends and colleagues around the world that highlight the profound impact Potter had during his life and career.

“In those messages were reflections on how Earl impacted people, how he changed how they thought of themselves as educators, leaders and community members,” Vaidya said. 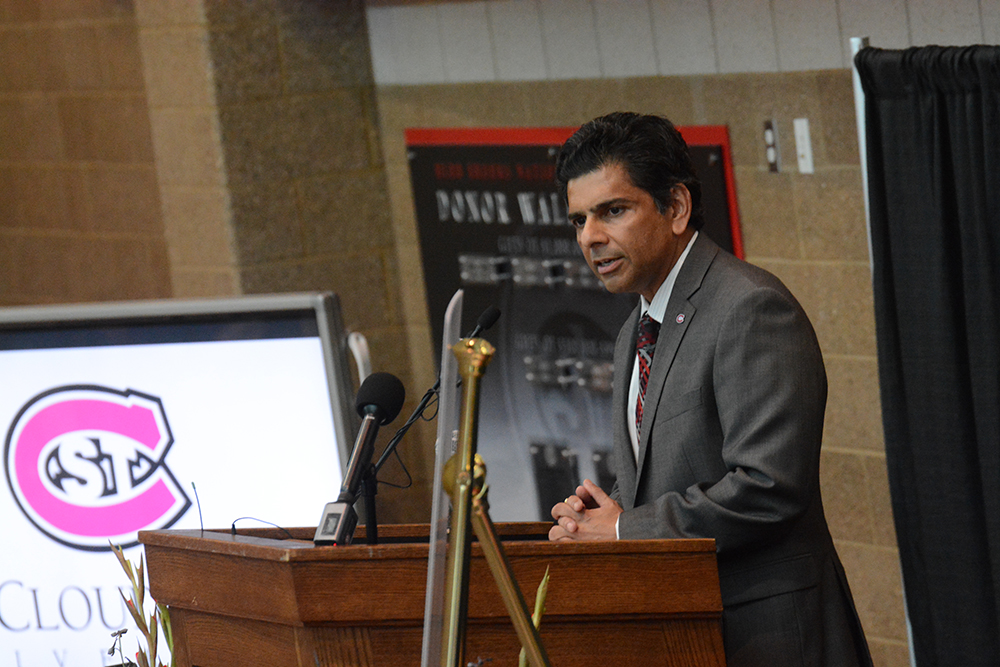 As Ethan Wayne Wittrock ’09 shared in his reflection, Potter’s leadership was about service to the country, service to students and service to each other — an idea of what leadership means that has set an example for everyone who knew him, Vaidya said.

Wittrock wrote the lyrics for “Verses Left to Write” for Potter’s inauguration, a song played during the remembrance. The music was written by Timothy John Tharaldson ’00.

Potter’s commitment to finding common ground was reflected in the blessings offered by faith leaders.

“My dad was passionate about this place and cared deeply about its people.”

The Concert Choir, led by Conductor Matthew Ferrell, returned to conclude the presentation with a rendition of the “University Hymn.”

Earl Harvey Potter IV thanked all in attendance for honoring his father and embracing his family.

“My dad was passionate about this place and cared deeply about its people,” he said. “We as a family have been overwhelmed by the support, love and assistance that you have shown us. It has been incredibly touching.” 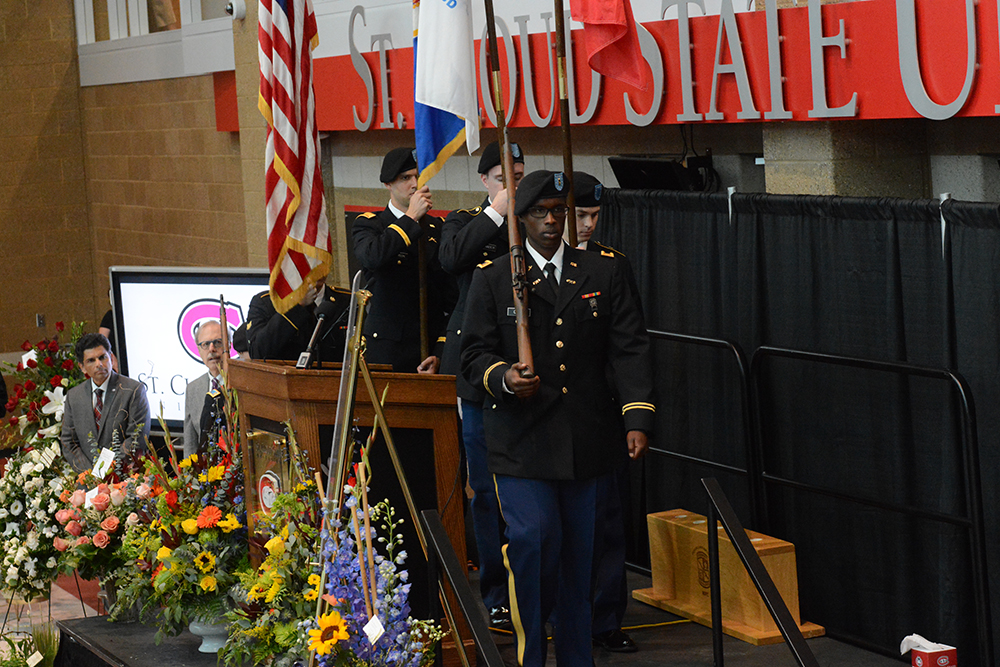 Members of the Fighting Saints Battalion and the Reserve Officer Training Corp present the colors during the gathering.