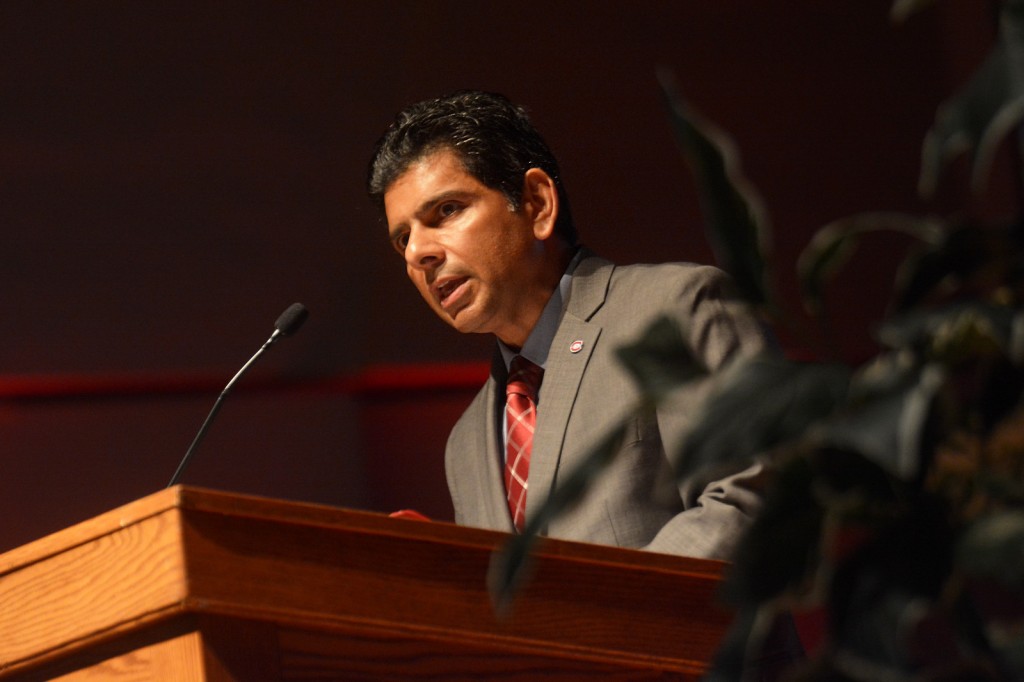 Ashish Vaidya has accepted the position of interim president of St. Cloud State University until 2018. Photo by Nick Lenz ’11

Ashish Vaidya was named interim president of St. Cloud State University by the Minnesota State Board of Trustees on Wednesday. The appointment is for a two-year term effective June 23.

The move follows the unexpected death last week of Earl H. Potter III, who had served as president of St. Cloud State University since 2007.

“The tragedy of President Earl H. Potter III’s untimely passing is still being processed by many on campus and I am in awe of the outpouring of support that our community has shown for each other and for the Potter family,” Vaidya said. “While we are all still sharing remembrances and grieving, we must never forget that we are here for our students and their success.

“We will move forward, together.”

Vaidya has served as provost and vice president for academic affairs at St. Cloud State since 2015 and was acting president in the days following Potter’s death. Previously, he served California State University, Los Angeles, from 2010-2015 as provost and vice president for academic affairs, and as special advisor to the president for regional economic development. He also served California State University Channel Islands as dean of the faculty from 2005-2010, as the MBA director from 2003-2005, and as founding director of the Center for International Affairs from 2004-2006. He holds a bachelor’s and a master’s degree from St. Xavier’s College (Mumbai, India), and a master’s and a doctorate from University of California, Davis.

“St. Cloud State University has never been stronger – a testament to Earl Potter’s thoughtful and insightful leadership,” said Steven Rosenstone, chancellor of the Minnesota State system. “To keep the university’s positive momentum going, much needs to be done. Since his arrival last year in St. Cloud, Ashish Vaidya has shown himself to be a gifted leader. As interim president, Dr. Vaidya will provide sound and energetic leadership; keep the university moving carefully but steadily forward; and maintain the university’s critical role in the St. Cloud community.”

“When I think about what lies ahead, I am heartened by the knowledge that we have a great team that cares deeply for our University.”
– Ashish Vaidya, interim president

It is imperative to the success of the students and the University that the university moves swiftly and respectfully to ensure we have consistency in leadership, Vaidya said. 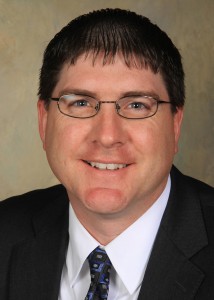 Gregory has served as the dean of the College of Science and Engineering at St. Cloud State University since 2013. During his tenure as dean, he led the implementation of the Integrated Science & Engineering Laboratory Facility (ISELF) as well as the creation of a series of new programs in the college. Prior to his service in the College of Science and Engineering, he served as associate provost for research and dean of the School of Graduate Studies from 2009-2013 and the chair of the chemistry department from 2006- 2009. Dr. Gregory holds a doctorate in chemistry from Iowa State University.

Ali gained 10 years of industrial experience before he joined academia in 1987. He has been in academic administration since 2000 at three different universities and has been associate dean and director of the School of Computing, Engineering and Environment since 2013. Ali has started numerous new academic programs, pioneered the development of advanced simulation and visualization labs on four university campuses, including St. Cloud State. He earned his master’s and Ph.D. in computer science from Lehigh University, Pennsylvania, and a bachelor’s degree in mechanical engineering from Cairo University.

“Throughout the past 10 days, I have continued to learn what St. Cloud State means to our students, to our alumni and to our community, and how Dr. Potter’s commitment to student success, community and global engagement, and diversity and inclusion, is a commitment we all share,” Vaidya said. “When I think about what lies ahead, I am heartened by the knowledge that we have a great team that cares deeply for our University.”