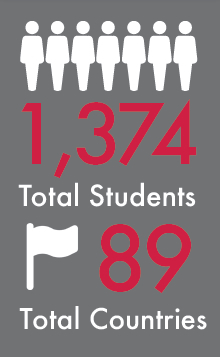 Of the 1,374 international students, 915 are undergraduates, 365 are graduate students, five are pursuing doctoral degrees and 89 are not seeking degrees.

According to NAFSA, the association of international educators, Minnesota’s 14,941 foreign students and their families contributed an estimated $418.5 million and 4,148 jobs to the state economy.

One St. Cloud State’s international students is from Madagascar, the Indian Ocean island nation of 22 million off the southeast coast of Africa. Home to lemurs, it’s principal economic drivers include fishing, forestry and agriculture.

Another lone student hails from East Timor, which regained sovereign-nation status in 2002, after centuries of being under Portuguese and Indonesian control. At 5,400 square miles, East Timor is smaller than Minnesota’s St. Louis County. 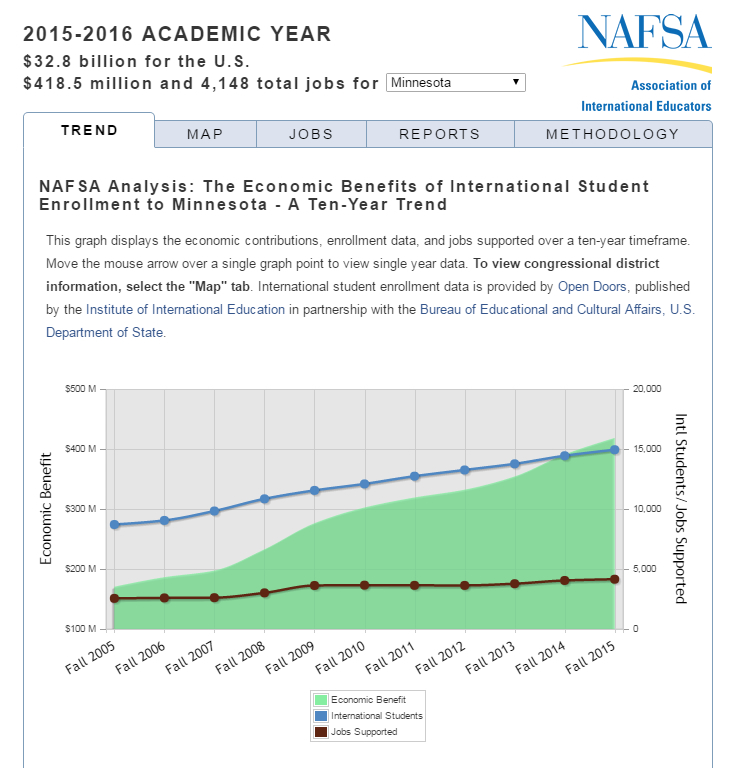