[UPDATE: Due to rocket problems, the ICON satellite launch has been delayed.]

A December satellite launch will send into orbit a measuring instrument with St. Cloud State ties.

MIGHTI was designed, fabricated and tested by emeritus physics professor John Harlander, in collaboration with his St. Cloud State students and other scientists.

MIGHTI — Michelson Interferometer for Global High-resolution Thermospheric Imaging —  is one of four instruments on the Ionospheric Connection Explorer (ICON) satellite that will be rocketed into the ionosphere from Reagan Test Site in the western Pacific Ocean. 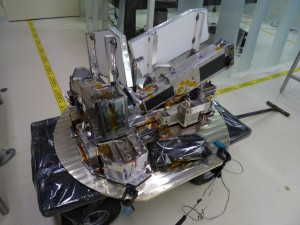 ICON is tasked with studying the little-understood region where planetary weather and space weather meet. In the video above Harlander explains how MIGHTI’s manipulation of light will help scientists infer wind speeds in the ionosphere.

The ionosphere is a layer of upper atmosphere that extends about 50-360 miles above Earth’s surface. It is noted for its high concentration of ions and free electrons and its ability to reflect radio waves.

ICON is a collaboration of federal agencies and American universities, coordinated by NASA’s Goddard Space Flight Center, which is northeast of Washington D.C.

Harlander is part of a seven-scientist MIGHTI team. About two weeks after launch, he will help turn on and test MIGHTI at Mission Operations Center, University of California, Berkeley.

Among the students who worked on MIGHTI are Maria Gaffney ’15 and Alex Griswold ’14. They teamed with Russ Lidberg of St. Cloud State’s Center for Microscopic Imagining and Analysis to test and improve diffraction gratings, the optical elements that split and bend light. The gratings were then fabricated by Bach Research, Boulder, Colorado. 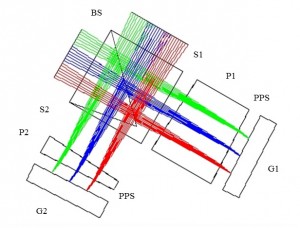 Figs. G1 and G2 are the gratings that split and bend light. Diagram courtesy of Department of Physics and Astronomy.

MIGHTI is descended from SHIMMER (Spatial Heterodyne Imager for Mesospheric Radicals), an instrument family Harlander helped design. SHIMMER instruments flew on the Shuttle Atlantis in 2002 and orbited in a U.S. Naval Research Laboratory satellite launched in 2007.

A journal article he authored with four other scientists is oft-cited by researchers, patent-applicants and patent-holders.

Harlander, who came to St. Cloud State in 1991, retired from teaching in 2015. He continues to play jazz piano with the Monday Night Jazz group and HV2 Trio. Among his band mates is Terry Vermillion, professor of music. 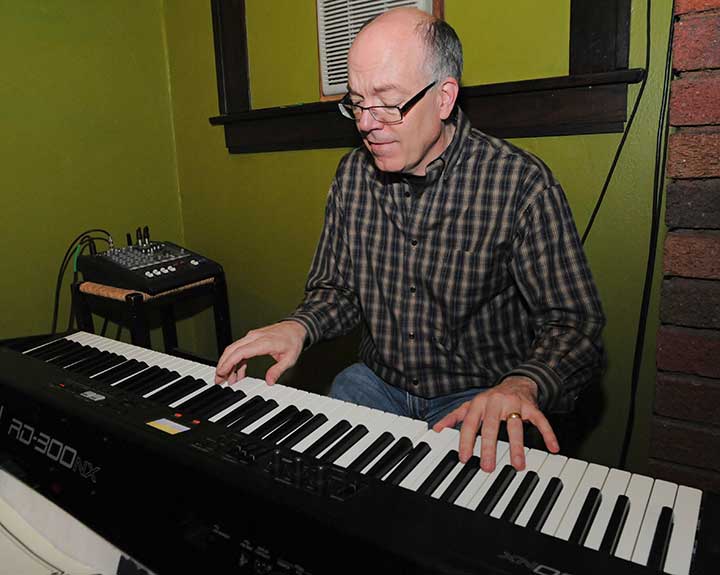