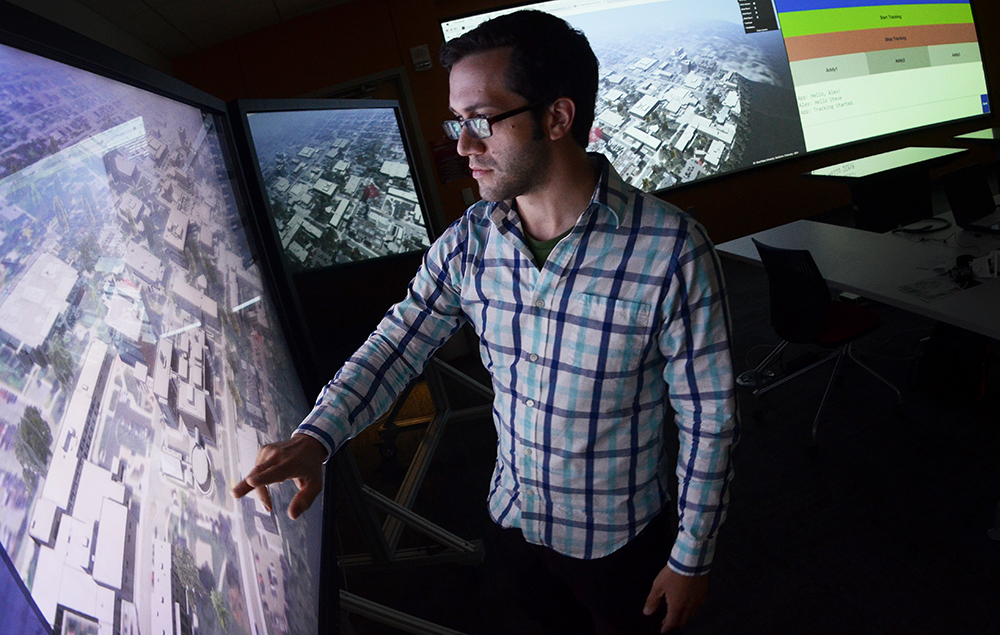 Sophomore Steven Henningsgard demonstrates the use of software being developed though a partnership with GeoComm in the St. Cloud State Visualization Lab. Photo by Adam Hammer ’05

The work of Steve Henningsgard ’17 in the lab as a student at St. Cloud State University is changing how cities and major venues manage incidents and deliver services.

Henningsgard was a key player on the student team that conceived and tested the core concepts of the three-dimensional mapping solution, Smart City Map and Smart Venue Map, at St. Cloud State by Guy Konietzko, a GeoComm consultant, and St. Cloud State’s Mark Gill, visualization engineer, and students Alex Persian and Henningsgard. The end product is cutting-edge software that helps 911 officers pinpoint a caller’s exact location within a campus building.

“In a short amount of time, I went from having just a basic understanding of programming to co-designing and engineering a piece of software that might end up being used by public safety officers all over the country,” Henningsgard said. “The cool thing about software engineering is that anyone can do just about anything they’d like. If you can dream it you can do it.”

Henningsgard turned his experience working with GeoComm in the Visualization Lab into a career. He is now a GeoComm product manager and is continuing to play a key role in developing the software solution.

It is expected to do similar duty when the Final Four of the NCAA Men’s Division I Basketball Tournament comes to Minneapolis in 2019.

GeoComm is a St. Cloud-based, national provider of geographic information and communication systems for 9-1-1 call centers. It is a St. Cloud State partner with University ties that date back to the company’s founding in 1995. 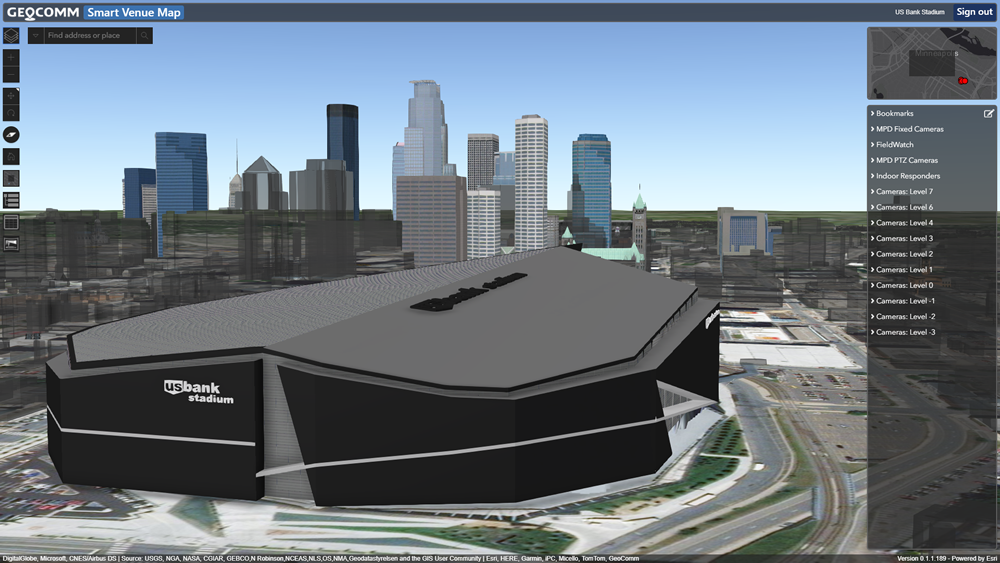 As an undergraduate student in 2014 Henningsgard worked in the ISELF Visualization Lab with Gill and Persian to answer a question posed by GeoComm: “What does it take to do mapping in 3-D?”

The first 3-D map was a browser-based representation of the St. Cloud State campus. It was linked to a mobile app — developed by Persian and Henningsgard — that simulated 9-1-1 phone calls.

A second version integrated with the University’s WiFi system, which improved indoor location accuracy. That second version was developed in ArcGIS Pro, the flagship software of ESRI, the world’s leading mapping-technology company.