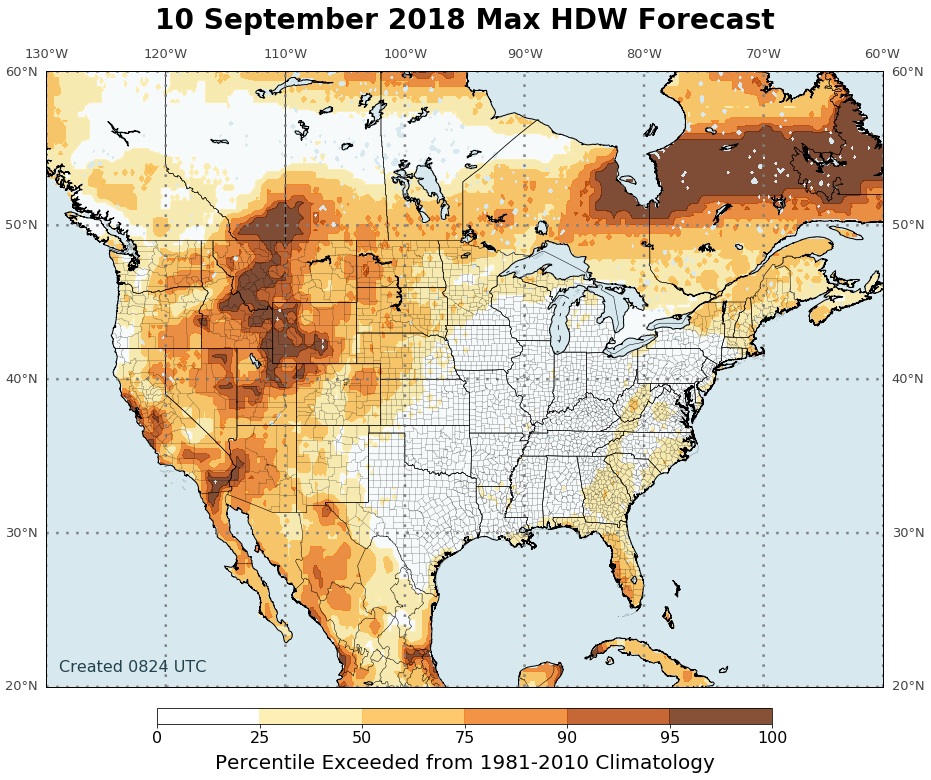 A tool that could improve forecasting of wildland fires has been protoyped by a St. Cloud State professor, in concert with the U.S. Forest Service.

Alan Srock, associate professor in the Department of Atmospheric and Hydrologic Sciences, is the lead author of the Hot-Dry-Windy Index (HDW), which could help fire managers anticipate days when weather conditions would have the greatest potential to make wildfire erratic or especially dangerous.

“We’re still rolling this out. It’s still preliminary,” said Srock. “But, we’ve got some folks that are out in the field, using HDW and learning about it, and we’re responding to their needs.”

Srock is a meteorologist by training. He holds a master’s degree and doctorate from University at Albany, State University of New York.

The HDW is based on atmospheric variables that affect wildland fire: temperature, moisture and wind.

Srock and his colleagues expect the HDW to replace the widely used Haines Index, a 30-year-old tool that measures temperature differences among different levels of the atmosphere and moisture content of the lower atmosphere.

“We created a tool that works with the same weather models that are used every day in fire weather forecasts, and thus can be applied anywhere in the world, regardless of fuel conditions or topography,” said Charney. 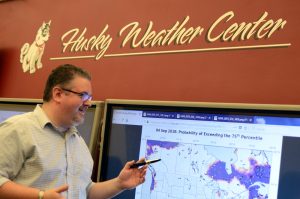 Alan Srock’s work on the HDW Index was funded in part by a $7,900 grant from St. Cloud State.

Researchers found that HDW performed better than the Haines Index in identifying the day during each fire that was the most difficult to manage.

The authors collaborated with Jessica McDonald ’17 to create a 30-year HDW climatology that establishes locally and seasonally high HDW values for specific locations.

On the U.S. map above, the darkest-shaded areas recorded HDW values for Sept. 10 that were much higher than the 30-year averages for those locales.

McDonald earned a bachelor’s degree in meteorology at St. Cloud State. She is pursuing a master’s degree in atmospheric science at Texas Tech University, Lubbock. She creates the map graphics for the HDW website. 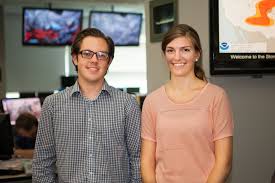 Jessica McDonald ’17, right, is a former NOAA Hollings Scholar. She earned a two-year scholarship and a 10-week, full-time paid internship at the Storm Prediction Center in Norman, Oklahoma. Photo courtesy of NOAA/NWS.

Additional analyses and peer review are necessary before HDW is an operational, decision-informing forecast tool.

“The research team will need to partner with an entity that is able to make HDW, and the weather modeling it uses, widely and reliably available,” said Charney.

An agency of the Department of Agriculture, the Forest Service manages 193 million acres of public land, helping to sustain forests and grasslands to meet the needs of the nation.