You have breast cancer. These are the words no one wants to hear.

Jonelle Streed ’03 heard those words from her doctor on Halloween 2017.

“I found a lump while I was shaving and called my doctor the following week,” said Streed. “Immediately, I knew the situation was not going to be good.”

Streed had a mammogram, three biopsies and an MRI.

She underwent a bi-lateral mastectomy in December. Chemotherapy followed in February. Another surgery in May, then radiation in June.

“There were really rough days, but that made me appreciate, then and now, the good days even more,” said Streed, who earned a bachelor’s of science degree with a major in mass communications and played 1999-2003 for women’s Huskies Basketball.

As a collegiate student-athlete, Streed was pushed by her coaches and teammates. Her year of illness was no different.

“Chemo wasn’t easy. Shaving my head wasn’t easy. Radiation for six straight weeks during the middle of the summer was not easy.” 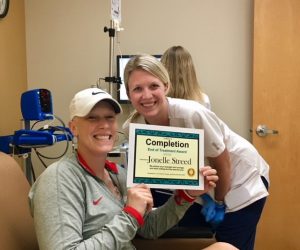 There is no doubt in Streed’s mind St. Cloud State prepared her for life after college.

“St. Cloud State challenged me in many ways. I grew up a lot in my four years at SCSU. Throughout my career, my teammates and coaches pushed me to be better than I was the day prior. I became a leader. I learned to work hard. I cherish my experience at SCSU,” said the Cambridge, Minnesota native.

“I learned discipline as a Husky, I learned to lead, and I learned a great deal about myself and how to expect even more of myself.”

Streed relied on her mental toughness and her supporters to persevere through 139 appointments.

“All I could do was focus on today, and that became my mantra. Any person, sick or healthy, only has this one day. I could only cope by taking my illness one appointment at a time, one day at a time, and eventually I found a way through.”

An assistant coach for the University of Wisconsin-La Crosse women’s basketball team, Streed is looking forward to the coming season. 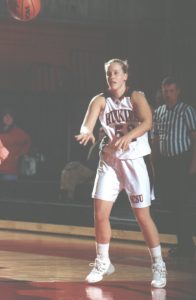 “Coaching is an amazing career. It keeps me young and it keeps me very busy. I am always recruiting and thinking of new ways to keep my current players’ attention. Ultimately, I have found that coaching is about relationships. It is about caring for the young women on our team and helping them achieve their full potential.”

Streed started her coaching career at Stanford University as an intern in 2003. Following Stanford, she earned her master’s degree while working as an assistant coach at the University of Arizona.

Her coaching stops also include Miami University and Western Carolina University. She has been back in the Midwest for three years, coaching and working in admissions at Wisconsin-La Crosse.

“She has made a difference, here at St. Cloud State, everywhere she’s been and with everyone she meets. Jonelle has shown great strength, determination and endurance over the past year. Those of us who know her knew that cancer never had a chance,” added Ulferts, a professor in the Kinesiology Department.

Streed has a clean bill of health and new-found wisdom.

“Reach out for help. Over the past year, I have met the most amazing people. Some of these individuals have been other cancer survivors, and some have been my doctors and nurses. All of these people have become a part of my personal team, and they have helped me become a better person than I was one year ago.”

Said Streed: “Enjoy every single day, it’s all that we have.” 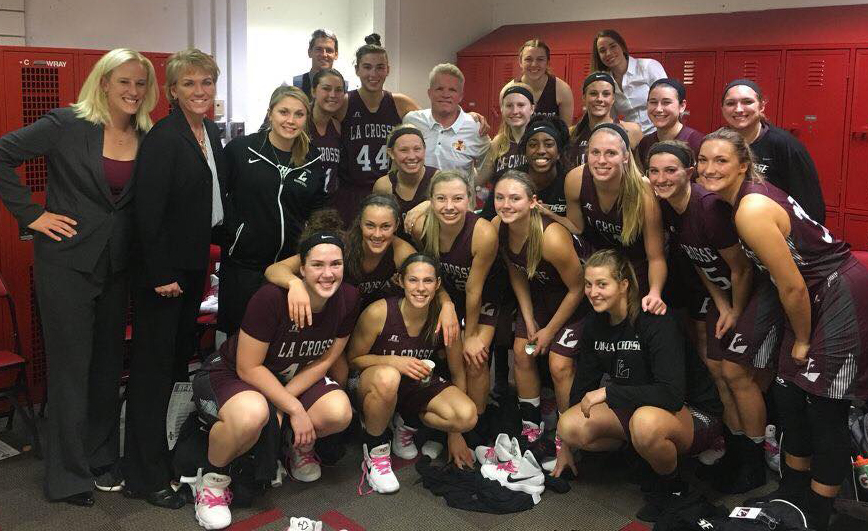