According to Finance and Commerce (www.finance-commerce.com) 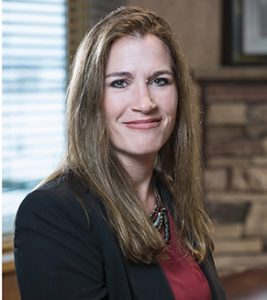 Nancy Samson earned a B.S. degree from St. Cloud State in 1994 with a major in accounting.

Returning to its roots as a woman-led construction company, Loretto-based Shingobee Builders said that industry veteran and 14-year employee Nancy Samson ’94 is the company’s new owner, president and CEO.

Samson, who had been Shingobee’s chief financial officer, has 20 years of experience in the construction industry. She takes over as president and CEO from Keith McDonald, who recently retired from the position, the company said.

In her new roles, Samson is pursuing certification for Shingobee as a woman-owned business enterprise, the company said in a press release. She brings strong management and financial credentials to her new position, the commercial construction company said.

The succession plan has been in the works for several years.

“We have a strong leadership team, together with our talented individuals who are dedicated to understanding our customer needs,” Samson said in a statement. “I am looking forward to the future of the company and contributing to our customers’ successes.”

Samson is the second owner in Shingobee’s 38-year history. Gae Veit, a woman who founded the company in 1980, was the first. McDonald took over the leadership reins after Veit retired in 2007.

Though construction continues to be a male-dominated industry, Samson sees hope for women who aspire to take on leadership roles.

“Every industry has challenges within it. Construction is no different. I think there are always opportunities for females within this industry,” she said, adding that Shingobee has a number of female project managers among its 55 employees.

A graduate of St. Cloud State University, Samson earned her certified public accountant license in 1998. She’s a board member of the Minnesota chapter of the Associated Builders and Contractors, and is active on ABC’s legislative committee.

As part of the company’s leadership transition, Kalin Samson – Nancy’s husband – is the new chief financial officer. The company also announced Scott Fowler would be vice president for the company’s Loretto operations.

Kalin Samson joined Shingobee as CFO and corporate secretary/treasurer in June. He studied accounting at St. Cloud State University, received his certified public accountant license in 1996 and earned an MBA in 2001.

Fowler joined Shingobee in 2017 as a senior project manager. With 24 years of construction experience, Fowler has managed a wide range of projects and is a mentor to other project managers, the company said.

Shingobee focuses “100 percent” on commercial construction with projects that include hotels, restaurants, senior housing and financial institutions, Christensen said. Besides Minnesota, Shingobee’s geographic reach stretches into Iowa and the Dakotas.

The company typically does about $80 million worth of projects in a given year.

“Our wheelhouse is probably that $10 million to $15 million job,” Christensen said.

Recent projects include a Courtyard by Marriott hotel in St. Louis Park, the Alamo Drafthouse Cinema in Woodbury, and the Gardner School in Edina.

In August 2017, the company completed an energy-efficient building for the Fort Totten Public School District in Fort Totten, North Dakota. The 12,500-square-foot Career Technology Education building, at the Spirit Lake Reservation, is a candidate for certification as a “net zero” building, which means it produces more energy than it consumes, Christensen said.