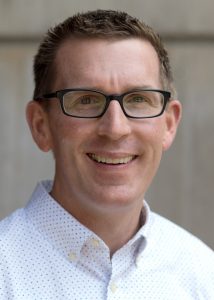 With more than 15 years of experience and leadership in higher education, Blegen begins the new role in January. He currently serves as the dean of health sciences at St. Catherine University in St. Paul, Minn.

Blegen earned his master of science degree in exercise science from St. Cloud State University in 1996. Blegen credits his SCSU professors who prepared him for this leadership position.

“The faculty that I had in the Human Performance Lab at SCSU, Dr. Jack Kelly, Dr. Dave Bacharach, and Dr. Glenn Street, taught me to how to think.  To think in new ways, challenging ways, and to push my boundaries.  The growth that I experienced during my time in the lab was immense and truly set the stage for my career.”

Cindy Gnadinger, president of Waukesha-based Carroll University, said in a news release announcing the appointment that she welcomes Blegen’s experience and past accomplishments.

“His experience in elevating the liberal arts, leading the health sciences, connecting schools and colleges and engaging with both internal and external partners meshes seamlessly with the stated attributes sought in our next provost and vice president of academic affairs,” she said.

“To have the opportunity to join such an innovative and inspiring community that holds true to its mission and the liberal arts is an incredibly exciting one,” Blegen said in the announcement.

He began his higher education career at Mount Union College, now called the University of Mount Union, where he was a faculty member in the Department of Human Performance and Sport Management.

“The best advice I would give to students is to never stop learning.  Observe everything around you.  Don’t think you’re above anyone else, you can always learn.  Think about your third job, not your first one.  You may be training for exercise physiology, but that will lead to future positions with your leadership skills growing in each position.  Think chess, not checkers.  My professors at the SCSU HPL put me on a path that I wasn’t thinking of, that I didn’t know existed, and it has led me here to Carroll University.  For that, I am eternally grateful.”