A woman works at a computer 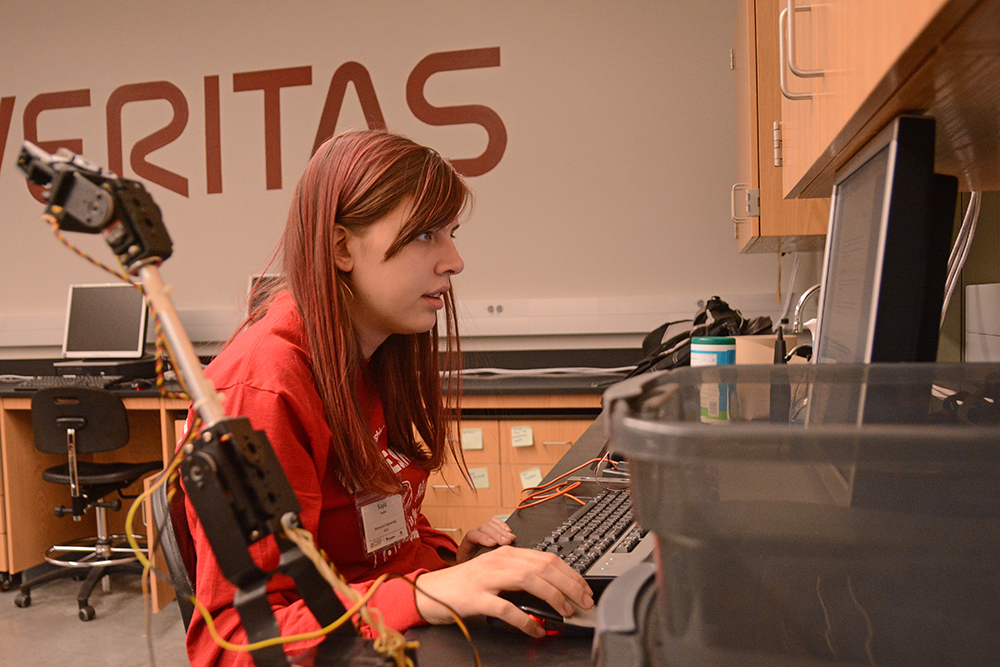 A student programs a robotic arm for a prototype. 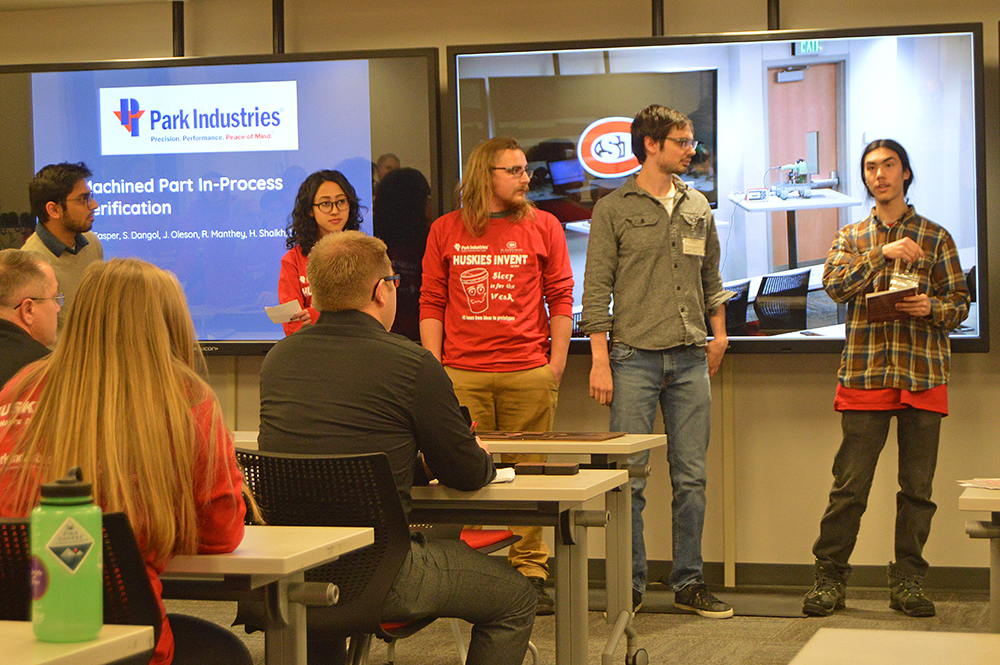 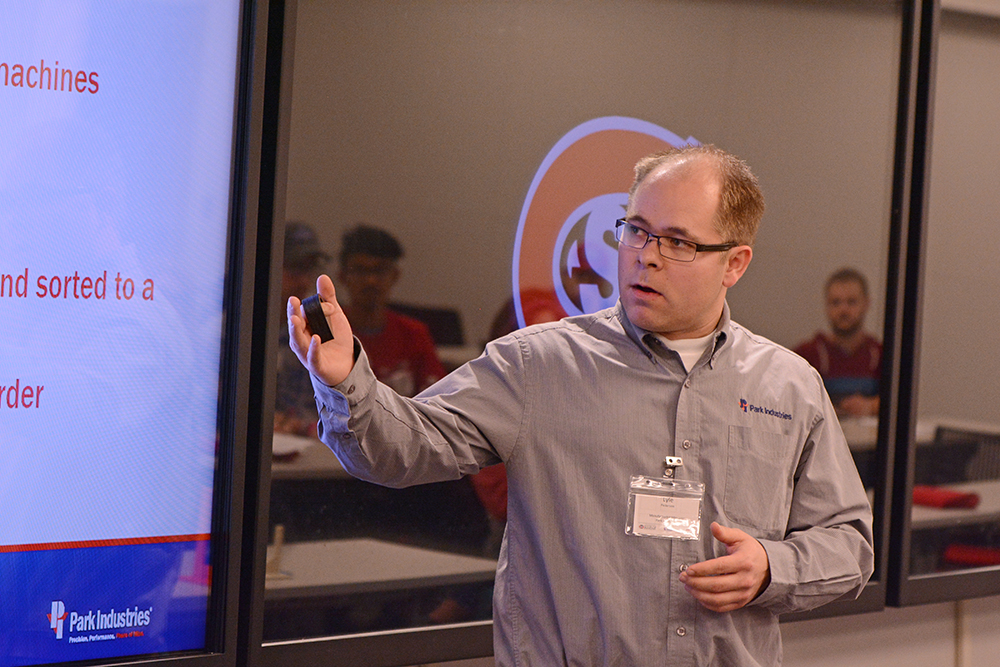