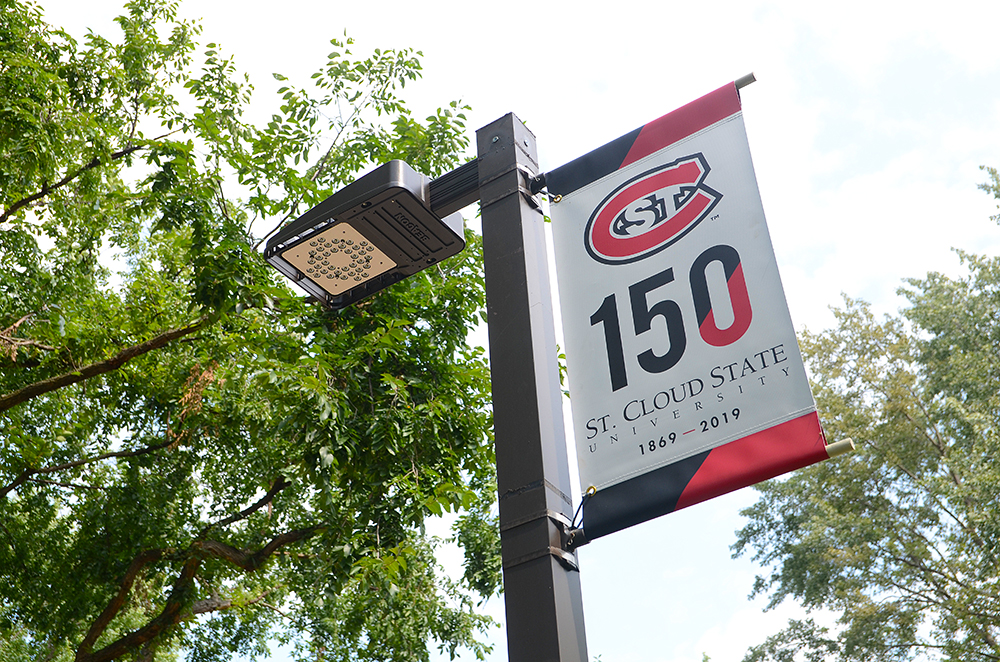 A 150 banner graces a campus light poles that has been newly updated with LED lights.

The efforts have been led by Grounds and Roads Supervisor Jessie Cash and her crew.

“The Sesquicentennial was such a great opportunity to take some well-needed time to update and bring the campus into the present time,” Cash said. “The campus is such a beautiful place to stroll through, and I felt it needed some new benches that would add color and allow students, faculty and visitors to sit and enjoy the spaces. The Sesquicentennial anniversary provided the perfect opportunity to make that happen.” 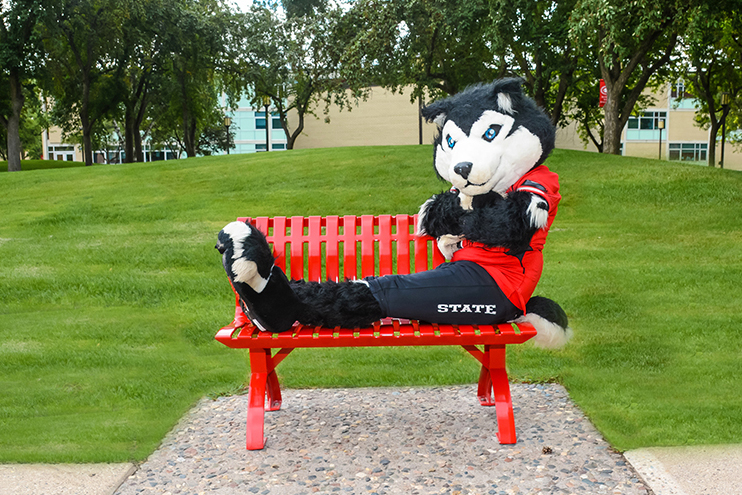 St. Cloud State University Mascot Blizzard checks out the new benches after they were installed in July.

The crew installed the bright red benches in July, and they’ve been a noticeable addition to campus. But they aren’t the only changes seen around campus for the Sesquicentennial.

Efforts have included the installation of 20 new flower planters with the St. Cloud State logo, new garbage can covers and new garden installations near Stearns Hall and the Fourth Avenue Parking Ramp.

The garden space between Administrative Services and Centennial Hall was updated with a rose garden.

And about 70 sesquicentennial banners showcase the university’s pride in its 150th year.

The World Commons space, where students study and professors hold classes in fall, spring and summer, has been updated with new natural wood benches made from trees removed from the south side of Stearns Hall earlier in the year, Cash said.

The red branches of new dogwood shrubs planted along Atwood Memorial Center can be seen shining against the snow this winter. 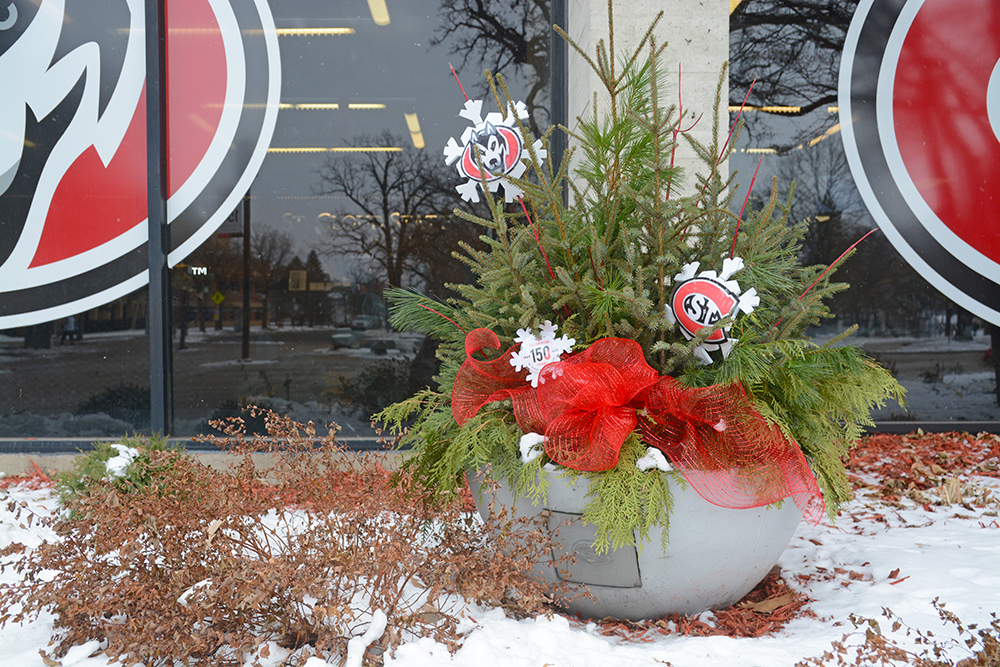 The crew already has plans to install an additional 10 red benches around campus in spring along with continued projects to upgrade existing gardens, plant more trees and add more planters and hanging baskets to beautify campus.

Much of the efforts have been funded by the Sesquicentennial committee. Additional updates to campus are being planned by the University Foundation and Alumni Association in recognition of St. Cloud State’s 150 years of service to its students and the State of Minnesota.