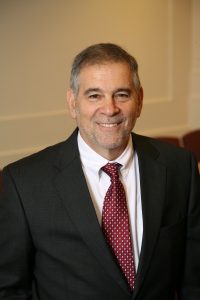 Michael Berenbaum will deliver the Bryce Lecture on Holocaust Education.

[ Event date-change due to cold weather. ]

Berenbaum has been a producer, consultant and contributor for numerous films and television shows.

Notably, he was co-producer of the 1995 film “One Survivor Remembers,” which earned an Academy Award for Best Documentary Short Subject and a Primetime Emmy Award for Outstanding Informational Special.

Berenbaum is a professor of Jewish Studies and director of the Sigi Ziering Institute at the American Jewish University, Los Angeles. The institute explores the ethical and religious implications of the Holocaust, which resulted in an estimated 17 million deaths, including some six million Jews.

The author and editor of 20 books, Berenbaum was executive editor of the second edition of the Encyclopaedia Judaica, the 26-volume English-language encyclopedia of the Jewish people and of Judaism.

He was project director overseeing creation of the United States Holocaust Memorial Museum in Washington D.C. He later served as the first director of the museum’s research institute.

Berenbaum is a rabbi with numerous university degrees and honorary degrees.

Sponsors of Berenbaum’s remarks include the Jewish Community Relations Council, Minnesota and the Dakotas.