Following a 5-0 road win over University of Nebraska Omaha, the team, led by Hobey Baker award nominee Jimmy Schuldt, celebrated with the Penrose Cup in the visiting locker room.

Later, the players returned to the ice to greet the faithful who had traveled to Baxter Arena to see the game.

“Regular-season championships are hard to come by,” said Schuldt, a senior defenseman and captain. “It takes every guy, every coach, every staff member, every fan, to get it done.” 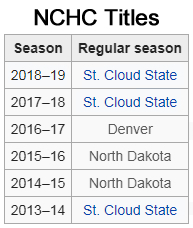 St. Cloud State is the first school in the NCHC’s six-year history to win the NCHC title three times, bringing home the Penrose Cup in 2014, 2018 and 2019. This marks the first championship for Brett Larson, who is in his first season as head coach.

The NCHC’s Frozen Faceoff tournament is two weekends in March. The Huskies will host the last-place team March 15-17 in a best-of-three series. With a win, St. Cloud State would advance to a March 22 semifinal at Xcel Energy Center, St. Paul. The third-place and title games are March 23.

NCAA Men’s Ice Hockey Tournament is the 16-team tournament that culminates in the Frozen Four April 11 and April 13 in Buffalo, New York. Top-ranked in the polls and the PairWise Rankings, the Huskies hope to earn a No. 1 seed in the West Regional March 29-30 at Scheels Arena in Fargo, North Dakota.

The scoring was emblematic of the team’s balanced, “anyone, anytime, anywhere” ethos. Five players from three different lines scored. Notably, senior forward Patrick Newell recorded his 16th goal of the season. Sophomore forward Blake Lizotte scored a goal and won all 15 of his face-off opportunities.

The Huskies continue their season with March 1-2 games at Western Michigan University. Watch the games on NCHC.tv/scsu or listen on The River 96.7 FM.

The regular season ends with a home series March 8-9 against University of Minnesota Duluth. Get tickets. 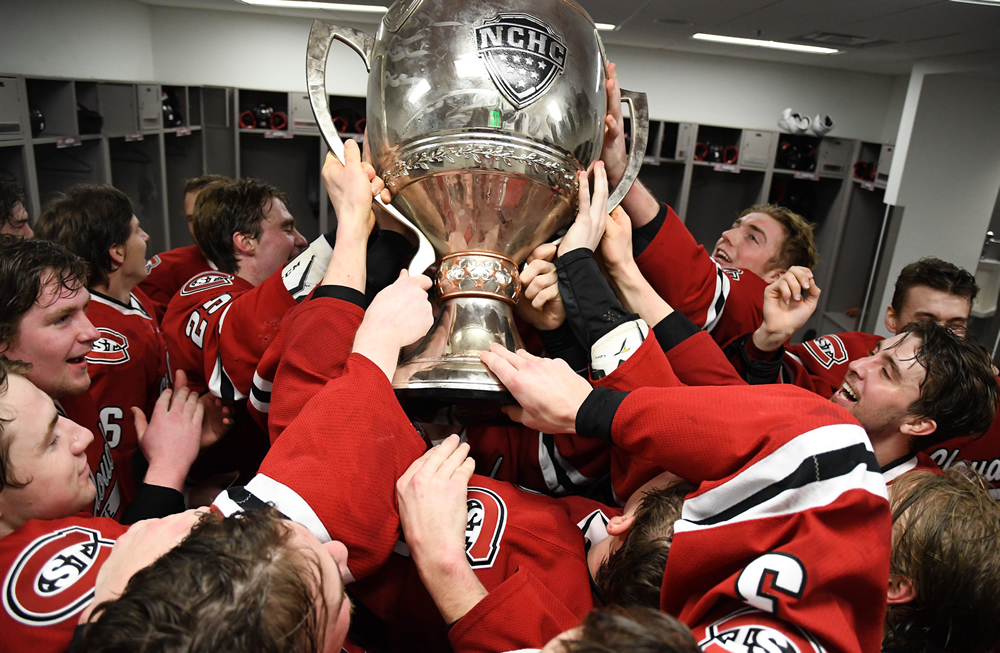