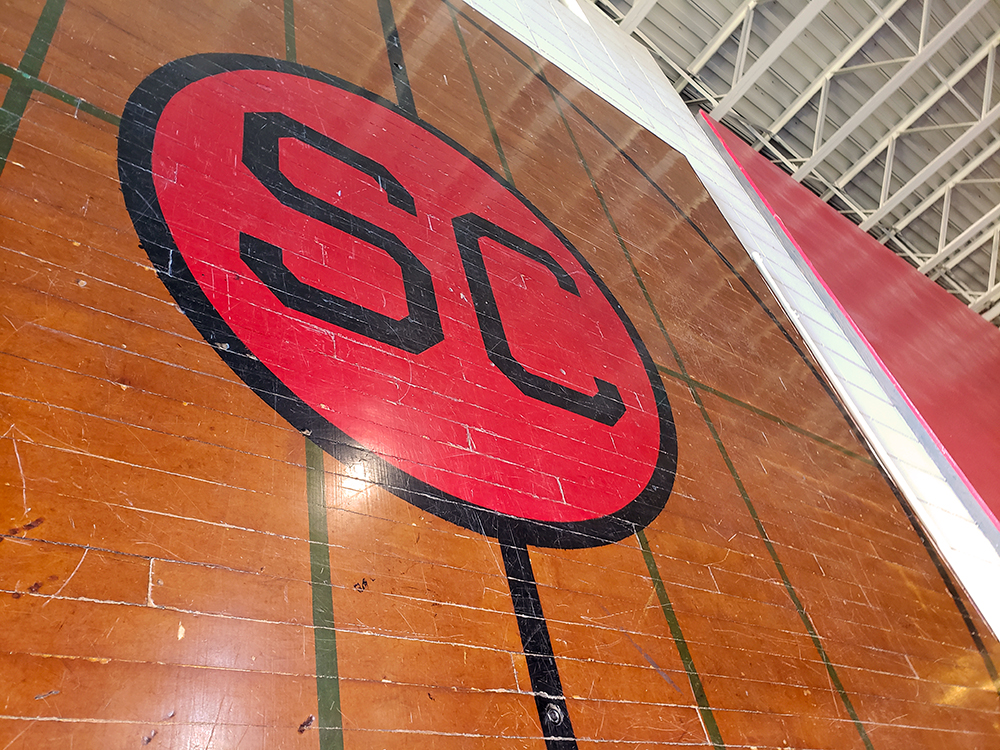 The SC center court logo from the Eastman Hall gym floor is now on display in Halenbeck Hall.

The center court of the former Eastman Hall gym lives on in a dedicated wall display in Halenbeck Hall near the second-floor overlook of the main gym. 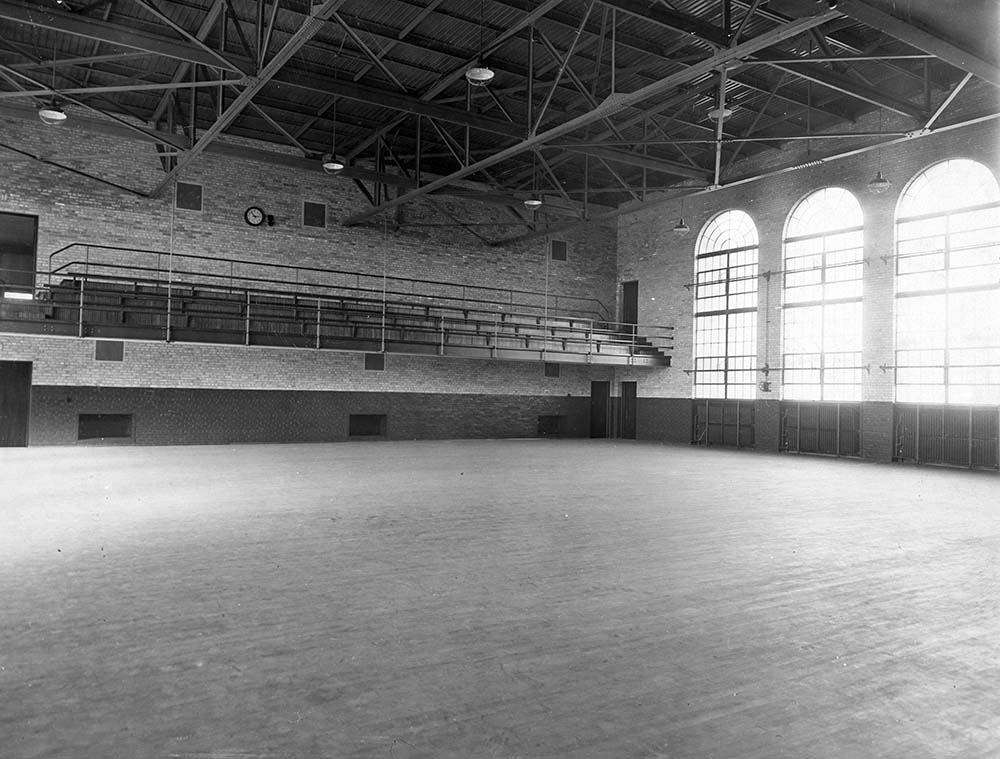 Eastman Hall gymnasium as it appeared when the building opened in 1930. Photo courtesy of University Archives

The SC logo is known by generations of St. Cloud State students. It was added to the Eastman Hall gym floor in the 1950s. The floor served as the home court for the Men’s Basketball team until 1965 when the team played its last game in Eastman — a 78-73 win over Minnesota State University, Moorhead.

After Halenbeck Hall opened, Eastman Hall’s gym continued to be used for intramurals and fitness activities.

The flooring is believed to be the original floor installed in the building prior to its 1930 grand opening. After it’s opening, the gymnasium was an active place hosting homecoming dances, convocations, concerts, athletic contests, physical activities and other highlights of student life.

When renovation started in Eastman Hall, the center court logo was preserved.

Preserving Eastman Hall’s history as the building entered a new era was one goal of the renovation.

Bleacher seats from the third floor have been refinished to find a new use as a decorative element on the fireplace wall in Eastman Hall’s new lobby.

Marble panels that once served as dividers in the showers are being reused as bathroom counters and as a lobby wall feature.

Decorative plaster frieze moldings and additional pieces of the gym floor are being housed in the University Archives for historical purposes along with a copy of the original Eastman Hall Building blueprint that was found in a wall during the renovation.

Salvaged faucet and door handles were turned over to student artists to be incorporated into a student art project to also hang in Eastman Hall to bridge the building’s past, present and future.

A plaque next to the display by University Archivist Tom Steman celebrates the history of the Eastman Hall gymnasium. 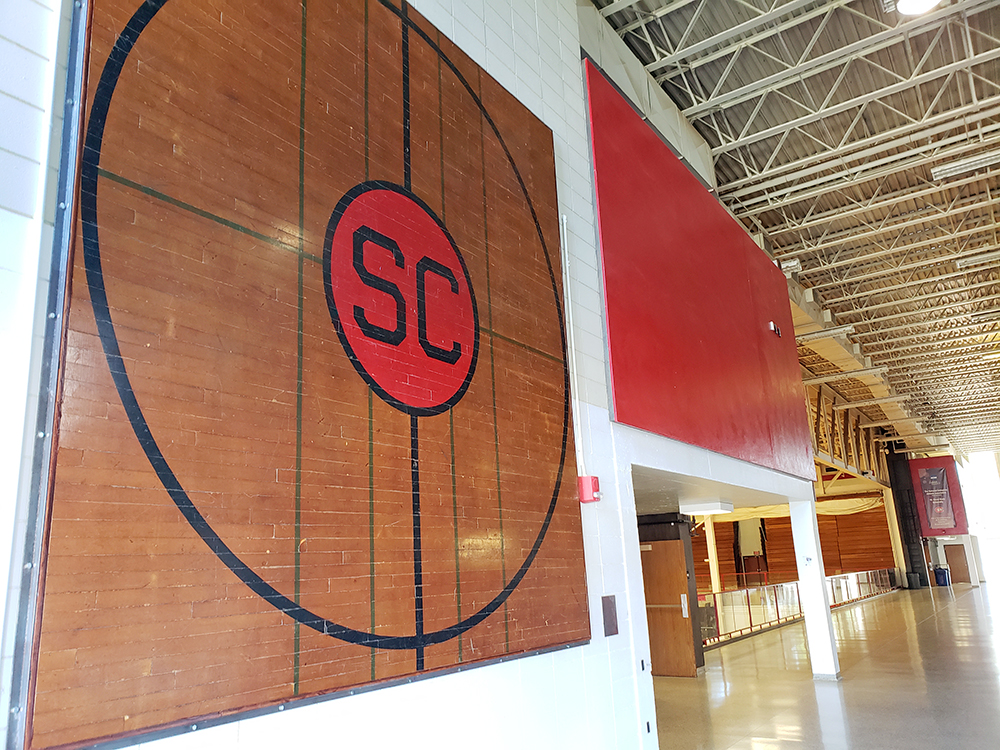 The Eastman Hall gymnasium center court logo now hangs on the Halenbeck Hall wall near the overlook of the Huskies current gymnasium.

The Huskies Men’s Basketball team plays a game against University of Wisconsin-Stout in the Eastman Hall gymnasium. Video courtesy of University Archives

« SCSU at 150: Looking ahead to the next 150 years
How the ‘at-home rape kit’ being marketed to students could have ‘disastrous impact’ on victims »