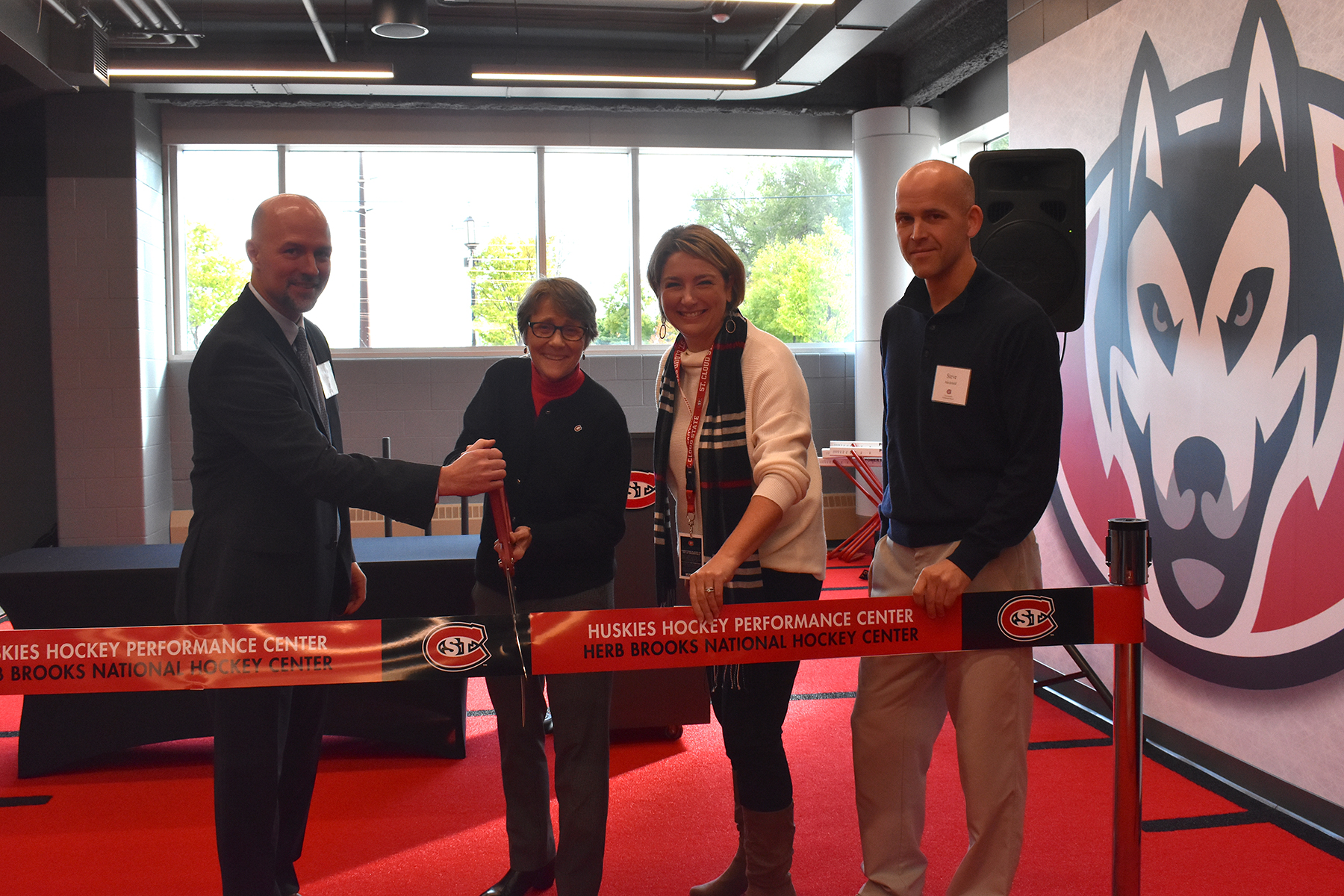 Donors and members of the public helped celebrate the dedication of the new Huskies Hockey Performance Center in the Herb Brooks National Hockey Center at St. Cloud State University on Oct. 6, a new state-of-the-art facility that was funded by $600,000 in gifts.

On Oct. 6, donors and the public were able to have the opportunity to visit the new workout facility during an open house prior to the start of the St. Cloud State men’s hockey exhibition game against Alberta.

The new space was made possible by gifts from over 100 donors, including 57 former student-athletes. A number of those student-athletes made their largest gifts to date in support of the Huskies Hockey Performance Center.

“Our alumni and supporters have helped make us a major player in the world of college hockey and we owe a world of gratitude to all of these supporters for jumping on board and making the Huskies Hockey Performance Center a reality,” SCSU Director of Athletics Heather Weems said.

The new state-of-the-art facility provides 5,000 square feet of space that features a variety of training equipment, a turf and agility area and a shooting and stickhandling space for the men’s and women’s hockey teams at St. Cloud State.

The addition of the Huskies Hockey Performance Center, which will assist various student-athletes in working on strength, cardio, agility and shooting skills, enhances the rich tradition and hard-working culture of St. Cloud State hockey programs for many years to come.

“There is a definite wow factor and a pride factor with this new facility,” SCSU men’s hockey coach Brett Larson said.  “When you walk in here, you feel it.”

« After seizure at IIHF World Championships, SCSU goalie Janine Alder is getting back up to speed
Got economic issues? Share ’em with a Federal Reserve chief in St. Cloud Tuesday »