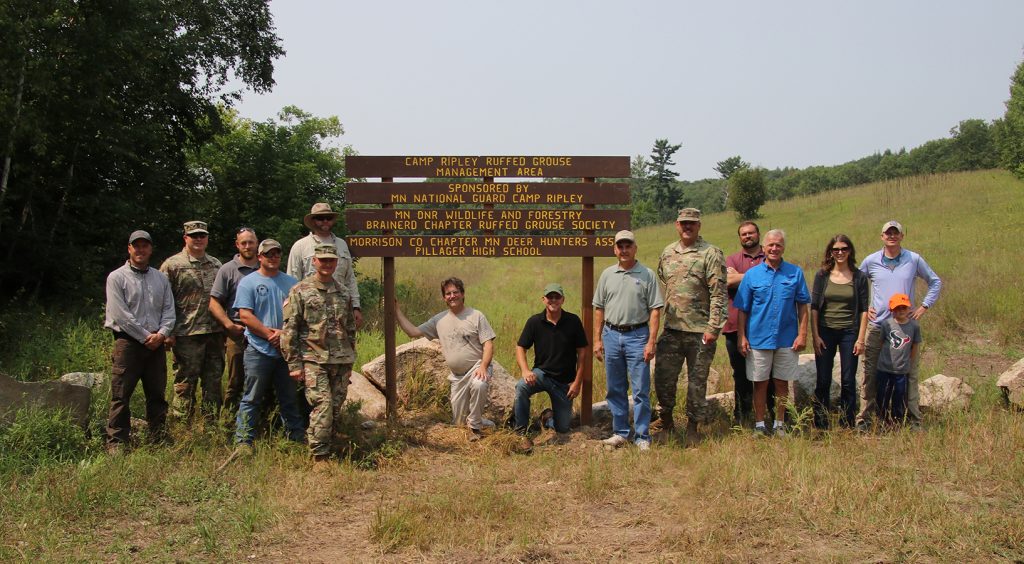 Jake Kitzmann ’14 pictured in Camp Ripley after dedicating some land as a state Ruffed Grouse Management Area, which he manages in cooperation with other organizations.

After being deployed overseas as an active member of the Army National Guard in 2011 while attending St. Cloud State University, Jake Kitzmann returned to St. Cloud to earn his degree in 2014 and is now working in Camp Ripley as a natural resource manager.

When Kitzmann first arrived at St. Cloud State University in 2006, he had his eyes on pursuing a career in ecology and field biology to match his lifelong interests for hunting and fishing that was established at a young age growing up in northern Minnesota.

A few years later, as Kitzmann began to dive into obtaining his degree while buying a house, getting married and having two kids, his life changed course in the flash of an eye.

In early 2011, Kitzmann was deployed overseas as an active member of the Army National Guard, departing in May of that year while being stationed in Kuwait and spending most of his time overseas in Iraq.

“During my time when I first got to St. Cloud State, I bought a house, got married and had two kids all while working the whole time as well. Then all of a sudden, I got deployed,” Kitzmann said. “My oldest daughter was six months old at the time that I left. It was pretty stressful.”

For about a year and a half, Kitzmann put the life he started at St. Cloud State and in the United States on hold to serve his country as part of a route security team, overseeing about a dozen soldiers who took security gun trucks and supplied security support for various military convoys.

“During my time when I first got to St. Cloud State, I bought a house, got married and had two kids all while working the whole time as well. Then all of a sudden, I got deployed.”
– Jake Kitzmann ’14

In April of 2012, Kitzmann made his way back home to Minnesota and back to St. Cloud, where he jumped right back to restarting his life — including finishing his schooling at St. Cloud State.

“Overall, it’s just a big planning process to go over and come back (from active duty). Before my deployment, I had finished up my spring semester and then basically said I was going to be gone for a year and a half,” Kitzmann said. “When I learned of when I would be coming back, I actually enrolled in classes at St. Cloud State while overseas. It was nice to have online access to be able to do that. I enrolled in all of my classes overseas that spring and started back at school in the fall.

“My biggest apprehension in coming back was just thinking I haven’t been to college in a year and half or two years. Just getting back into the swing of college life again,” he added. “It all worked out, anytime I needed to go to training, everyone at St. Cloud State was supportive and worked around my schedule.” 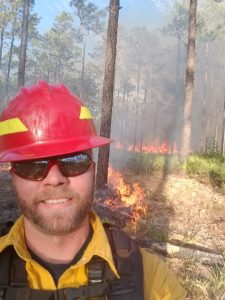 Jake Kitzmann ’14 pictured while conducting a controlled fire within a large fire program at Camp Ripley, a seasonal portion of his job where they burn about 14,000 acres annually.

Kitzmann finished his schooling at St. Cloud State in 2014, graduating with a degree in ecology and field biology with an emphasis in wildlife biology.

During his time at the university, he credits the professors in his major and individuals within the Veterans Resource Center for helping make the transition back to St. Cloud a smooth one.

“My professors were really good and supportive. They were really challenging, but helpful,” he said. “They were also very helpful at the Veterans Resource Center. Whenever I had questions, they helped me. I think it’s critical to have those people. Without having them day in and day out, it can be very daunting. I’ve been in the military now for 15 years, and I tell everyone to go talk to their veteran resource people the day they get to school. Just let them know you’re there, and they will help you.

“Overall, it was a good experience going to St. Cloud State.”

While still being involved in the military, Kitzmann has begun his career as a natural resource manager at Camp Ripley and now resides in the Little Falls area.

As a member of a 15-partner coordinating committee consisting of federal, state, county and non-governmental organization partners, some of Kitzmann’s duties as a natural resource manger include planning and directing the execution of land protection and restoration efforts within the 805,000 acre Camp Ripley Sentinel Landscape.

He also oversees funding and implementation of annual inter-agency agreements for forest management, administers seven organized hunting programs annually, works with volunteers and interns in execution of vegetative surveys and wildlife management activities and serves as a Wildlife Aircraft Strike Hazard Coordinator and Wildland firefighter, among other things. 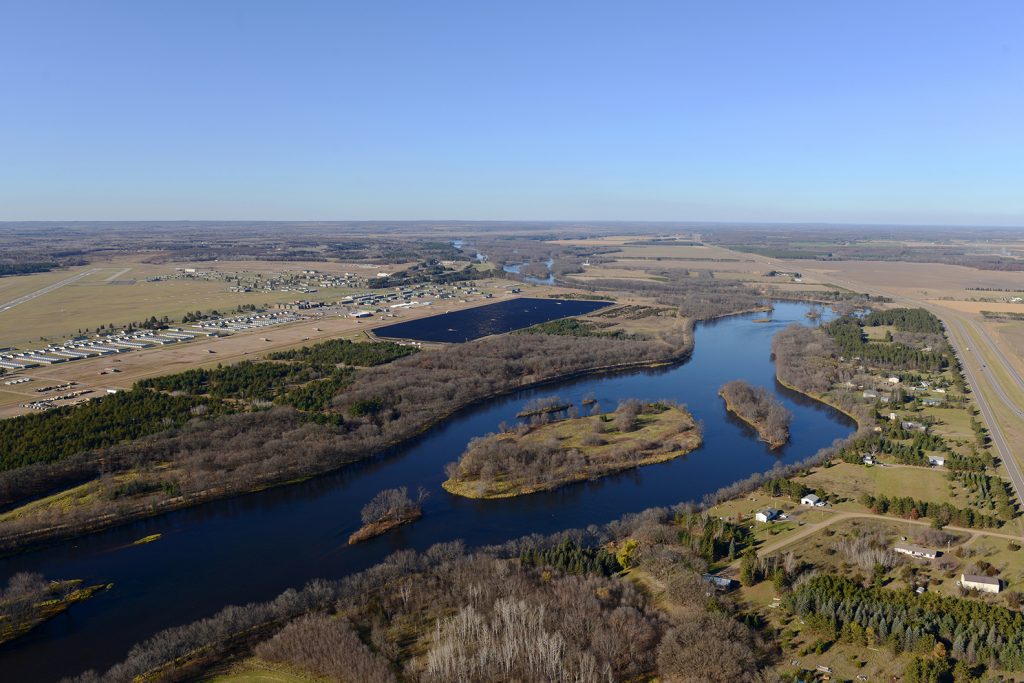 The Mississippi River and a birds eye view of the land that Jake Kitzmann ’14 helps manage in his position at Camp Ripley.

“I have a uniquely broad position. You have to be able to do it all and the St. Cloud State programs really helped with all of that because it consisted of a broad stroke of things,” Kitzmann said. “We did some field work in my classes that taught me a lot of useful things.”

Over the course of the last decade-plus, Kitzmann has traveled the globe serving his country while beginning a career back in the United States. And his time at St. Cloud State helped provide him with the opportunity to take that next step in his life.

“They did a really good job of providing you with the knowledge for your career,” he said. “Any experience that you have is critical and St. Cloud State prepared me quite well for my career.”

« Professor, veteran rides for a cause
SCSU ranked 23rd on ‘Best for Vets’ list »

One thought on “After serving overseas, alumnus uses his degree to take next step”