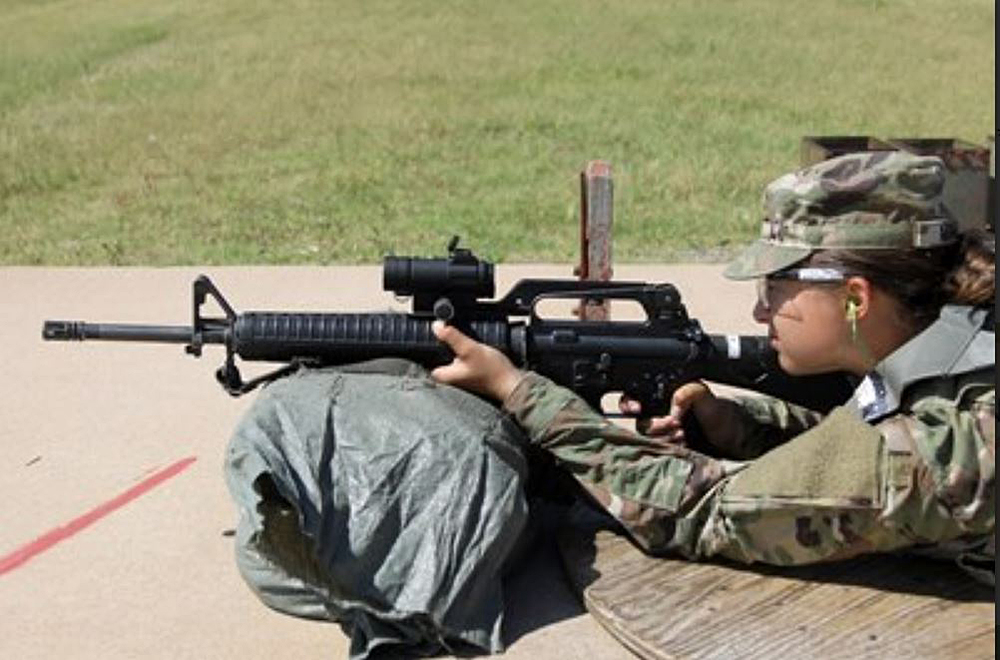 Sara Magno is in the National Guard and ROTC. She plans to graduate in spring with a degree in biomedical science.

Sara Magno is busy. She’s preparing to graduate this spring, applying for medical school, participating in ROTC and serving in the Army National Guard.

Magno transferred to St. Cloud State University from a university in Ohio where she played NCAA Division I soccer.

With two years left of eligibility, she arrived at St. Cloud State in August 2017 to play soccer and finish her degree. Three months later she was enlisting in the Minnesota Army National Guard.

“One led to the other,” she said. “Soccer brought me here, here brought me to the Army and all this is going to carry over into a medical career.”

Magno’s goal is to become an officer in the Army, so she can one day work as an Army physician.

Next fall she will be in active duty and either deploy or begin medical school.

Last fall Magno joined Reserve Officers’ Training Corps (ROTC) and was playing soccer, serving in the National Guard and participating in ROTC all at once.

Her coach, professors, ROTC Cadre and the National Guard all worked to help Magno find balance in all her endeavors. 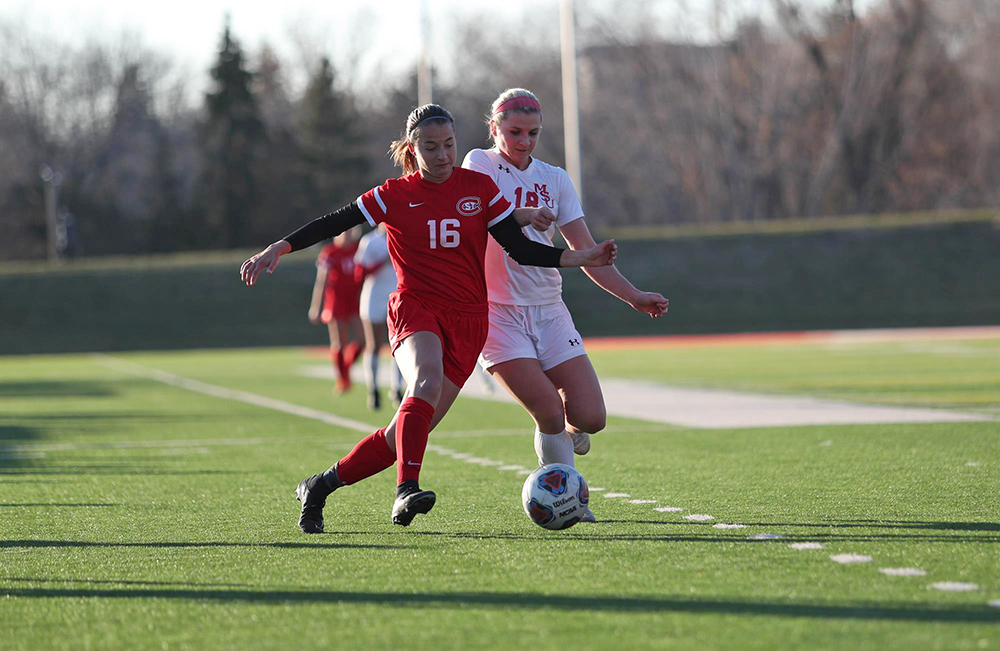 Sara Magno played soccer for the Huskies through 2018.

If she needs to miss a lab for drills, Magno said her professors are good about being flexible and allowing her to make it up on a different day.

“They understand,” she said. “I’ve never had any problems with that.”

In the National Guard Magno works in vehicle logistics overseeing the maintenance, paperwork and parts ordering.

“It’s introduced me to knowledge I didn’t have before,” she said. “It’s trained me in something that was completely new to me. It’s nice to step out of what I’m learning at the university and step into a different world for a weekend a month.”

ROTC is also giving her new skills in leadership and will be important in her future endeavors as an officer.

Sara Magno receives an award during an ROTC ceremony.

St. Cloud State ROTC students are in the Fighting Saints Battalion together with students from the college of Saint Benedict and St. John’s University. The Brigade is one of the top ROTC brigades in the nation winning the MacArthur Award in 2017-18.

“You learn skills in ROTC and you apply those skills in the National Guard,” she said.

The service also helps with paying for expenses while in school. National Guard service comes with drill pay and students in ROTC receive a stipend.

“It keeps me from having to get a job to pay for my education,” she said, even though she’s working for St. Cloud State Athletics doing scoring and film for soccer this year.

Her advice for any student looking to add on another challenge is just to do it.

“Just jump,” she said. “It seems like a lot, and you’re never going to be fully ready for it. Just go for it. Do something that you’re kind of afraid of — those are the things that are going to pay off for you the most.” 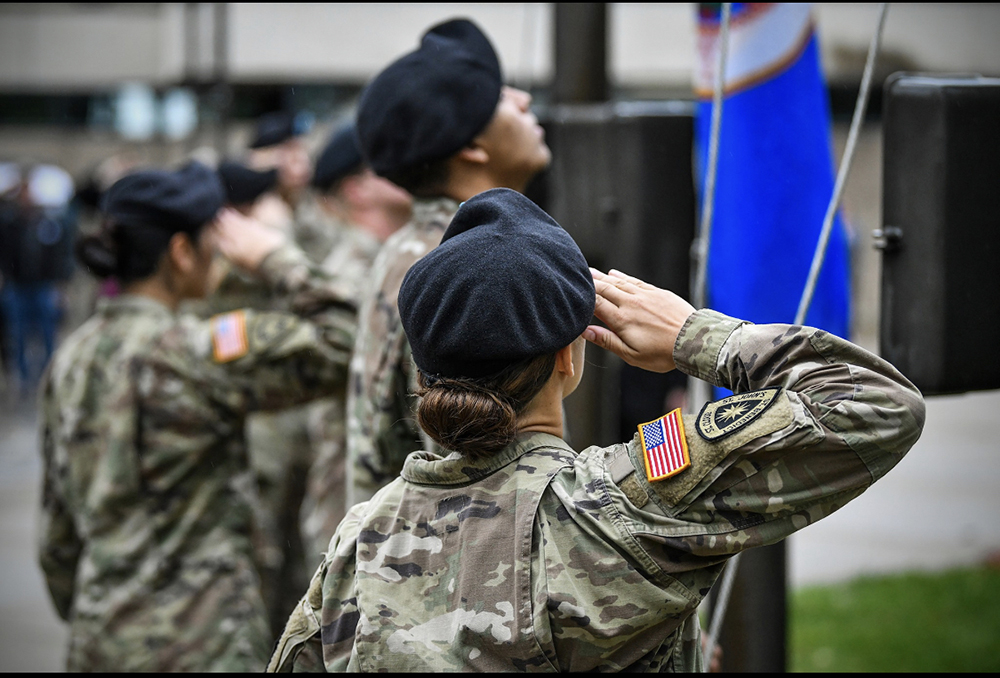 Sara Magno and her fellow ROTC cadets salute the flag during a special flag raising ceremony on Sept. 11, Patriot Day.