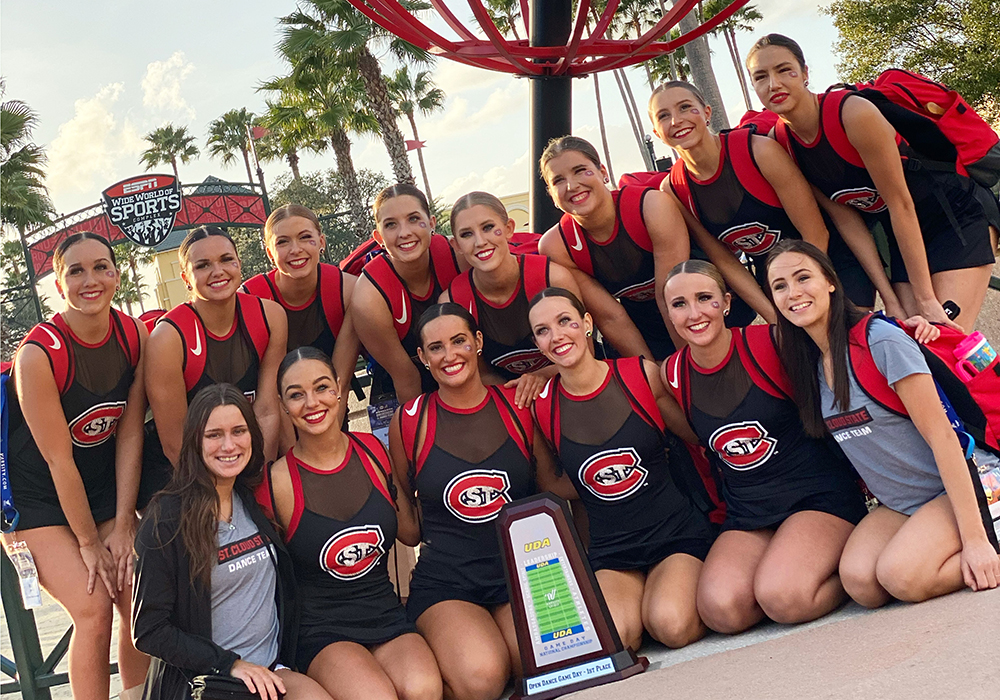 The three-day competition, managed by the University Dance Association and Universal Cheerleaders Association, is the most prestigious college cheerleading championship in the country. A Campus Championship Celebration is planned for 12:30 p.m. Feb. 13 in the Atwood Memorial Center Main Lounge.

The team is coached by Susan Uhrich ’14, Brittany (Whittaker) Kwallek ’16 and Paige (Osmundson) Groebner ’14. All three are veterans of the St. Cloud State Dance Team, and Kwallek served as captain during the team’s 2016 national championship.

“I’ve never worked with such a driven team as this one,” Uhrich said. “They each knew their job and what it took to get there together, and I really couldn’t be more proud of them.”

The Game Day category simulates a game situation with the dancers needing to be ready to perform touchdown, timeout and offense and defense routines as the judges randomly call out situations that occur during a game.

In addition to its first place finish, the team took second place in Open Pom and eighth place in Jazz. The team’s Game Day and Pom routines are designed by Tribe 99 Choreographer Faymie Link and the Jazz routines are choreographed by Hannah Millar of Innovative Dance.

The team has been working toward getting a second national championship since 2016 and were driven to make that happen, said co-captain Angelina Borgen. 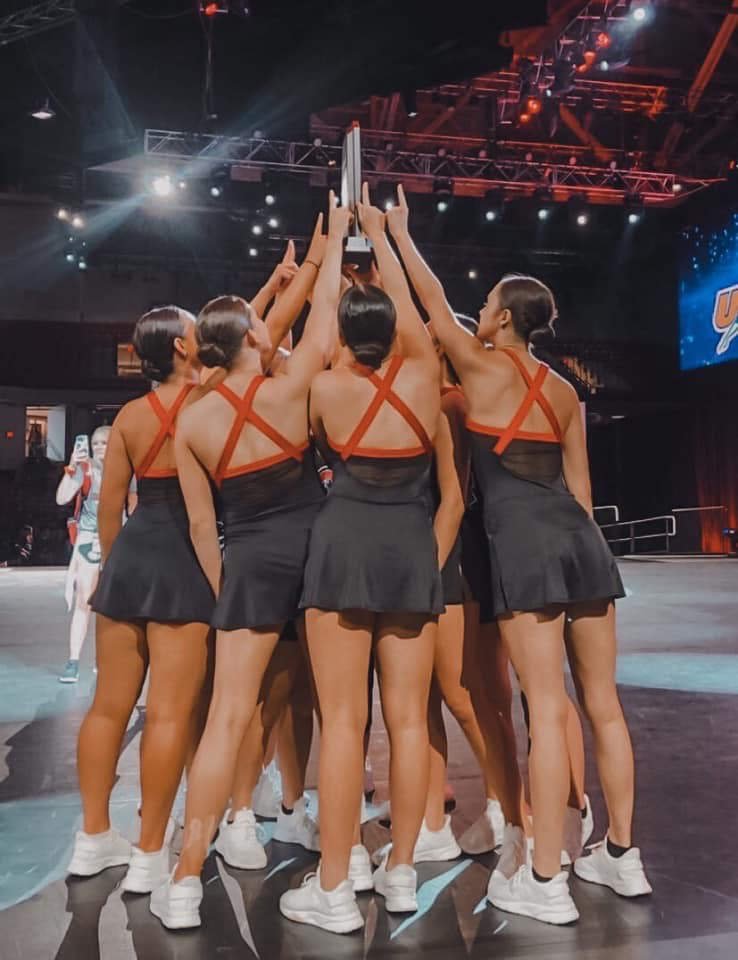 The dancers credit teamwork, focus and dedication for their national championship win in the Game Day category.

“Winning a championship this past weekend is so surreal and a complete dream come true,” she said. “… Hard work pays off, and this season we pushed harder than ever before. We wanted it so bad and believed we could do it.”

The team had high expectations going into the competition in spite of it being their first time in the Game Day category they knew they would be competitive and could win the title, said co-coach Susan Uhrich ’14.

Those high expectations were the result of much hard work. The team practiced for three hours, three nights a week. In the weeks leading up to the competition the dancers participated in the Best of the Best at the University of Minnesota and at the Spirit America Competition at the Minneapolis Convention Center and watched their performances meticulously to ensure they were competing at top form as a team, said co-captain Michaela Keller.

“At Nationals we practiced more than we slept because we wanted to reach our goals,” Keller said. “We did everything we needed to along with pouring our hearts and souls on the performance floor. We couldn’t be happier about winning this year’s National Championship.”

Coaches Uhrich, Kwallek and Groebner worked hard on strategy and watching how the team worked together. They were inspired by the drive shown by their team with the dancers showing a willingness to work just as hard when the coaches were at practice or not, Uhrich said.

“A lot of discipline, strategy and team accountability really got us to first place,” she said. “… I believed in them, they believed in themselves and that created all the success that they needed.”

Despite the discipline, the team also found moments to have fun, take a break, create memories and become a family, she said.

Borgen agreed, adding that the bond built up during their winter break day-long practice sessions helped the team to remain focused and perform as one.

“I am so proud to have led this team and bring home such an accomplishment,” she said. “Winning will always be something I’ll remember, and I’ll cherish this moment forever. I’m so thankful to have done it with this year’s incredible team. Go Huskies!”