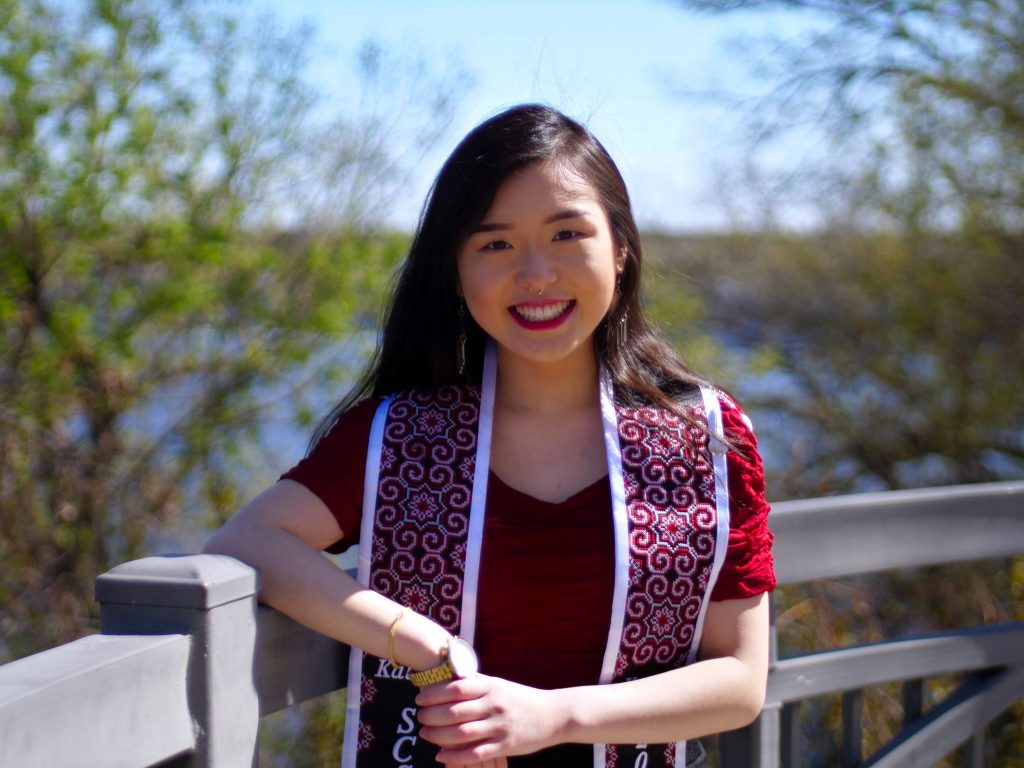 Kabao Yang’ 20, who graduated from St. Cloud State University in Spring 2020 with an undergraduate degree in communication arts and literature, is thankful for SCSU in helping prepare her for accomplish her career goals.

As a daughter of refugee parents, Kabao Yang didn’t know if she would ever get the opportunity to live out her goals of pursing a degree in higher education. But in 2020, those dreams became a reality as she joins the ranks of other first-generation Americans who have accomplished their goals and flourished at St. Cloud State University.

“I would not trade those experiences for the world. … It was everything I had wanted and more.”
– Kabao Yang ’20

“I came to St. Cloud State not knowing anyone. It was really nerve-racking,” Yang said. “The faculty and the student organizations kept school fun and were constantly there to support me. I have never felt more prepared for anything. I am really thankful to have gone to a smaller regional and comprehensive university, because the class sizes were small and I was able to build a community.

“I was able to lean on not only faculty, but also students with whom I was graduating. They ended up being my biggest support system. I think that’s such an honor and a privilege, because I don’t think a lot of students can say that. It became such a blessing.”

Getting involved at SCSU

When Yang arrived at St. Cloud State, not knowing many people around campus and moving to a new city took some adjusting. What helped her during that transition was getting involved in various student organizations and programs on campus. 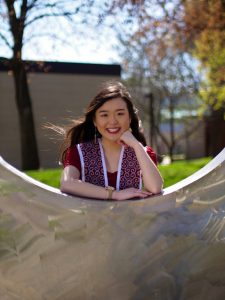 At SCSU, Yang participated in student organizations and programs such as the Hmong Student Organization, Vietnamese Student Association, Women of Color Collective, Asian Students in Action Organization and the Advanced Preparation Program. Those opportunities in return opened more doors than she could have ever imagined.

“At first, I was very reluctant and a little hesitant to get involved in student organizations because there are so many and I didn’t know if I would feel comfortable,” she said. “The more I looked around and learned more, that pushed me to get involved especially with the Hmong Student Organization. With my involvement there, they have a mentee and mentor program and the person I was paired with mentored me both academically and socially. I really enjoyed them and poured my heart and soul out to them.”

Outside of those organizations and programs, Yang also took part in a few education abroad trips, one which traveled to Laos, Thailand and Malaysia and the other which went to China.

“Studying abroad was probably one of the highlights of my entire college career. I would not trade those experiences for the world,” Yang said. “The fact that each year you can go somewhere different and experience something different, that just makes it that more interesting and unique. It was everything I had wanted and more.”

Another opportunity Yang took advantage of was the various Huskies Scholarships available to St. Cloud State students, which helped ease the financial aspect of school and allowed her to focus solely on obtaining her degree.

“Having received those scholarships, I am really thankful to have been able to finish school in the time that I did. When I was going to school, it was difficult at points to balance my work life and social life,” she said. “Because of the scholarships, I was able to take time off of work to focus on what I was doing in my classes and organizations. It was a privilege to not have to worry about things financially and that’s thanks to those scholarships.”

Continuing her journey beyond SCSU

Now that she has graduated and is entering the workforce, Yang has her sights set high once again in achieving her career goals.

In April, she accepted a position at a charter school in St. Paul called the Community School of Excellence, which is a Hmong language and culture school. There is where she will start teaching English Arts to ninth and tenth graders.

“I would not trade those experiences for the world. … It was everything I had wanted and more.”
– Kabao Yang ’20

“It’s a school that really focuses on community and partnering with families. I really felt like this was a calling for me. I am so thankful to have been given that position,” Yang said. “Everything I was involved with and experienced at St. Cloud State, it built this whole background for me and I really want to give back to the community I’m so proud to be a part of and to be from.”

Four years ago, Yang was apprehensive about attending St. Cloud State and moving to an entirely new community. Now as one of the latest St. Cloud State graduates, she’s grateful to have made the decision to come to SCSU while now jumping into her career.

“I love St. Cloud State because we have incredibly qualified faculty who are really willing to work with you. They really believe that our students can change the world and change our classrooms,” Yang said. “How close everyone is on campus, it really brought me a lot of connections. I felt like everywhere on campus I had a friend, whether it was faculty or another student.”