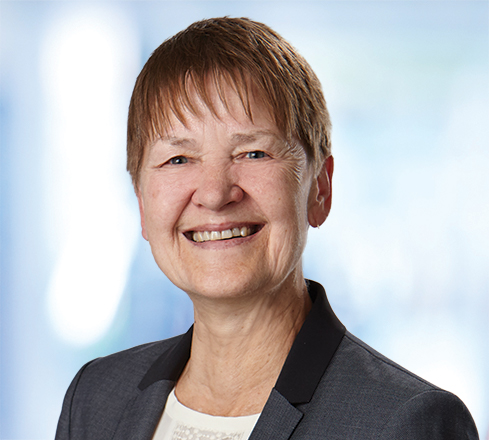 After relying on scholarships to help her get a degree in political science from St. Cloud State University, Debra Yerigan ’82 now focuses on giving back to the next generation at her alma mater.

When Debra Yerigan attended St. Cloud State University as a student in the late 1970’s and early 1980’s, she relied on the assistance of scholarships to allow her to get an education and propel her into her career.

Nearly four decades later, she now has the goal of helping current SCSU students and future generations by giving back to her alma mater.

“I was putting myself through school at that point and things like scholarships were extremely important to me to be able to pull that off. I did student loans and I worked, but any kind of help like a scholarship was so helpful,” Yerigan said. “I appreciated very much that they were available to me. When I got into a position where I could help somebody else, I thought it was important to do that.”

Yerigan graduated from St. Cloud State in 1982 with a degree in political science. After attending SCSU, she went on to attend law school at Hamline University School of Law (now Mitchell Hamline School of Law) and currently works at the Messerli & Kramer law firm in Minneapolis.

“I want to give other people the opportunities that I had. I think it’s wonderful for people to give back, even if they didn’t receive any help themselves as students.”
– Debra Yerigan ’82

While getting her degree from SCSU, Yerigan was also involved in the SCSU Survey, which is an ongoing survey research extension of the university. The survey provides education and experiential opportunities to researchers and students.

With the SCSU Survey, Yerigan served as one of the student directors during the 1981-82 school year. After enjoying that experience, it persuaded Yerigan to focus on giving back to the Survey – and specifically its student directors – through the Debra Yerigan Scholarship for SCSU Survey Student Directors.

“When I was in college at St. Cloud State, Steve Frank was the pre-law advisor in the political science department and he had just started the survey. I was one of the first student directors for something that was in its infancy at that point,” she recalled. “I started my career and started to give back because I had gotten some scholarships when I went to school. I first funded a scholarship at St. Cloud State in 2003, and in 2010, I switched things over with the assistance of Dr. Frank and others so the scholarship was directed towards student survey directors.”

Along with helping students through scholarships, Yerigan has a motivation to serve the community in other ways as well, including serving on non-profit boards, court committees and government commissions and participating in legal organizations and civic activities, as well currently being a member of the SCSU School of Public Affairs Advisory Council.

“I think people should try to help the people behind us.”
– Debra Yerigan ’82

“Whether it’s a specific scholarship or just making donations in general, it’s such a great idea. It’s so important,” Yerigan said. “We should never forget the positions we were in as students and the help we might have needed. Getting through school and getting a degree is important for other people too. If we have the financial ability to do so, whether it’s a little amount or a big amount, we should do that. The students are so appreciative of the help. For a lot of people, it’s the difference of them being able to go to college or not.”

Whether it’s giving back to her alma mater through scholarships or other facets, Yerigan feels it’s important to give back to future generations and encourages others to do so as well if possible.

“Education is such an important thing to help people going forward in their development personally, but also their careers. My primary thing is people who are students that need help financially, I like to support that to whatever extent possible,” Yerigan said. “I want to give other people the opportunities that I had. I think it’s wonderful for people to give back, even if they didn’t receive any help themselves as students.

“Especially for people like me who benefited from scholarships when we went to school, having had that as something to help get you through and launch you into a career was helpful. I think people should try to help the people behind us.”