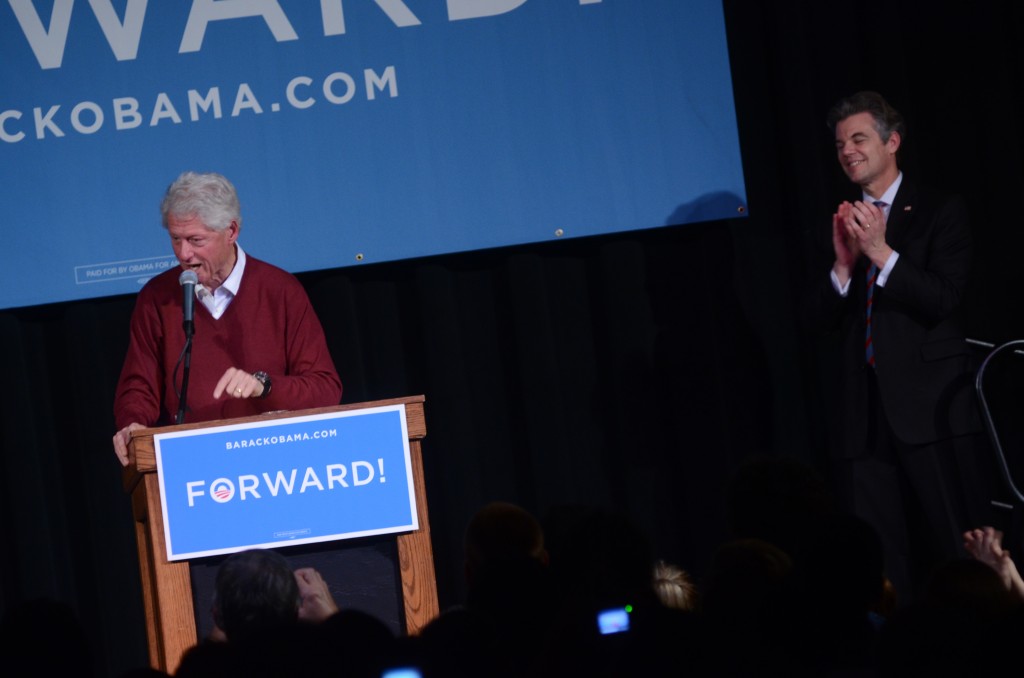 A line of about 4,000 campus and community members snaked through Atwood Memorial Center and past the Miller Center just days before the November election to see former President Bill Clinton speak on behalf of President Barack Obama’s Minnesota campaign.

The grassroots gathering was the first time a former or sitting president has used St. Cloud State’s facilities for an event. While on the campaign trail in 1952, Dwight D. Eisenhower crowned Joyce Pearson as St. Cloud State’s homecoming queen on the steps of the Stearns County courthouse before 6,000 spectators. Eisenhower became president in 1953.

Obama’s Minnesota campaign rented the Atwood Memorial Center Ballroom for the last-minute event, which held about 1,100 attendees. Hundreds in overflow watched the presentation on large screens set up outside of Atwood. According to reports from local media, crowd members spanned the political landscape — some were in support of the campaign while others flocked just for a chance to see a president speak.

Clinton, along with Sen. Al Franken and 6th Congressional District candidate Jim Graves ’74, greeted outdoor viewers before taking the stage in the Ballroom. Graves, an SCSU graduate and hotel magnate, narrowly lost to incumbent Michele Bachmann in the election.

« Weems is quick to make her voice heard
Huskies in the news: Super Storm Sandy »