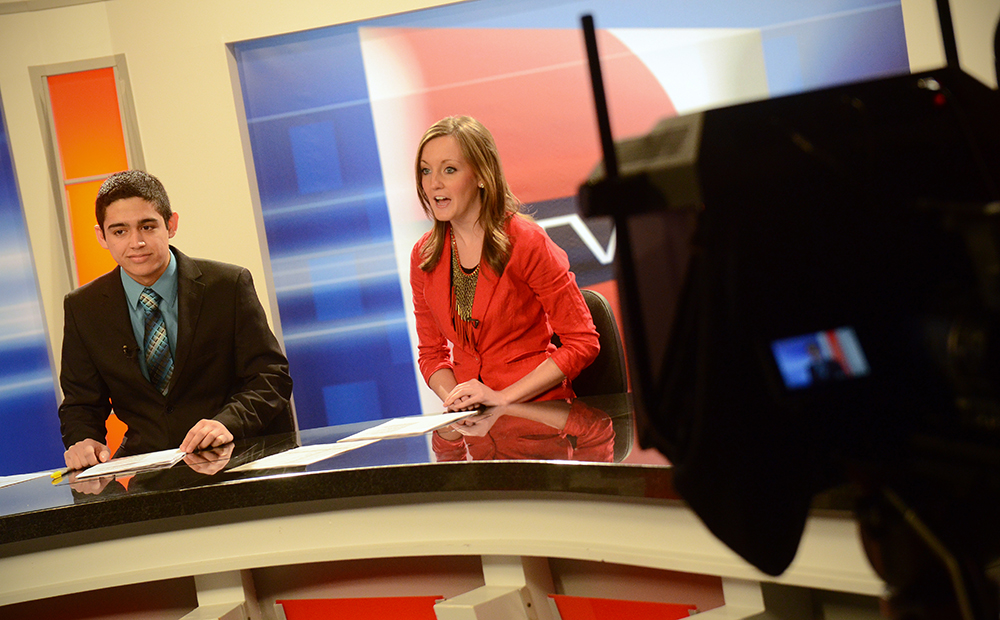 University officials describe a complete overhaul of TV cable and broadcast delivery systems, resulting in digital, high-definition broadcasts from “many venues on campus.”

“The institutional benefits of this move are incredibly important,” said President Earl H. Potter III. “First and foremost, our students will have the opportunity to work with the highest levels of technology and apply classroom learning in campus and community settings.”

As early as September, St. Cloud State’s student-run UTVS television station will expand its production and distribution of high-quality digital signals.
Among the most-watched shows are Husky Hockey broadcasts, produced by the Husky Productions division and broadcast on Charter Xtra 87 and Comcast Cable channels 13 and 23 in the St. Paul/Minneapolis area.

The men’s and women’s hockey teams represent St. Cloud State on a national stage, at the Division I competitive level, the NCAA’s highest.
Next season the men’s team will join the new National Collegiate Hockey Conference, whose members have won a combined 17 Division I national titles.

In conjunction with the upgrades, Potter said the Department of Mass Communications will revise its curriculum to reflect current media practices, most notably convergence journalism.

Student journalists will be taught to communicate across multiple platforms using multiple tools. A student journalist covering an academic conference might post a story with video to the University Chronicle newspaper and KVSC 88.1 FM radio websites and then produce a piece the next day for three UTVS News television broadcasts.

“St. Cloud State will become a program of choice among media professionals and students seeking careers in digital media, broadcasting and strategic communications,” Potter said. “It will be a signature St. Cloud State program.”