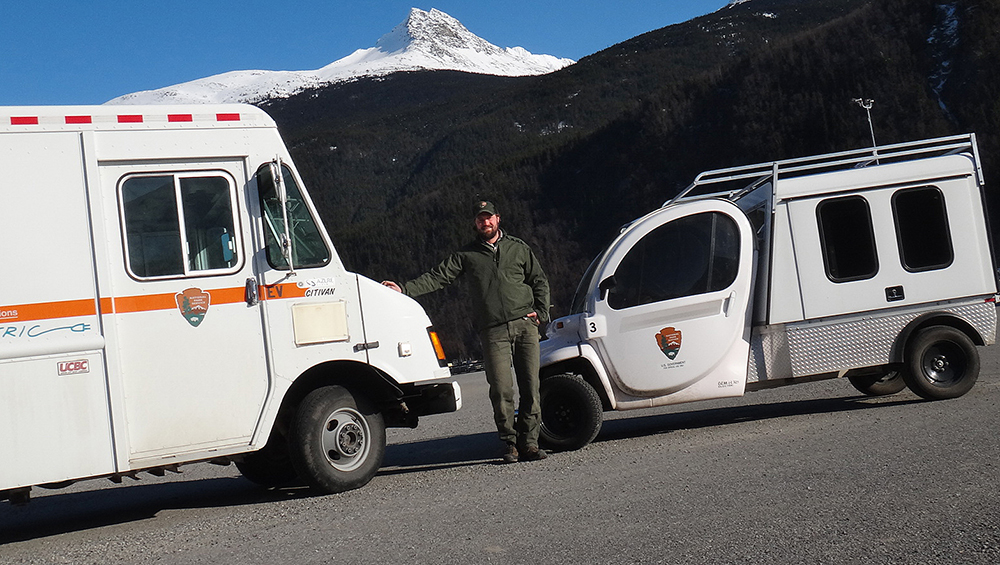 Cory Thole ‘01 co-created and narrated “Glacier Powered Vehicles,” an award-winning short video on a clean energy initiative of Klondike Gold Rush Historical Park in Skagway, Alaska. The video highlights the park’s efforts to reduce gasoline consumption through the use of hydro-electric powered vehicles.

The video took second place in the My Green Parks Video Contest sponsored by the National Park Service. The contest encourages national parks, programs and regional offices to share their green accomplishments.

Thole, whose video skills are self-taught, promoted Klondike Park’s use of electric shuttle vans and other park vehicles, which has cut CO2 emissions by 30,000 pounds annually. In the video, he explains how the Skagway area’s hydro-electric power plants harness a landscape of steep elevations and primarily use gravity to generate electricity. This results in sustainable power and a very low environmental impact.

After earning a Bachelor of Science in biology at St. Cloud State, Thole moved to Alaska where he worked for an outdoor adventure company. In 2008 he completed a masters in secondary education and became a 6-12 grade science teacher. When a permanent spot opened at Klondike two years ago, he left the classroom to accept a “very non-glorious” position as a park maintenance worker.

Thole’s job brings him to remote back country campsites and allows him to spend time in the rugged natural settings he loves. Among his duties is the preservation of historic structures. Thole also heads a team responsible for establishing environmentally conscious protocols for park operations.