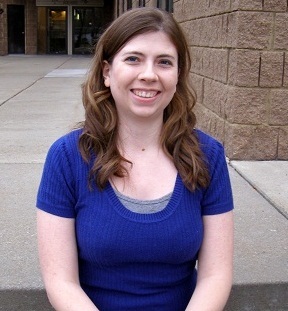 Minneapolis writer and St. Cloud State alumna Bethany Frenette ’05 has made the Twin Cities the setting for her debut book, “Dark Star,” published by Hyperion. The young adult novel, a blend of supernatural adventure and romance, was released in October 2012.

Plot-driven and spiked with goofy humor, the book has earned positive reader reviews. The second of the series, “Burn Bright,” is expected to be out in the fall.

Bill Meissner, professor of English at St. Cloud State, knew of Frenette’s potential as a student in several of his classes. The quality of her writing inspired him to keep a folder labeled “The Bethany File” in his file cabinet.

“I rarely do that with student work,” Meissner said. “Bethany was an outstanding creative writing student from day one. I recognized great potential and saved her writings from the first fiction writing class she took from me.”

He shared the file with Frenette — much to her embarrassment — when he invited her back to his class as a guest speaker last fall. 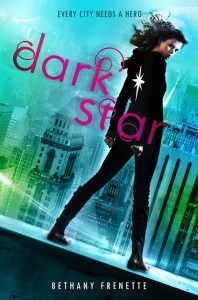 Frenette went on to earn a Master of Fine Arts from Hamline University, and was employed at Target Headquarters until she landed a multi-book deal with Hyperion.

“I didn’t specifically choose to write young adult. The novel I wrote for my MFA thesis wasn’t YA, but when I got the idea for “Dark Star,” that’s just how it turned out,” Frenette said.

Since childhood, Frenette has written fiction in various forms. At 5, she made up stories at night to combat her fear of the dark. A few years later, she was filling spiral notebooks with “fan fiction” — creating new storylines for characters in the children’s books she loved. A bookish child, Frenette developed into a playful adult who can recite Maurice Sendak’s “Outside Over There” from memory.

As a St. Cloud native, Frenette had a “natural impulse” to attend St. Cloud State given its convenient location just a few blocks from her mother’s house. As a student she lived at home as she majored in English literature and minored in creative writing. During this time she wrote mostly short stories. In her senior year, Frenette was co-editor of Upper Mississippi Harvest, the university’s annual literary and art magazine. In her spare time she was drawn to writing fantasy novels.

As a newly published author, Frenette is supportive of reader-written fan works, a growing internet trend, and one that she feels fosters community. In her view, once a book is in the hands and hearts of readers, the author cedes control and the characters are open to creative reinterpretation. Frenette considers it a simple matter of sharing, and is willing to allow others to play with her work and words.