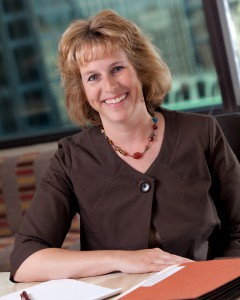 Only women professionals who have received a Top Women in Finance award in multiple years are eligible for “Circle of Excellence” status. Jester first received the award in 2006.

Client and nominator Jerry Baack, President of Bridgewater Bank, estimated that Jester has represented the bank in new loan transactions of upwards of $75 million in total value.

In 2008, Jester was named an Attorney of the Year by Minnesota Lawyer. She consistently achieved a Super Lawyers peer ranking in the Rising Star (2003-2008) and Super Lawyer (2009-2012) rankings. Within Messerli & Kramer, Jester has served on the diversity committee and board of directors. In 2007 she also co-founded, developed and rolled out an associate mentor program.