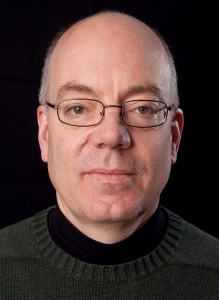 The Ionospheric Connection (ICON) team will develop instruments for an Explorer satellite mission to be launched in 2017 from Goddard Space Flight Center, northeast of Washington D.C.

ICON is led by research physicist Thomas Immel of the University of California, Berkeley.

Harlander, a professor of physics, astronomy and engineering science, will design, fabricate and pre-flight test an instrument that will measure winds and temperatures in the thermosphere, an upper layer of Earth’s atmosphere.

Harlander’s students will participate in the ICON project via a prototype called REDDI.

“They’ll have the opportunity to work with this technology in a way they couldn’t with actual space hardware, which is mostly sealed away in a clean room,” Harlander said. “They can get under the hood and do alignments, play with data analysis algorithms and make observations from campus.“

“Students will support ICON by making ground-based upper atmospheric wind measurements with REDDI both before and after launch,” he said. 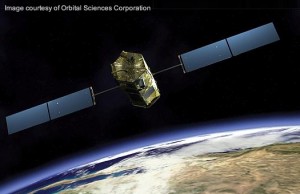 The prototype is being installed in Brown Hall, Harlander said.

Explorer is NASA’s oldest continuous program. It provides low-cost access to space for investigations in heliophysics and astrophysics.

Funding for missions of this type is capped at $200 million, excluding launch vehicle and spacecraft. ICON funding is not yet public, Harlander said.

NASA will likely use an Orbital Sciences Corporation Pegasus XL rocket and LEOStar-2 satellite to send the ICON instruments aloft. Learn more about the LEOStar-2 (PDF).

The Explorer program has launched more than 90 missions since 1958, including Explorer 1, which discovered Earth’s radiation belts, and the Nobel Prize-enabling mission Cosmic Background Explorer mission.

Harlander has worked at St. Cloud State since 1991.

« President Potter attends State of the Union
Letter: Something for everyone »