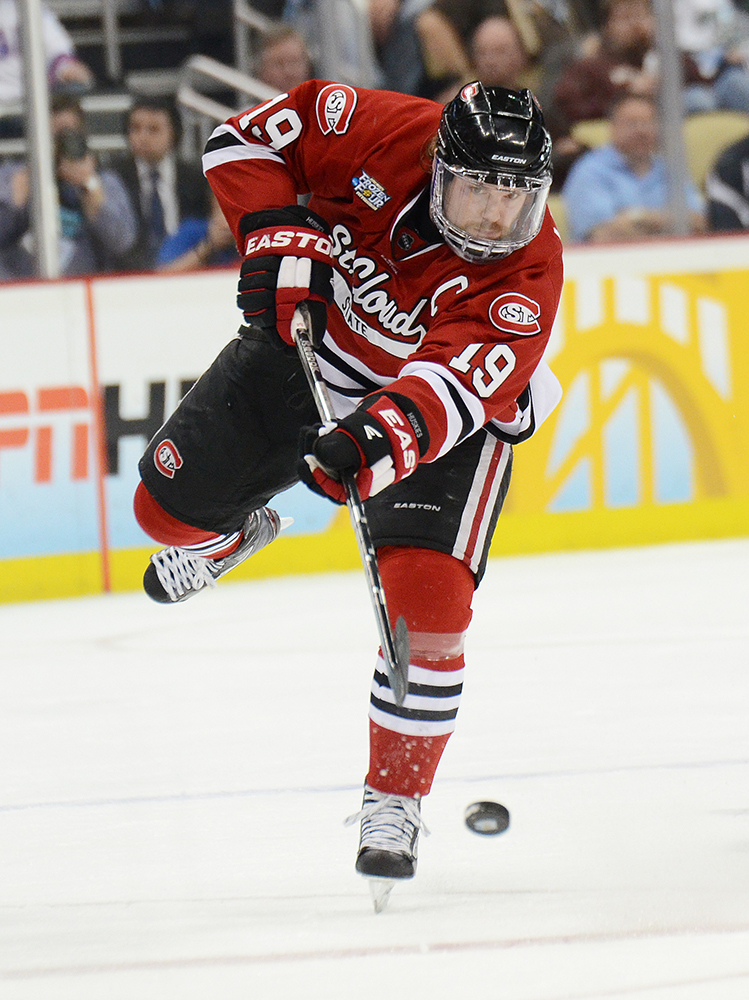 Drew LeBlanc’s career as a St. Cloud State student is climaxing April 12 as he holds in his hands college hockey’s version of the Heisman Trophy.

At center ice of the CONSOL Energy Center in Pittsburgh, Penn., LeBlanc accepts the 40-pound Hobey Baker Memorial Award, a St. Cloud State first. The senior forward for men’s Husky Hockey is the recipient of a national best 24,707 fan votes and the approbation of a 23-member national selection committee.

Talking through a miniature monitor in his right ear is an NHL Network director, who is prepping LeBlanc for a live television broadcast.

Seated on the ice before LeBlanc are his parents and two younger brothers, flown in from Hermantown, a suburb of Duluth. 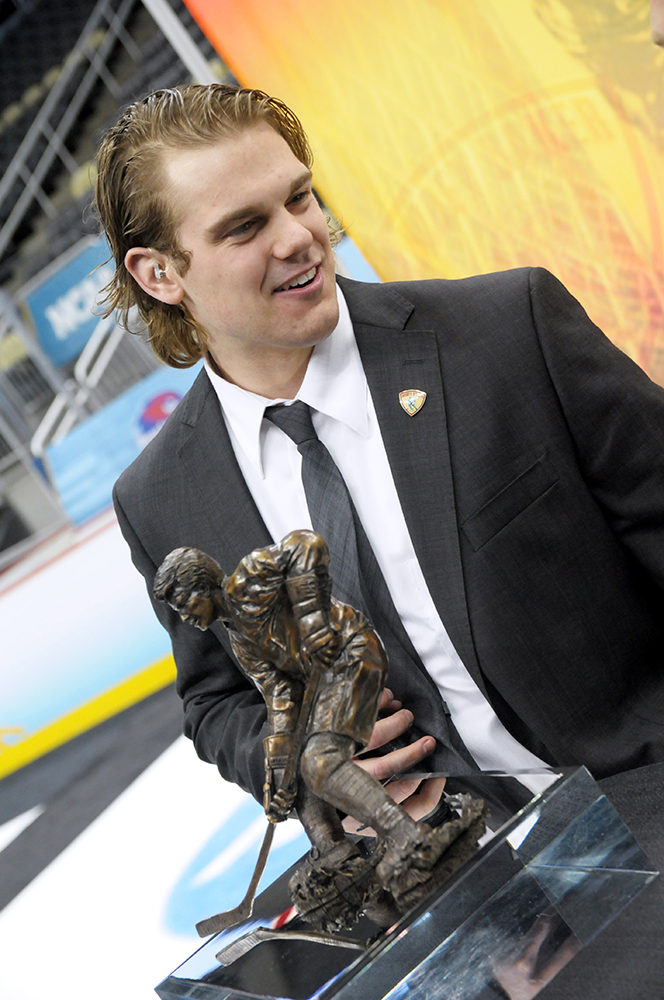 In the arena seats are his teammates, who combined with LeBlanc to create a season unlike any in Husky Athletics history:  A share of the Western Collegiate Hockey Association (WCHA) title, symbolized by the 100-year-old MacNaughton Cup, and a berth in the NCAA Division I Men’s Ice Hockey Championship — the Frozen Four.

Also in the stands are the surgeon and trainer who helped LeBlanc heal from a 2011 compound fracture of both bones in his lower left leg, a gruesome game injury that frightened his teammates and threatened his career.

The three-time WCHA Scholar-Athlete and popular mathematics student teacher at St. Cloud Apollo High School is just hours from getting a phone call from the Chicago Blackhawks. Management at the storied National Hockey League franchise sees LeBlanc as college hockey’s leading playmaker, based on a national-best 37 assists during the 2012-13 season. It also sees a young man of high character, who earned a rare sweep of the WCHA’s outstanding player and top student-athlete awards.

In the 144 years since students first stepped into a converted hotel above the Beaver Islands, has a St. Cloud State student earned more acclaim for athletic and academic feats?

This is the legacy of Drew LeBlanc.

– 2013 Capital One At- Large Academic All-America Second Team (Div. I)

– Helped lead Huskies to a berth at 2013 WCHA Final Five