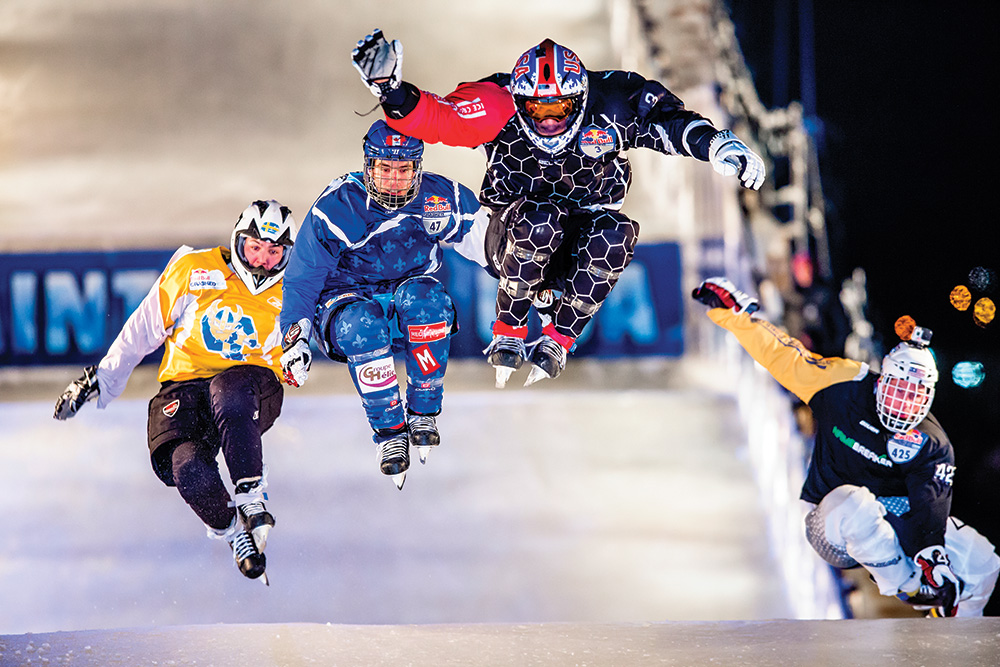 Naasz was in a heated race for first with Austria’s Marco Dallago since the Red Bull tour’s first stop in Helsinki, Finland, through to the world championship in Quebec City, Canada, March 22. Naasz claimed first in Moscow.

Invented as a marketing strategy by Red Bull to promote its energy drink, Crashed Ice started in 2001 in Sweden. It now attracts athletes from around the world to compete in steep downhill tracks built with curves, jumps and bumps. Amateur ice skaters and professional ice hockey players can qualify for the races.

Naasz has competed in the Crashed Ice circuit since 2012.