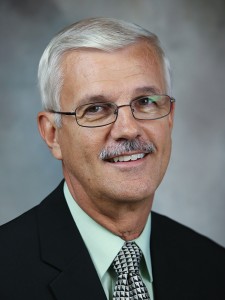 Q: What has been the most satisfying aspect of coaching Husky Basketball?
A: The relationships that I have developed over the years. It has been a privilege to coach at St. Cloud State for all these years in a job that I have truly loved. To have a chance to do something every day that you look forward to is very special. I would hope that our players look back over their experience at SCSU as a positive one. I hope that they had fun on the basketball court while getting an education that will serve them well for the rest of their lives. The community of St. Cloud has been very supportive of our program, and I am happy to call many of them not only fans but friends.

Q: Are there games or moments in your career that stand out?

A: Graduation day always stands out for me. To see one of our players graduate and complete the dream of getting a college education is very special to all of us involved. I hate to single out one game or experience in basketball that stands out because there are so many.

If I had to choose one, it would be the opportunity to play in the Final Four. After coming close several times, to finally have a chance to represent St. Cloud State and all the players that had gone before us was something that I will always remember. Standing in the tunnel as we got ready to take the court as they played the song “One Shining Moment,” my only thought was that I wished every player who had worn the Husky jersey could be there with us.

Q: What would you like your legacy to be?
A: I have never been concerned about my legacy. John Wooden described “success” as knowing that you did your best. That is all I ever tried to do.

Q: What’s next for Kevin Schlagel?
A: I am not sure what the future holds. I will take a little time off and then explore my options. Pam and I do plan on staying in St. Cloud.

Kevin Schlagel by the numbers