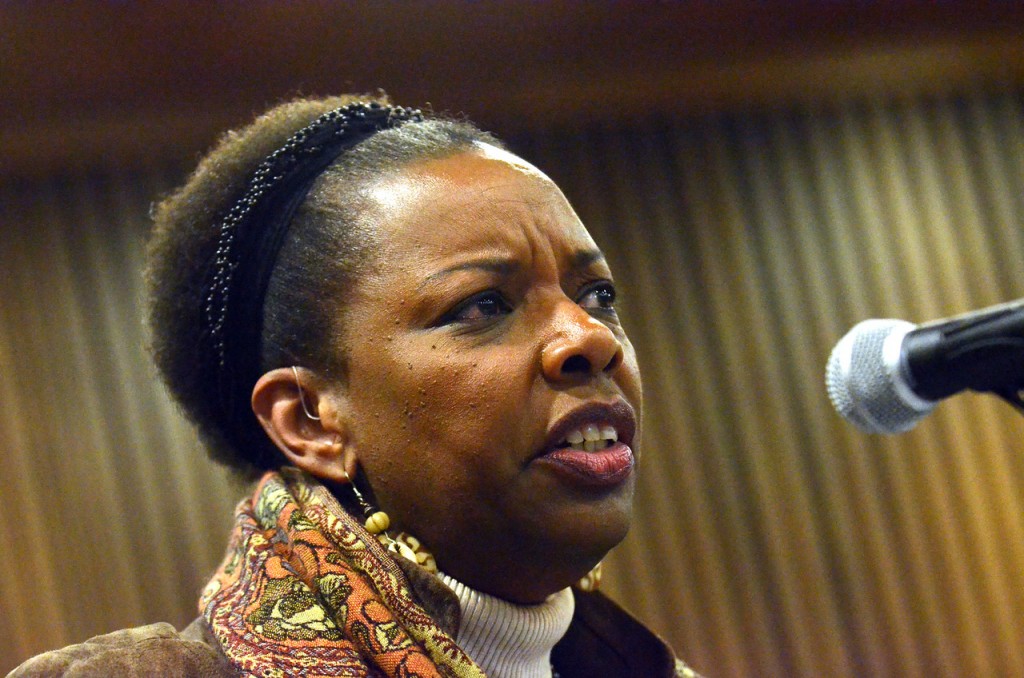 The 1920 lynchings of three young black men in Duluth, fueled by a mob that may have numbered 10,000, is a rarely told story of terrorism, a “twisted morality play” that warned blacks to not reach beyond the restrictions of their second-class social status, according to panelists.

The incident is retold in “Trial By Mob: The Duluth Lynchings,” KVSC 88.1 FM’s noon March 1 docudrama based on the only book about the murders of circus workers Elias Clayton, Elmer Jackson and Isaac McGhie.

Duluth native and retired journalist Michael Fedo authored “The Duluth Lynchings” and the radio script. A recording of the Feb. 25 discussion airs 1 p.m. March 1 on KVSC.

“The purpose of the lynchings was to terrorize people of color who lived in the community,” said panelist Debra Leigh. An African-American and veteran anti-racism educator, Leigh is lead organizer for the St. Cloud State (SCSU) Community Anti-Racism Education Initiative. 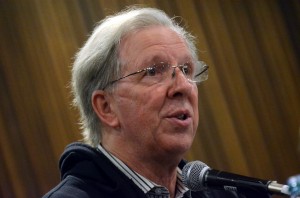 “These (lynchings) were morality plays, in a twisted kind of way,” said panelist F. Barry Schreiber. “They were designed to teach a lesson to the affected people. And, one of the features of many American lynchings, especially in the South, was to leave the corpse dangling from the bridge, from where the charred remains were, as an emblem of further disrespect.”

Schreiber, an SCSU professor of criminal justice studies, has long used the incident in his classes. Nearly two years ago he teamed with KVSC station manager and “Trial By Mob” producer Jo McMullen-Boyer ’91 to launch the project.

“It was something not to be spoken of,” said Schreiber. “Had it not been for the man you see before you (Fedo), chances are none of us would know about the lynchings in Duluth.”

Other than contemporaneous news accounts, the lynchings story went largely untold until Fedo published the first version of his book in 1979. The buying public was not receptive, a response best captured by a Minneapolis Star Tribune review.

“The reviewer said, something to the effect that, ‘This was an event that was better left forgotten, but along comes this Fedo fellow to bring it up and rub our noses in it all over again,’ ” said Fedo, a panelist.

The book, published since 2000 by Minnesota Historical Society Press, and Fedo’s 2015 radio play, are small voices on the huge stage of Minnesota history.

Schreiber urged audience members to be part of the Duluth lynchings story, to bear witness that the incident happened, no matter how painful and embarassing.

Leigh said racial issues aren’t easy: “We don’t talk about white people being comfortable. We talk about saying the truth.”

Carol Cooley, SCSU costume shop manager and “Trial By Mob” director, prodded the audience with a truth she found in Fedo’s works.

Said Schreiber: “You. Look at you. A hundred people on a winter night came out to hear what’s been done. You are the story.”

“Trial By Mob” is made possible, in part, by a grant from Minnesota’s Arts and Cultural Heritage Fund. Licensed to St. Cloud State since 1967, KVSC 88.1 FM is an independent community radio station that broadcasts non-stop to a potential Central Minnesota audience of two million people.

« Kids, Huskies have a ball at Bowl-a-Thon
Students give back through CGI University commitments »