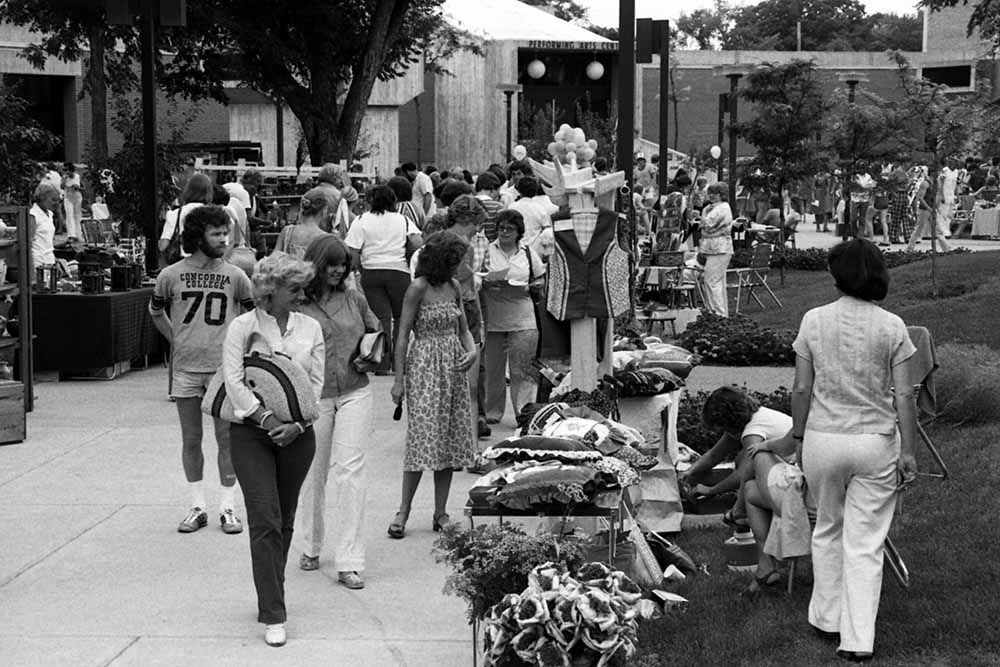 People walk past art vendors at the 1979 event. Photo courtesy of University Archives

The event began July 9, 1974, with the dedication of the campus mall between Stewart Hall, Atwood Memorial Center and Centennial Hall, according to Tom Steman, of the University Archives.

The ceremony featured an art show, a carillon concert, a dedication ceremony, a concert by the Minnesota Orchestra and a dance on the mall.

The event returned the following year under the moniker the Lemonade Concert and Art Fair.

“And the name has stuck since then,” he said.

« Henrickson kicks off campaign for women’s athletic lounge
Ready for the future: Community and workforce leaders »