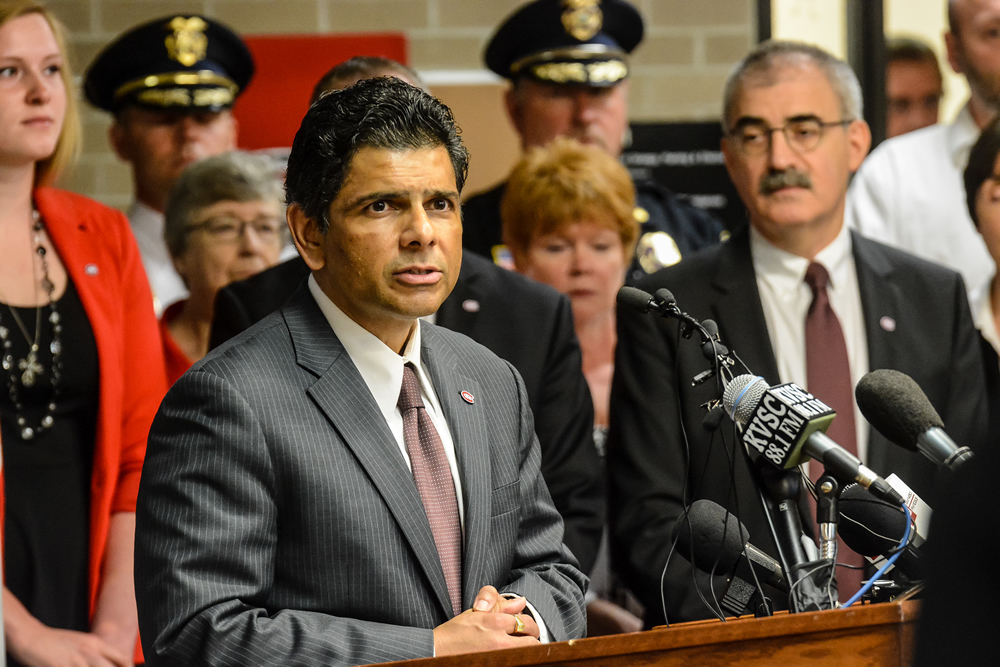 Potter, 69, was killed June 13 in a one-vehicle crash in Brooklyn Park, on his way to a MnSCU meeting in St. Paul. The 11 a.m. press conference included tributes to Potter’s nine years of leadership at the 147-year-old university. Rosenstone affirmed Ashish Vaidya as acting president and pledged to recommend Vaidya to the MnSCU Board of Trustees as interim president.

“I have complete confidence in his ability to lead the university over the months ahead and to be an absolutely stellar partner with this community,” Rosenstone said of the former St. Cloud State provost and vice president of academic affairs. “He is singularly equipped to do so.”

Vaidya told the crowd: “As we grieve [Potter’s] death, let us all come together as a community to share and strengthen the legacy he leaves behind at St. Cloud State.”

Vaidya suggested Potter spent a lifetime accruing “eulogy virtues” such as kindness, bravery, honesty and faithfulness, rather than focusing on “resume virtues,” such as wealth, fame and status. The two recently discussed this thesis, which is central to political commentator David Brooks’ 2015 bestseller “The Road to Character.”

“Every aspect of what I see around the university, with the students at the core, is a powerful reminder of what he stood for, and his values,” said Vaidya. 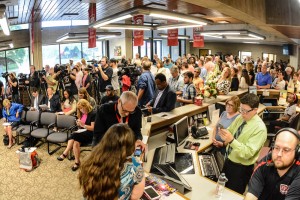 “The connection between St. Cloud State University and the City of St. Cloud has never been stronger and that’s because of his leadership.”

Haji Yusuf ’09, a Somali-American businessman, community leader and Potter confidante, said: “He made this space safe for everyone, regardless of your religion, your color, your sexual orientation, where you come from. He was building community. He was a bridge-builder.”

“He was really approachable,” said Johnson. “He was a really loving and caring guy.”