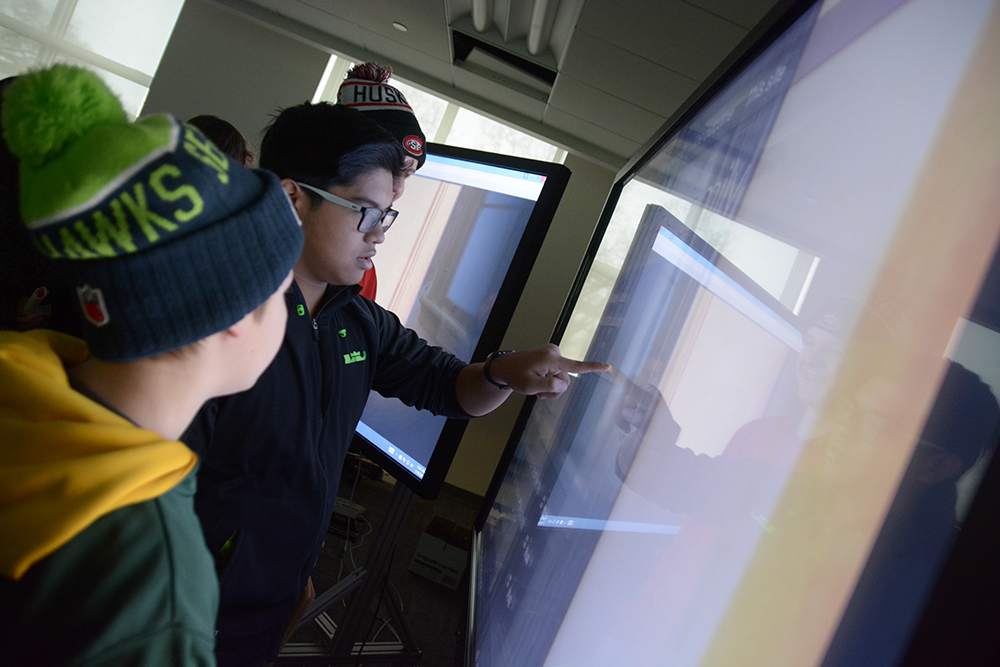 Eighth graders from Sauk Rapids-Rice
Middle School take a virtual tour of the Anne Frank House in the Visualization Lab.

Hundreds of St. Cloud area eighth graders studying Anne Frank in language arts or communications classes expanded their understanding by spending a day on campus learning about Anne Frank through the “Reading and Writing Anne Frank” traveling exhibit from the Anne Frank Center in New York.

In addition to viewing the exhibit, the students experienced a hands-on virtual tour of the Anne Frank House in the Visualization Lab at the Integrated Science and Engineering Laboratory Facility (ISELF) and heard from GREAT Theatre’s “The Diary of Anne Frank” Director Jeff Bleam, a St. Cloud State theatre professor. They later went to a performance of the GREAT Theatre production. 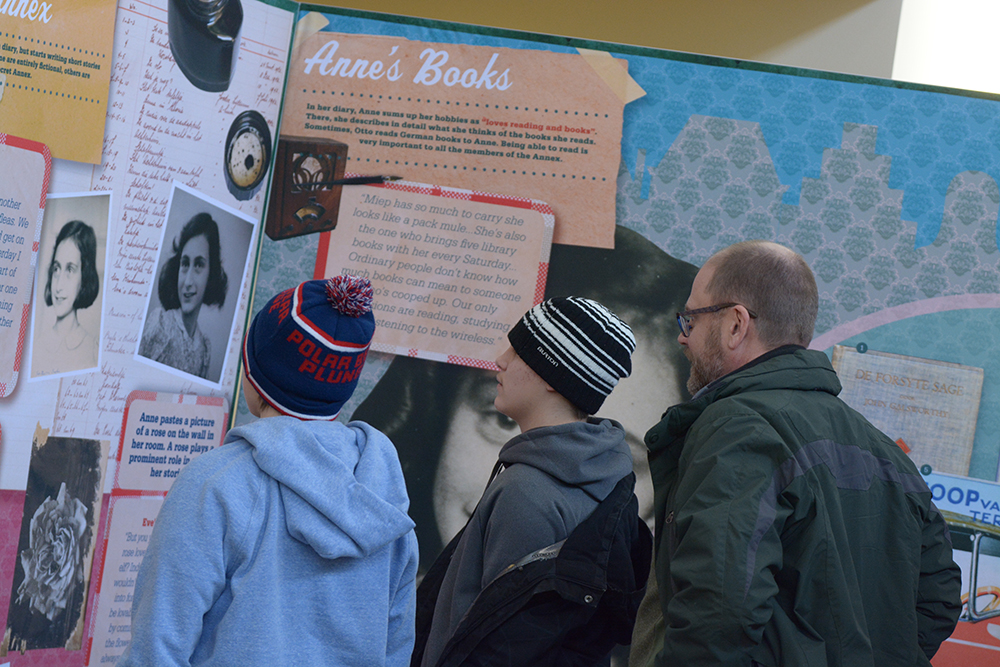 “This collaboration is creating programming that will help to contextualize and expand understanding of Anne Frank and the Holocaust,” said Dan Wildeson, director of the St. Cloud State Center for Holocaust and Genocide Education and organizer of the exhibit visit.

Additional programming included St. Cloud State hosting Holocaust survivor Inge Auerbacher in Ritsche Auditorium and screening of the documentary “Anne Frank Remembered” both in March. St. Cloud area youths gained a greater
understanding of the world of Anne Frank and her passion for writing thanks to the Center for Holocaust and Genocide Education.

For many of the students involved, this was their first chance to see live theater and visit a college campus. It gave both these students and the public a rare opportunity to learn about the history involved and go beyond the play.

The theater company and Bleam also worked with Wildeson to ensure the play was as authentic as possible in its production of the story.

The on-campus events were made possible in part by gifts from alumni and friends to the St. Cloud State Foundation for the benefit of the Center for Holocaust and Genocide Education. The student visits were co-sponsored by the College of Science and Engineering, Learning Resources and Services, the Office of Admissions and the Department of Theatre and Film Studies.