“I performed George Antheil’s seminal work, “Ballet Mechanique,” several years ago so I am quite familiar with his music,” Sadler said.

Sadler was invited by colleague and Amsterdam-based pianist, Guy Livingston, who has devoted his career to performing the works of Antheil. 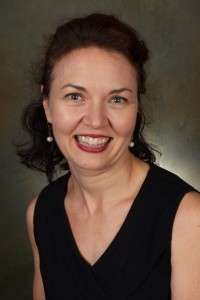 Livingston had found the “Serpent Mechanique” piano roll piece that had never been performed by human pianists as it only existed as a player piano piece.

“Because of the density of the player piano roll music, we realized that it was more than even two pianists could fully realize,” Sadler said.

The duo then turned to a trio as they brought in California Bay-area pianist, Alanna Rantala.

Being that “Serpent Mechanique” only existed as a player piano roll, the piece needed to be transcribed by ear from historic recordings of the piece on a player piano in order to create a version for live pianists.

“Six hands on one piano requires intricate choreography and communication about who reaches over whom, who needs to get out of the way and how to do that seamlessly,” Sadler said. “Because we created this version for six hands, we changed and adapted parts of the piece through the rehearsal process for optimal technical performance and the greatest musical expression.”

Because of the experience of working together in various combinations for more than twenty years, working out the choreography came quite naturally, she said.