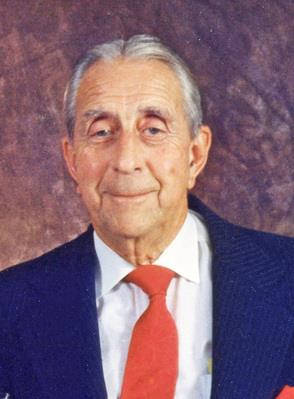 Through the generosity of the late William (Bill) Leopard, the St. Cloud State University Foundation received an estate gift of $590,000 for the William and Mary Leopard and Bertha Binnie Leopard Scholarship in Education fund, named for his wife, Mary ’40 and his mother, Bertha.

Leopard grew up in Melrose, graduated from St. Cloud Technical High School in 1937 and went to work for what was then called the St. Cloud Daily Times. His career in journalism continued after his service in World War II at the Sioux Falls Argus-Leader and then through Gannett Newspapers until his retirement in 1977.

Leopard’s philanthropy included the establishment of the Leopard Memorial Scholarship in 1984, including a bequest to be given upon his passing.

The fund is utilized to support scholarships at St. Cloud State for students majoring in elementary education in the Teacher Development department, are juniors during the award period, and are dedicated to the field of teaching.

“Bill Leopard lived an extraordinary life, and we are grateful for his generosity to St. Cloud State University through the Leopard Scholarship in Education Fund,” said Matt Andrew, vice president of University Advancement. “His philanthropic spirit will be a lasting legacy for St. Cloud State and its students who wish to pursue a career in teaching.”