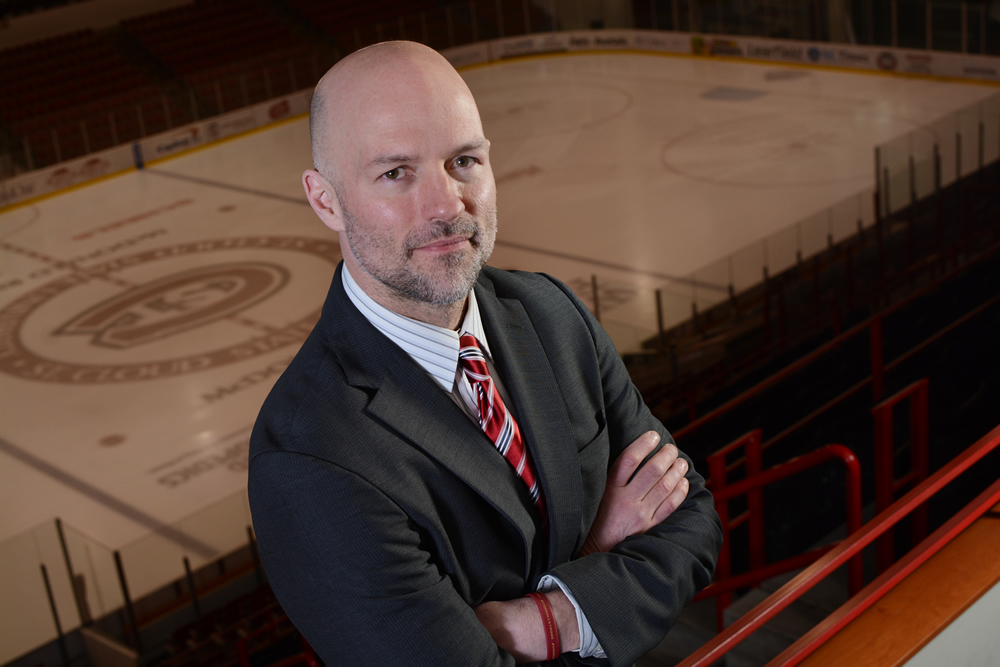 “Brett is a tremendously talented coach and has played a significant role in the success of the University of Minnesota-Duluth’s men’s hockey program,” said Heather Weems, St. Cloud State director of athletics.

Larson takes over a program that was led by Coach Bob Motzko for 13 seasons. The Huskies have positioned themselves among the best NCAA Division I programs in the nation. During the 2017-18 season, the Huskies won the National Collegiate Hockey Conference regular season championship for the second time since 2014.

2 National Championships – As an assistant coach, Larson helped lead the University of Minnesota-Duluth (UMD) to national championships in 2011 and 2018, as well as a runner-up finish in 2017

10 years coaching experience – including coaching jobs in Sioux City, at Ohio State and two stints at University of Minnesota-Duluth

72-37-8 St. Cloud State’s combined record through the last three seasons that Larson will build from

17/3 Larson is the 17th St. Cloud State Men’s Hockey coach since its inception in 1931, and the third head coach in the program’s Division I era

“I am honored to be taking over a program that is already filled with great student athletes who are respected on the ice, in the community and in the classroom,” Larson said. “I am thrilled to become the next head coach at such a well-regarded institution and with one of the top programs in college hockey.”

Larson most recently served as an assistant coach at his alma mater Minnesota Duluth from 2015-18.

He also was an assistant with the Bulldogs from 2008-11 and helped Minnesota Duluth win an NCAA Division I national title in 2011 and once again in 2018.

The Bulldogs made five NCAA tournament appearances during Larson’s tenure, finished as the NCAA runner-up in 2017, won the NCHC playoff title in 2017 and the WCHA playoff championship in 2009.

In addition to his time at UMD, Larson served as head coach and general manager with the USHL’s Sioux City Musketeers from 2011-13. He spent two seasons in Sioux City and led that team to the USHL playoffs in 2011-12.

Larson, who served as the head coach for gold medal-winning Team USA at the 2012 World Junior A Challenge, returned to the collegiate ranks in 2013 when he joined the staff at Ohio State as an associate head coach.

A Duluth native and 1991 Denfeld High School graduate, Larson played college hockey as a defenseman at UMD for four seasons (1991-95). He scored 24 goals and 43 assists in 133 career games.

An 11th round pick by the Detroit Red Wings in the 1990 National Hockey League draft, Larson played 12 years in the professional ranks. Larson earned his bachelor’s degree in criminology from UMD in 2004.