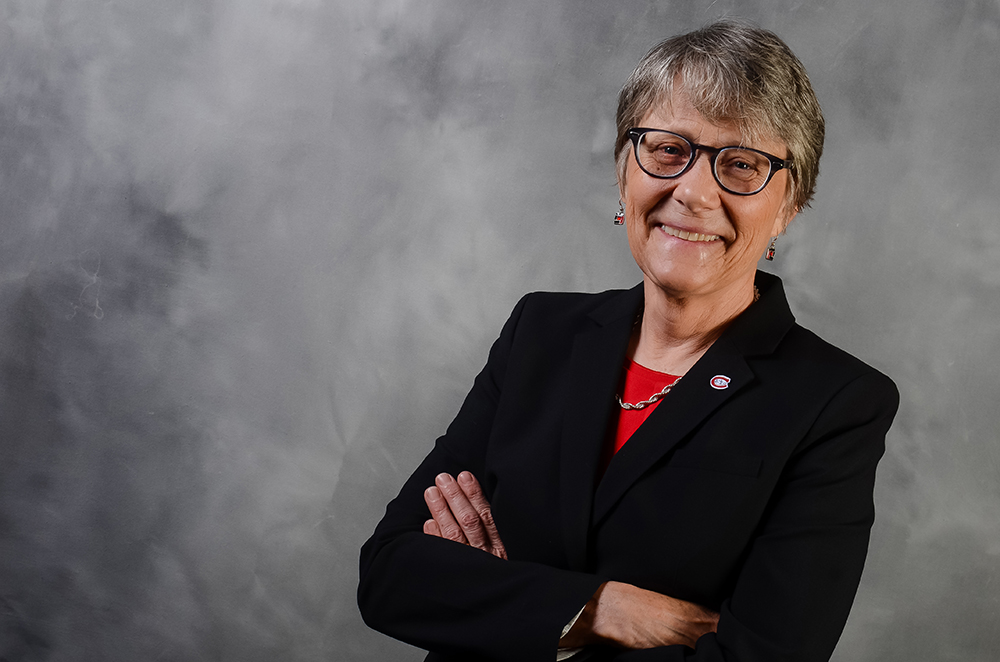 St. Cloud State University will celebrate the inauguration of its 24th president, Robbyn Wacker, at 10 a.m. Oct. 15 with a ceremony in Stewart Hall’s Ritsche Auditorium.

The theme of the inauguration is hope. Wacker is dedicated to reawakening a sense of hope and pride in the university as she leads it through a year-long sesquicentennial celebration and into the future.

President Wacker is the first permanently-appointed female president to lead St. Cloud State University. She comes to St. Cloud State from the University of Northern Colorado where she served for many years as a professor and administrator. At St. Cloud State she succeeds Ashish Vaidya, who served as interim president following the unexpected death of Earl H. Potter III.

In addition to an inaugural address by President Wacker speakers include:

Malhotra will present Wacker for official installation as president, and Moe will perform the oath of office.

St. Cloud State Interim Provost Dan Gregory will preside over the inauguration and Mace Bearer Thomas Hergert, Faculty Association President, and the deans of the colleges and schools will lead the academic procession. St. Cloud Mayor Dave Kleis ’89 will give greetings on behalf of the St. Cloud community.

Performance groups from the music department will participate in the ceremony.

Past St. Cloud State University presidents and family representatives as well as delegates from colleges and universities throughout the nation and world are also invited and expected to attend.

Wacker holds a doctorate in sociology from Iowa State University, and a master’s and a bachelor’s degree in gerontology from the University of Northern Colorado. She was selected by the Harvard Graduate School of Education to attend its Management Development Program for leaders in higher education, and she has completed the American Association of State Colleges and Universities (AASCU) Executive Leadership Academy. She has co-authored three books and has published more than 70 peer-reviewed journal articles and book chapters.