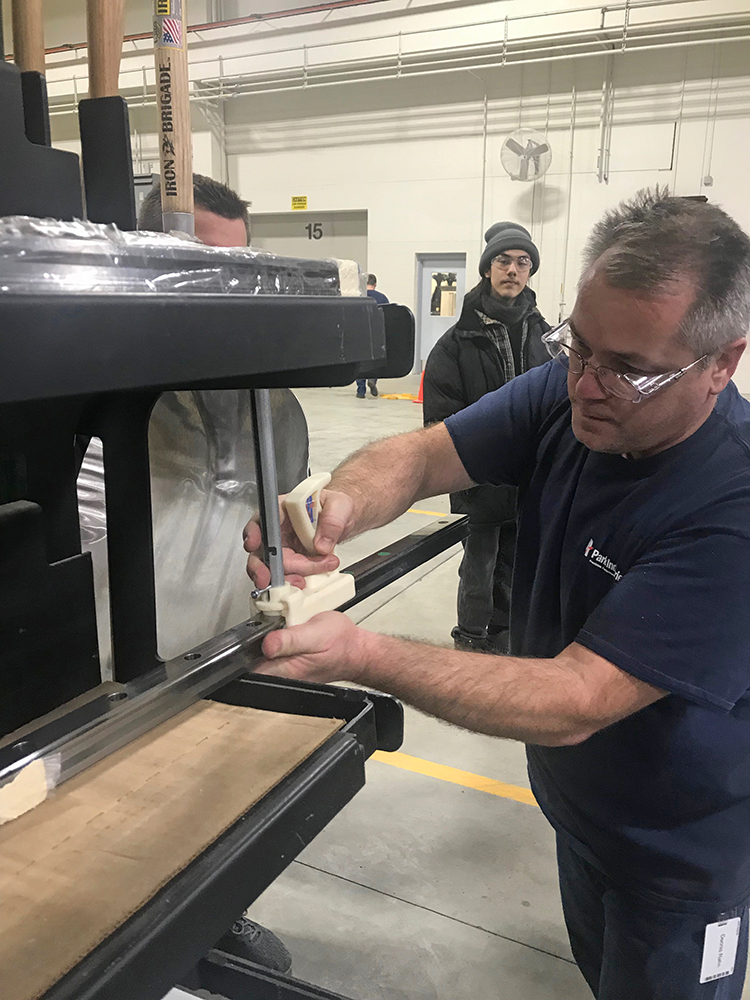 As Dennis Rahn ran the cap placement device across the rail, the device quickly placed the caps and flattened them perfectly every time. A job that once took 30 minutes by hand took 30 seconds using the device.

For students in Associate Professor Mark Petzold’s Special Topics in Electrical and Computer Engineering course, the demonstration was a lesson in how ideas formed at St. Cloud State University can make an impact in the world of manufacturing.

Petzold’s class visited Park Industries this February to tour the plant as the students spend the semester working on developing a solution for another of the stone working tool manufacturer that was first conceived of during the Huskies Invent event in November.

Huskies Invent is a non-stop Invent-a-thon where student teams have 48-hours to develop and present their unique solutions to a real-world challenge faced by a company in their industry. St. Cloud State held its first Huskies Invent in partnership with Park Industries in November. Petzold’s class is based on taking the solution chosen by Park Industries, a laser and power meter that acts as a sensor to automatically verify that parts have been appropriately milled and drilled, and developing it as far as they can take it.

Students in the course visited Park Industries to see the milling machine in action as they work on the solution.

While there, Rahn, who served as a mentor at the November Huskies Invent, showed how Park Industries employees took part of a solution offered by another group and developed it for use on the plant floor.

The team that initially developed the cap placement device did so as part of a solution to a larger problem. Park Industries saw value in the idea and modeled up and 3-D printed and tested a few versions of the idea until they came up with a working model, said Lyle Pedersen, of Park Industries.

“It’s a pretty simple device, but it works great,” he said.

The device stores the caps and automatically slides them into place and pushes them down flat as its run over the rail.

The device is already saving the company time. Previously as a worker installed the caps by hand the job would take 30 minutes on one component and 20 minutes on the other component to complete — taking almost an hour for each job.

Now that same job is down to about a minute with the new device. 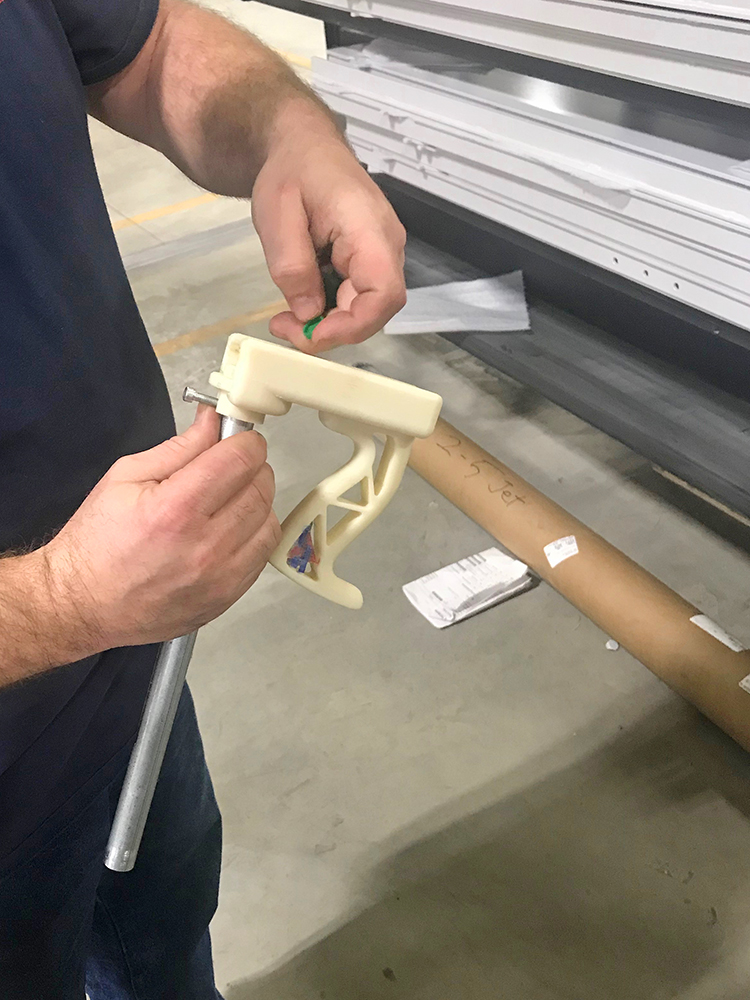 Dennis Rahn demonstrates filling the cap placement device with caps for installation on a component.

“And it’s a far better installation,” Pedersen said. “Before when we would put them in by hand every 10 would get in a bit sideways and they’d need to put in another. Now they put them in and they’re perfectly set at the right height,” he said.

The new device is a significant time saver, he added.

“No one ever really thought of addressing it until we saw it,” Pedersen said of the solution presented at Huskies Invent. “We thought ‘that’s really a great idea, we should make it work for us.’”

Kayla Sneller, a senior mechanical engineering major, was on the team that suggested the solution.

The group came up with its idea quickly, which included a robotic arm that inserted screws in addition to placing caps.

“I think it’s so exciting that part of our idea was able to be implemented and make part of their manufacturing process,” she said.

Pedersen is hoping for more successes to come out of the Huskies Invent class this spring.

Rahn sounded excited after the tour, the students had a lot of good ideas, Pedersen said.

“For them to come here and see for real life the problem, I think was pretty valuable for them,” he said. “It gave them perspective on what the problem really is. They were excited, and we’re excited to have the opportunity.”

The class isn’t the only St. Cloud State group continuing to work on the Huskies Invent problems from the November event, two senior design students took over a weldments placement problem that Park Industries presented at the event and are working on an independent project to develop a solution.

Pedersen is hoping to see their solution in practice at the plant soon too.

St. Cloud State is also in the process of finding a partner for the next Huskies Invent in fall 2019.