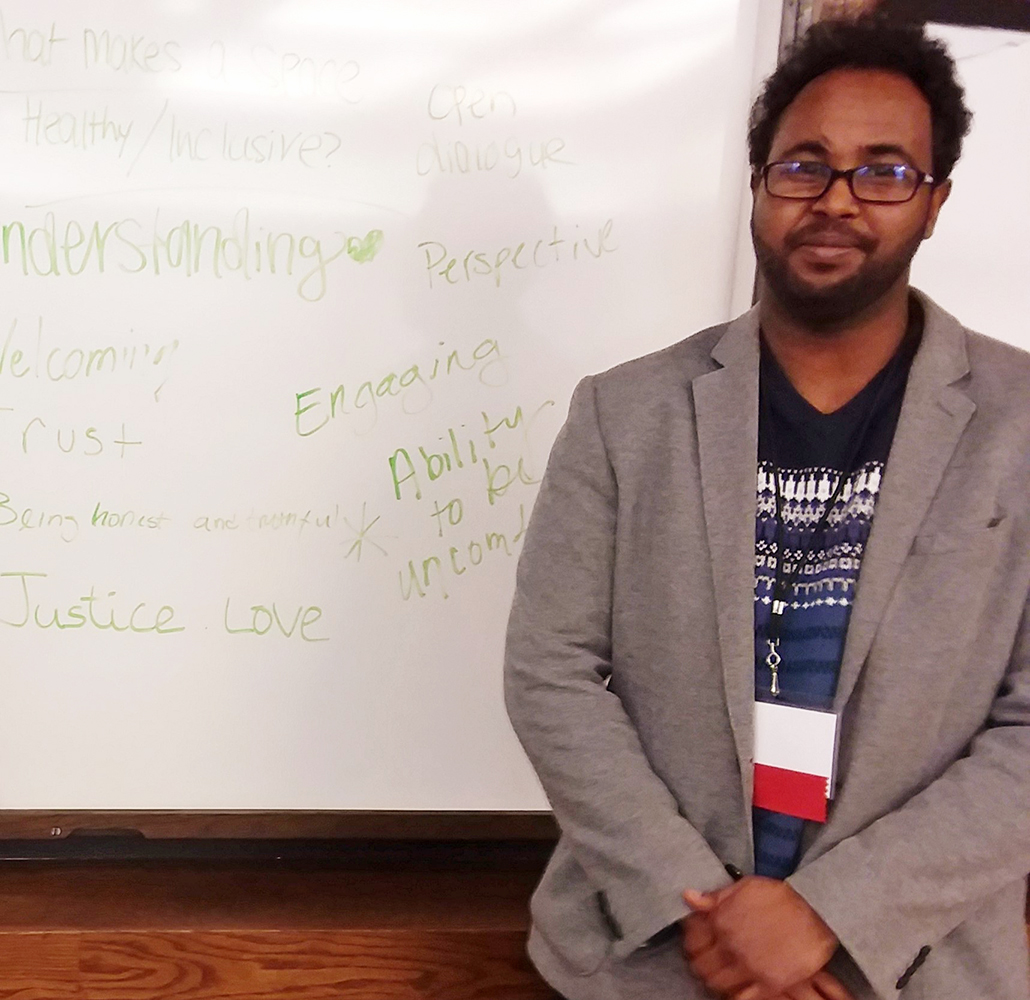 Mohamud is actively involved on campus. President Robbyn Wacker nominated him for the fellowship due to the efforts he’s made on and off campus to take a leadership role in bridging differences in the St. Cloud community.

“His lived experience as an immigrant/refugee from Somalia to South Africa and then to Minnesota and academic study inspire him to learn and make numerous contributions to his university and wider Minnesota community,” said Beth Knutson-Kolodzne, St. Cloud State associate director of Campus Involvement. “When he sees an issue of concern, he joins organizations, takes leadership roles and speaks out diplomatically to engage in productive discussions to help bridge differences in our communities.”

Mohamud is a history and social studies double major. He has been an active member of the Somali Student Organization, serving as its president in 2014 when he oversaw an initiative to reach out to Somali student at Technical High School in St. Cloud to encourage them to pursue higher education.

He also led the Student Government as its cultural diversity chair as the organization addressed challenges on campus. As an issue specialist for Students United, he used his diplomatic and communication skills while working with students across the state. This year he helped lead the “It’s Not Okay to be a Racist” rally at the Atwood Memorial Center and presented at Islamaphobia at a student panel meeting with Wacker.

“Mohamed is among the students who stand up to make a difference, educate others and try to diplomatically bring people together,” Knutson-Kolodzne said.

Through his major, Mohamud served as a History Day intern, worked on a Sesquicentennial research project and served on a faculty-student panel on white supremacy. He also is engaged off campus volunteering, helping with local political campaigns and bringing Somali students into the civic engagement process.

“Mohamud is the engaged student that St. Cloud State University strives to produce,” Wacker said. “He makes the St. Cloud State community a brighter place and is an example of how our students can engage as members of the 21st century global community.”

The Newman Civic Fellowship, named for Campus Compact co-founder Frank Newman, is a one-year experience emphasizing personal, professional and civic growth for students who have demonstrated a capacity for leadership and investment in solving public problems. Through the fellowship, Campus Compact provides a variety of learning and networking opportunities including a national conference of Newman Civic Fellows in partnership with the Edward M. Kennedy Institute for the United States Senate.

The fellowship also provides fellows with access to apply for exclusive scholarship and post-graduate opportunities.