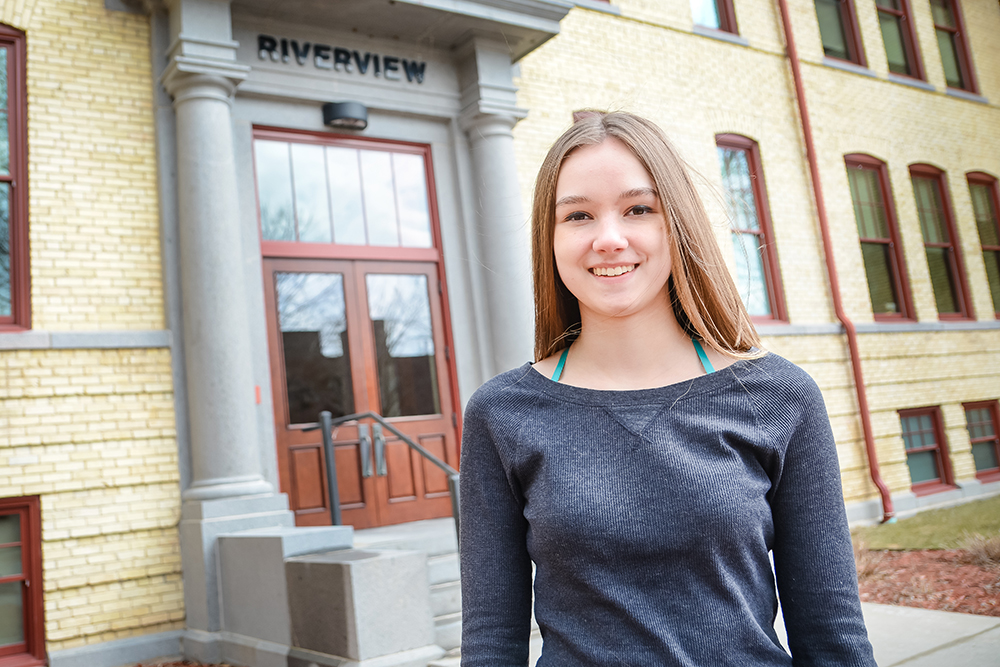 Stepping up to the podium in her freshman year is St. Cloud State’s Sydney Wolf, qualifying for the American Forensics Association National Individual Events Tournament (AFA-NIET) April 5-7 at the University of Alabama in Tuscaloosa, Alabama.

“I was blown away to hear that I qualified for nationals. I’ve had some previous success in high school speech, but nothing to this extent,” Wolf said. ” I am excited to simply be grouped in with all of the other talented individuals who will be competing. It means the world to me to be given an opportunity to travel and participate in an event of this size.”

At nationals, students from more than 120 colleges and universities compete in 11 different speaking and oral interpretation events. Wolf is the only student from St. Cloud State to earn a spot on the big stage.

“Sydney worked extremely hard and has greatly improved her presentational skills throughout the school year,” said St. Cloud State Speech and Debate Director Scott Wells. “She has competed against top competition and should be well prepared for the national tournament.”

In order to qualify for the American Forensics Association national tournament, students must place in the top three in their event at three different tournaments throughout the school year.  Wolf qualified in Extemporaneous Speaking, an event where students are asked to speak on current events with limited preparation time.

“This tournament is going to be tough, but I will still try my best, so regardless of the outcome, I’m hoping to be able to see who does well at this tournament and sort of take notes on them so I can better prepare myself for future years,” Wolf said.

For Wolf, the competition comes first, but says its also the connections made that make a difference.

“I also hope to make connections with people who I can see regularly at tournaments in the next few years, speech friends often become lifelong friends,” she said.

Formed in 1949, the American Forensic Association was created with the goal of teaching students to utilize the skills of argumentation and advocacy.

The forensics team is one of nearly 200 student organizations at St. Cloud State that give students leadership, management and volunteer service and learning opportunities which foster an active campus community.