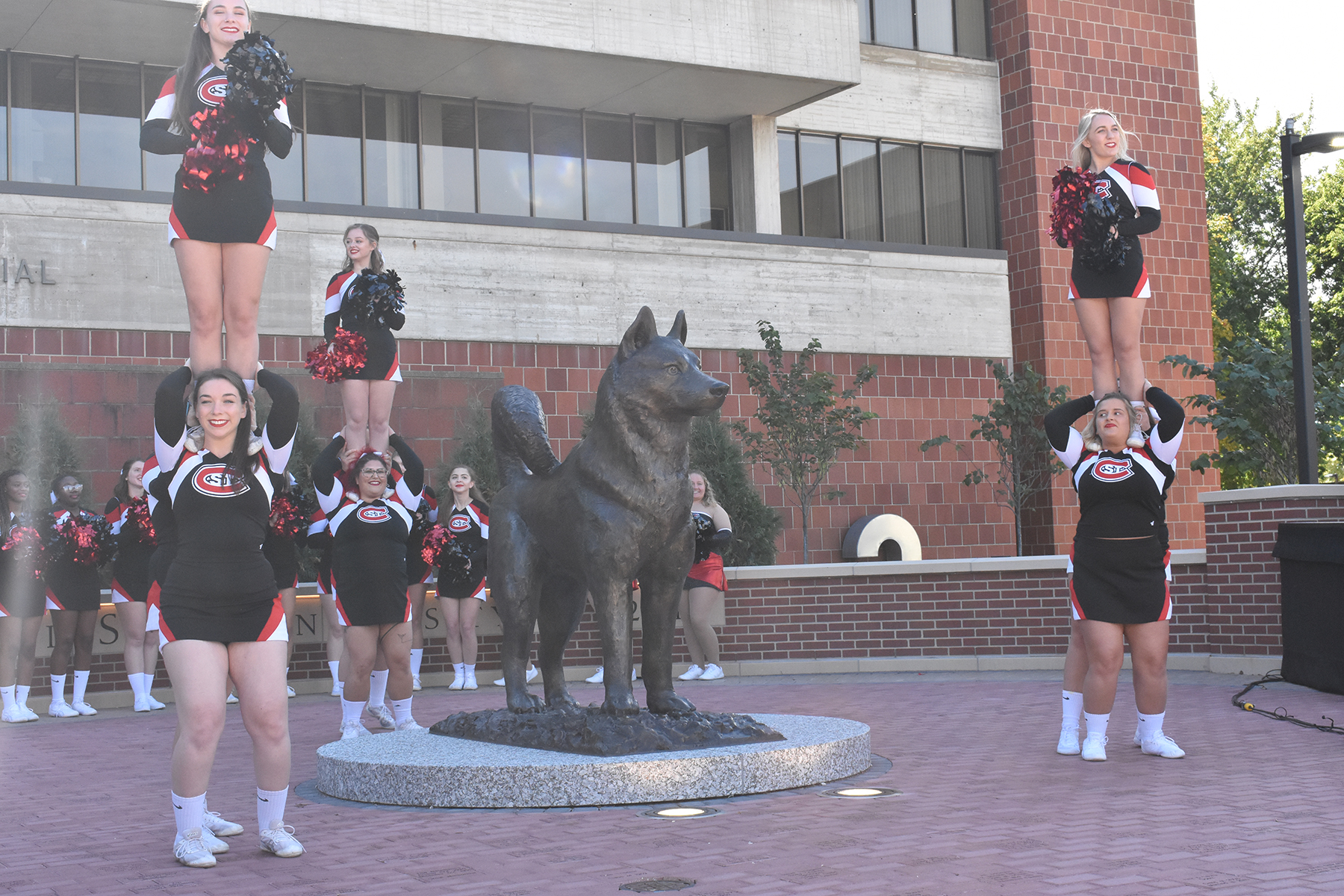 St. Cloud State University celebrated the dedication of Husky Plaza and the start of new traditions during Homecoming 2019 on Saturday, Sept. 28 on campus.

On Saturday, Sept. 28, in conjunction with the week-long Homecoming 2019 celebration and in honor of the St. Cloud State’s sesquicentennial, the university celebrated and officially unveiled its new Husky Plaza, which is located on campus just north of Centennial Hall between Atwood Memorial Center and the Performing Arts Center.

The plaza, which was completed in August, features a bronze Husky two-times life size created by sculptor Chris Bennett that is placed in front of a curved wall and is surrounded by over 500 bricks inscribed by St. Cloud State alumni, students, parents, employees and friends who have left a permanent legacy on campus.

The gathering space is designed to help build pride and new traditions on campus, while also enhancing the physical appeal of the university for many years to come.

Approximately $80,000 in revenue raised from brick sales will go towards scholarships given to students at St. Cloud State, most notably for the Strive Thrive Succeed fund, which helps students in financial need stay in school.

Along with their remarks celebrating the new space, a ceremonial burring of a time capsule was placed in a plaza column during the dedication ceremony.

The time capsule consists of a message from St. Cloud State in the present to St. Cloud State of the future as the university continues to look ahead to the next 150 years and beyond. Within the capsule, materials consisted of a message about what the university is now and included letters from Wacker, Uprety, Kleis and others, while also containing a certificate of recognition for the sesquicentennial from Minnesota governor Tim Walz and other items.

Students, faculty and members of the community are encouraged to come visit the space, rub the nose of the Husky Dog for good luck and help unleash a new tradition on campus for many more years to come.