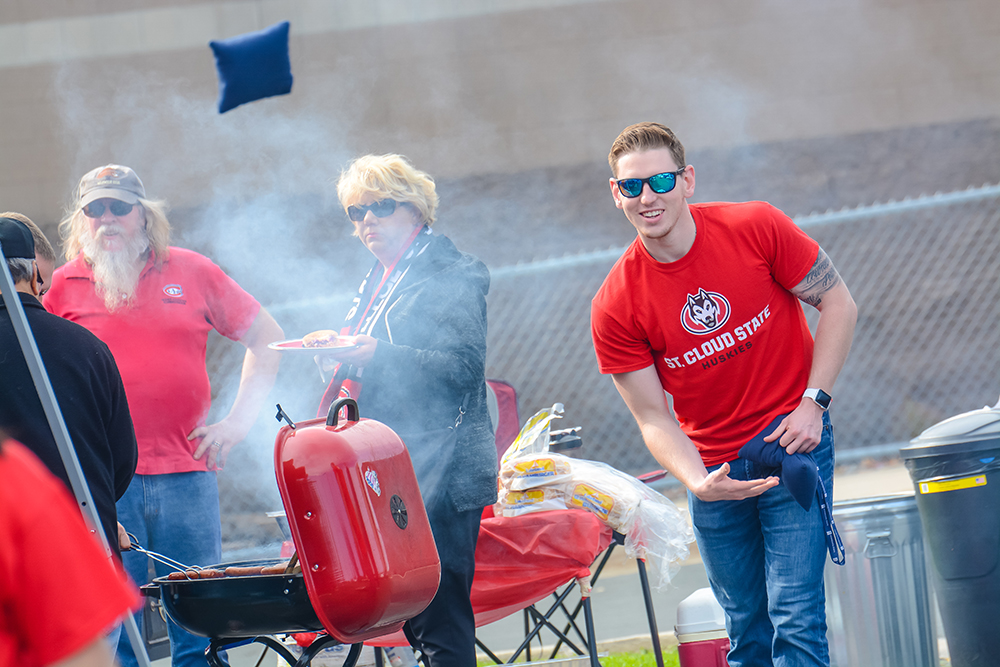 Fans and alumni grill and play cornhole during Fan Fest

Homecoming week started with Husky Kick-Off on Sept. 25 in the Atwood Mall with 1,300-plus students participating in activities from trampolines and games to t-shirt dying and food for students as they pass by between classes followed by the Husky Bonfire that night where 450 people attended.

Friday night featured the tradition of BlizzardShack, an event that saw 650 students turn up for games, mini golf, roasting marshmellows, music and inflatables for student entertainment.

Nearly 500 people showed up to tailgate and partake in Huskies Fan Fest and various reunions.

The Homecoming 5K Run/Walk along the Beaver Islands Trail had more than 200 registered runners partake in the run/walk.

Even though Huskies Football lost a heartbreaker, falling 20-17 vs Northern State, our fans showed up to the tune of 3,470, packing Husky Stadium and cheering on our Huskies.

Women’s Hockey carried out a shut-out of the University of Regina at the Herb Brooks National Hockey Center and blanking the Cougars 3-0 with 245 in attendance.

St. Cloud State’s Swim and Dive teams intrasquad meet had about 300 fans show up to the Halenbeck Hall Aquatic Center to cheer on our swimmers.

The University radio station, KVSC, hosted the Brother Ali concert at the Red Carpet in downtown St. Cloud with about 300 students, alumni and friends showing up to jam out.

View our highlight video recap of another successful Homecoming. Who will you see?