Graduates lined up during the ceremony 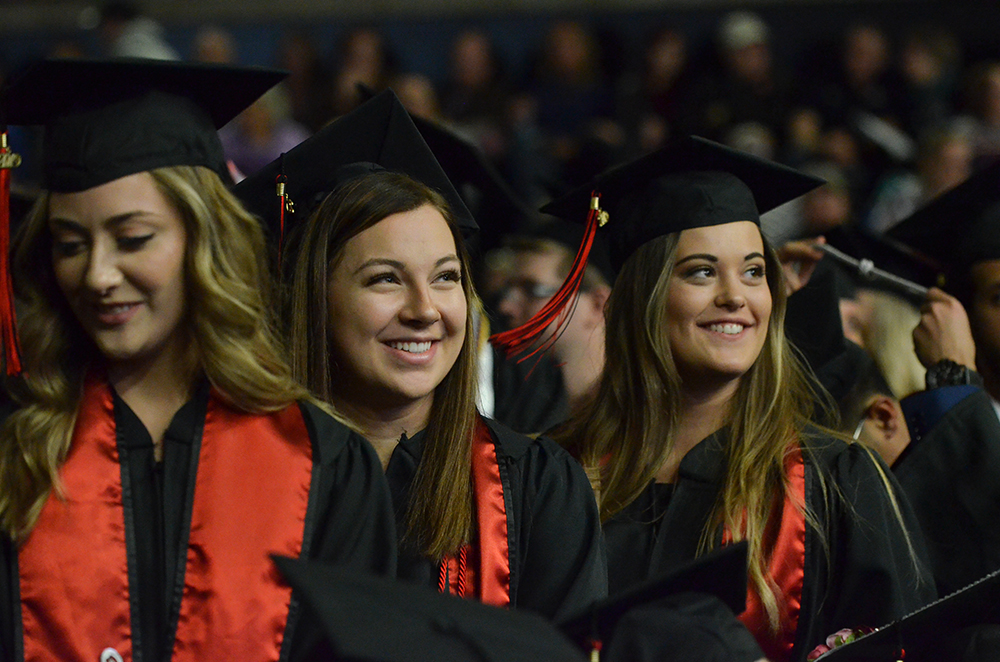 Graduates line up ready to receive their degrees.