A graduate shows off her diploma 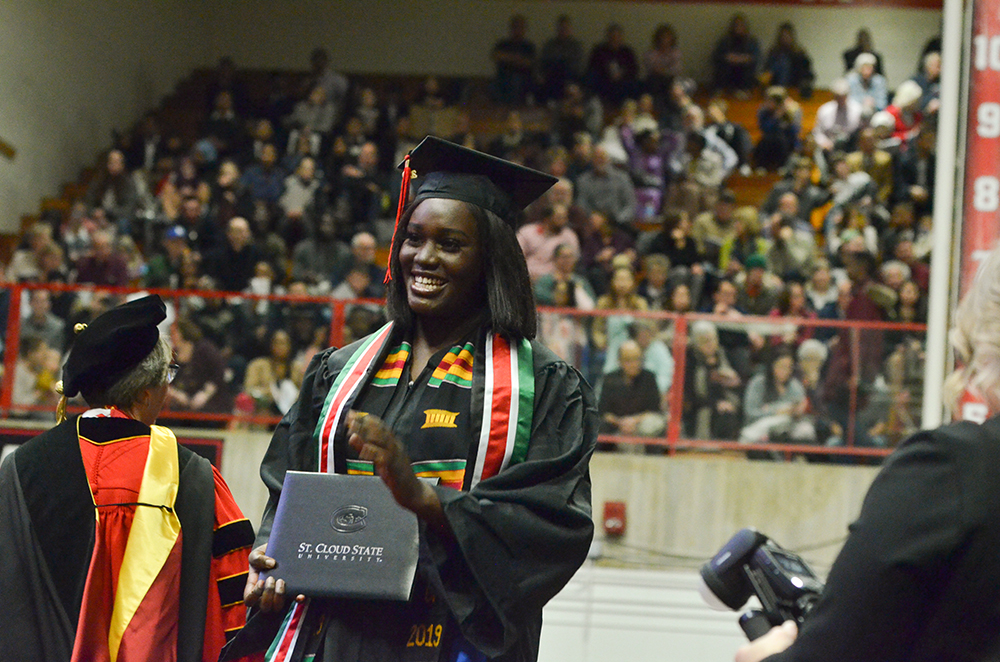 A graduate gives a waive after receiving her diploma during the ceremony.